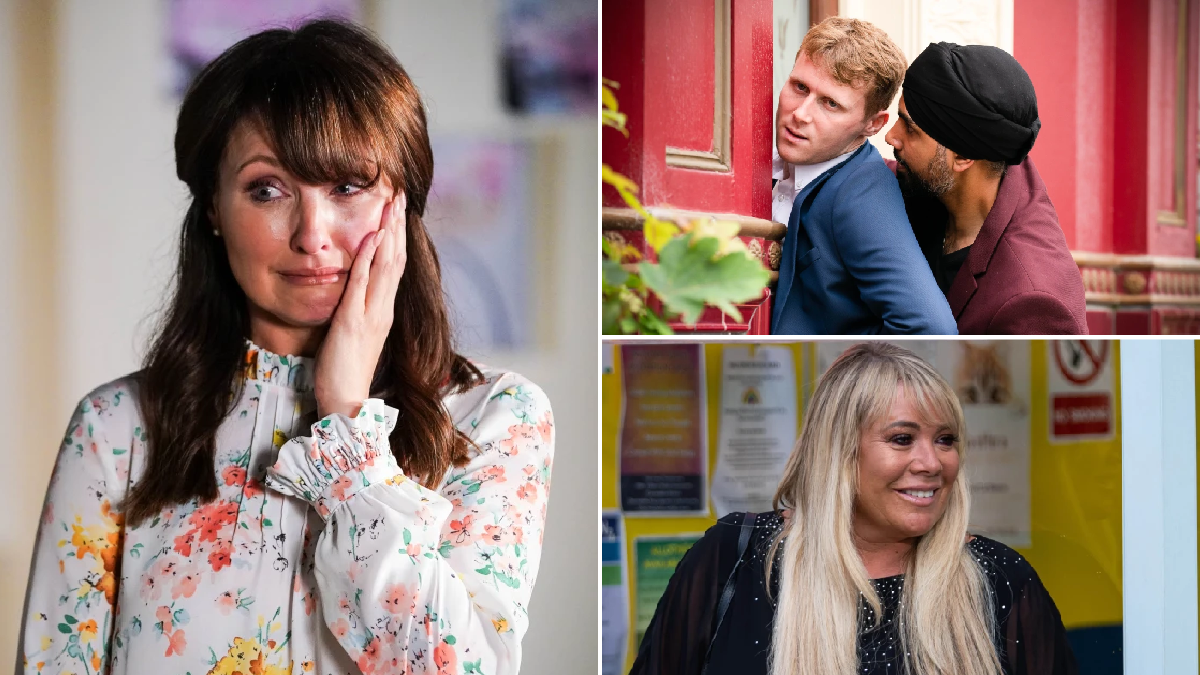 There are shock revelations and surprise arrivals aplenty in EastEnders next week, as secrets are exposed for some, while others see old faces from their past.

Honey Mitchell (Emma Barton) tells Jay Brown (Jamie Borthwick) that she can’t go to Miami with Janet, and later admits the truth about the kiss with Suki Panesar (Balvinder Sopal)!

Jay is stunned, and soon he spills the beans to Kheerat (Jaz Deol), who holds him up against a wall! Suki later pays Honey a visit and slaps her across the face, before threatening her!

Rocky (Brian Conley) scores Sonia Fowler (Natalie Cassidy) a VIP invite, but things take a turn when a drunk woman turns up and asks after Kirsty. The penny drops for Sonia, who introduces this woman – named Sandy – to Dotty. It’s her mum!

It’s all kicking off in Walford next week, and if you’d like a first look at what’s coming up then check out our gallery below.

EastEnders airs these scenes w/c Monday October 4 at 8:05pm on BBC One.