The second season of TLC’s 90 Day Fiancé: The Other Way premieres at 8 p.m. EST on Jun. 8, 2020. Among the eclectic cast of couples is 28-year-old Ariela, who hails from New Jersey, and 29-year-old Biniyam from Ethiopia. Ariela and Biniyam were dating in his home country for just a few months before Ariela found out she was unexpectedly pregnant.

Newly divorced and longing for freedom, Ariela was more scared than excited at first. But the couple decided to stay together, and Ariela plans to move to Ethiopia to be with the father of her child on the new season of the show.

And it looks like Ariela might have a few things to say about her portrayal on TLC. She has already taken to Instagram before the season premiere to call out the network for their editing of one of the teaser trailers for 90 Day Fiancé: The Other Way. 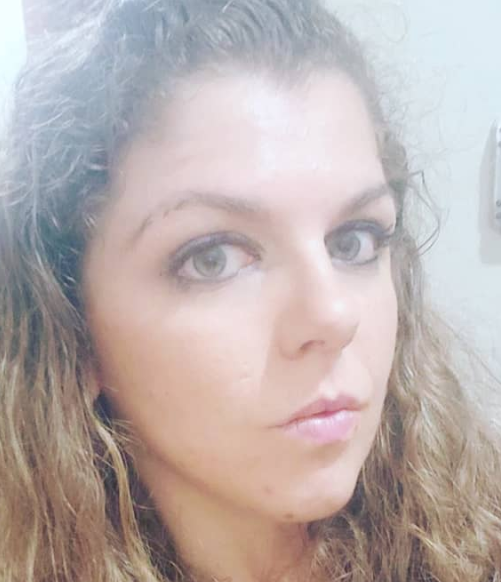 Ariela describes herself on Instagram as a “writer, explorer, world traveler, and reluctant TV personality.” Many 90 Day Fiancé fans took this as a sign that she is already not-too-pleased with TLC producers or with her first foray into unscripted television.

And on her Instagram stories, the 90 Day Fiancé: TheOther Way star seemed to confirm those fans’ assumptions when shecriticized a recent promo.

The other cast members’ home countries—Jordan, Colombia,Mexico, South Korea, and India—all flashed across the screen in between clipsof the couples’ international love stories. Ethiopia was the only one that wasleft out, although TLC might have chosen not to include it because Ariela spokethe country’s name aloud in the trailer.

On Ariela’s Instagram stories, she wondered why Biniyam’shome country was excluded. “Why isn’t Ethiopia mentioned in the trailer?” shewrote. “All the other countries got lettering!”

The 90 Day Fiancé star also seemed to joke about her upcoming reality TV appearance in another Instagram post. “I’m going to Ethiopia,” she wrote in the snarky caption. “Watch the first hour on TLC GO coming out May 29th or the first episode on June 8th. Watch so you can scratch your head and say… Don’t these braindead Americans do research on the culture before they go somewhere? Or he obviously only wants her for a green card! The fun awaits.”

I'm going to Ethiopia… Watch the first hour on TLC Go coming out May 29th or the first episode on June 8th. Watch so you can scratch your head and say… Don't these braindead Americans do research on the culture before they go somewhere? Or he obviously only wants her for a green card! The fun awaits… #90dayfiance #90dayfiancetheotherway #90dayfiancepillowtalk #90dayfiancehappilyeverafter @tlc @90dayfiance #ethiopia #realitytv #nowwatchme

Many 90 Day Fiancé fans thought Ariela was being a little dramatic.“I can’t stand her already,” one viewer wrote, hinting that Ariela mightbecome the “villain” of the upcoming season.

“She better bring someinteresting drama if she’s already complaining,” another Instagram user quipped.“Found the one who will most complain about their edit!” one critic added.

Yet another follower predicted that Ariela might not be a fan favorite on the second season of 90 Day Fiancé: The Other Way. “She’s pissed about the editing in a trailer? And already convinced her segments are better than anyone else’s in 90 Day history?” they wrote. “Uh oh. I can’t wait to read her clapbacks in the comments on her posts.”

The ’90 Day Fiancé’ star will deal with cultural differences, pregnancy, and more on the upcoming season

On the upcoming season, Ariela and Biniyam will face a number of obstacles on their complicated road to love and parenthood. In the 90 Day Fiancé: The Other Way trailer, it looks like the New Jersey native isn’t prepared for life in Ethiopia.

“I’m making a huge sacrifice for someone that I barely evenknow,” the mom-to-be laments nervously in one clip.

Later, she’s frustrated with her fiancé about the living conditionsin his area. When Biniyam tells Ariela that they don’t have a refrigerator, she’shorrified. The 90 Day Fiancé star is also nervous about giving birth ina foreign country.

“I don’t know what we’re gonna do,” Ariela yells at Biniyamin the trailer. “I can’t live in a place that has no bathroom and no kitchen!”

“You listen to me, shut up!” he retorts.

“I’m not f***ing staying here. I told you that!” she exclaims,before her fiancé replies ominously, “I’m done.”