Fans were reintroduced to Biniyam Shibre and Ariela Wienberg in 90 Day Fiancé Season 9. This time, Biniyam prepares to move to America to start a life with Ariela and their son. Although the season has just, begun there has already been a plethora of drama for Biniyam and Ariela. Biniyam has done a multitude of different jobs in the past and recently embarked on a new business venture.

’90 Day Fiancé: The Other Way’ introduced Ariela and Biniyam

In 90 Day Fiancé The Other Way Ariela met Biniyam while traveling through Ethiopia. The pair began dating and soon after had a son named Aviel together. 90 Day Fiancé: The Other Way revealed that Biniyam stays busy with multiple jobs. In Ethiopia, Biniyam worked as a club performer and dancer, personal trainer, and musician. Biniyam was also an MMI fighter. In fact, he met Ariela on his way to practice while she was waiting for a taxi.

His busy schedule kept him away from home for long hours, leaving Ariela home by herself with the baby. Ariela complained that Biniyam was never home and that she felt isolated and lonely. However, she was able to hire a nanny named Mimi who helped her understand Ethiopian culture. 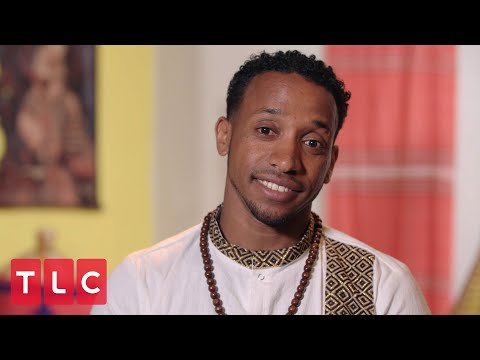 Biniyam and Ariela returned for 90 Day Fiancé Season 9. The couple went through an especially difficult time when Ariela returned to the United States without Biniyam because their son needed surgery. Now, Biniyam is moving to America to fight for his family.

Biniyam also recently started a new side hustle. The TV personality released a health and fitness program called Binifit. Biniyam promoted it on Instagram a few weeks ago, writing, “Hey guys! This is what I’ve been working so hard on! Binifit is my new platform where you can dance and work out with me.”

He continued, “We have no noise workouts for those of you living in apartments and different levels from beginner to advanced! I even show you how to do Ethiopian dance! Thank you for following my journey and supporting me! I love you guys!” It seems like Biniyam is combining his love of fitness and dance into what could be a lucrative business venture.

Will Binyam and Ariela’s relationship work out?

Biniyam and Ariela have an interesting road ahead of them in 90 Day Fiancé Season 9. The couple has been through their fair share of ups and downs, but seem determined to make their relationship work. Biniyam is also determined to move to America to be a part of his son’s life, although breaking the news to his family wasn’t easy. Additionally, the couple seems supportive of each other’s business ventures. Hopefully, everything works out for the best.