“That would mean they are completely taking control of everyone else’s art and destroying it. Netflix is far better than that,” “El Camino” star says 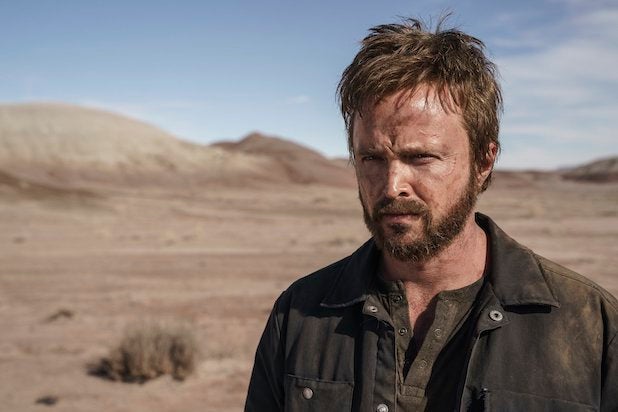 Aaron Paul, Judd Apatow and other filmmakers are speaking out about reports of a recent test by Netflix to implement a new feature on the streaming service that would allow viewers to watch video content at faster or slower speeds.

Paul, Apatow, Jay Chandrasekhar, Brad Bird and others have been critical of the company since it was reported Monday that Netflix was testing a feature that would allow users to watch films or TV shows at up to 1.5 times faster than the original speed, as well as a .5 times slower option.

Paul however, who stars in “El Camino: A Breaking Bad Movie” on Netflix, as well as Netflix’s “BoJack Horseman,” said he believes there is “no way” that Netflix would move forward with such a feature.

“There is NO WAY @netflix will move forward with this. That would mean they are completely taking control of everyone else’s art and destroying it. Netflix is far better than that. Am I right Netflix,” Paul said, mentioning the company in a public tweet. “I am honestly praising @Netflix as a company. Don’t listen to the media. Rumors are a funny thing. I love Netflix. Always have. Always will. This simply can not be true. That is all. No way will they destroy the art they have on their platform. Plain and simple.”

A Netflix spokesperson confirmed to TheWrap after it was first observed on Android Police that the test of the feature is taking place, but said it would not necessarily become a permanent Netflix feature.

“We’re always experimenting with new ways to help members use Netflix. This test makes it possible to vary the speed at which people watch shows on their mobiles. As with any test, it may not become a permanent feature on Netflix,” a Netflix spokesperson told TheWrap. Netflix added that the feature would apply to all content on the site, and that it would not further comment directly in response to talent on the subject.

Judd Apatow, whose show “Love” is available on the streaming service, said this move would represent a breach of trust between creators and distributor.

“Don’t make me have to call every director and show creator on Earth to fight you on this. Save me the time. I will win but it will take a ton of time. Don’t f— with our timing. We give you nice things. Leave them as they were intended to be seen,” Apatow said. “Distributors don’t get to change the way the content is presented. Doing so is a breaking of trust and won’t be tolerated by the people who provide it. Let the people who don’t care put it in their contracts that they don’t care. Most all do.”

In a series of tweets, Apatow elaborated that this feature is something that should be made clear in filmmakers’ contracts. Different playback speeds is a function commonly used for podcasts and is also available on YouTube, but Apatow said there is a distinction between those platforms and scripted content.