“We are confident that ‘Call of Duty’ will once again be the number one console franchise globally this year,” Activision COO Daniel Alegre says 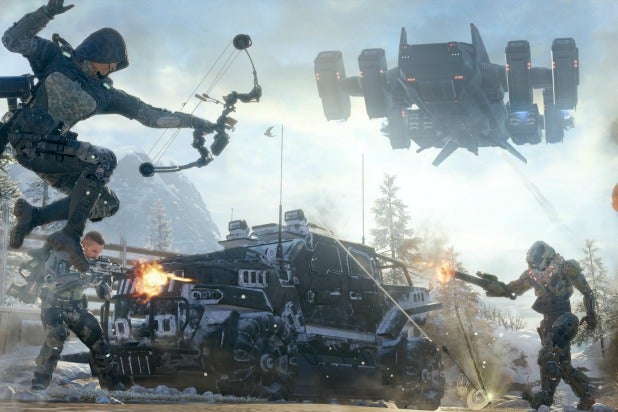 Activision announced in recent earnings that “Call of Duty” currently has 111 million monthly active users. Most of these players were on computers — Activision Chief Operating Officer Daniel Alegre said during an earnings call that the PC “Call of Duty” player base is now ten times larger than third quarter last year.

“Call of Duty” is available on the PS4, Xbox One, PC and released a mobile spin-off, “Call of Duty Mobile,” last October. “Call of Duty Mobile” has been downloaded over 300 million times since its release, Activision President Rob Kostich said, noting the game was recently approved in Chinese app stores. Mobile gaming is dominant in China and across Asia, and Activision is looking to capitalize on that.

“In terms of future growth, we do still see strong potential for ‘Call of Duty Mobile,’” Kostich said. “China obviously we believe can become a significant contributor to our overall franchise revenues. We hope to see it soon (and) we think can have great impact in the region.”

The multiplayer “Warzone” mode in the most recent “Call of Duty” has been a boon for Activision, especially as the game’s voice chat and social features prompted more players to join for socially-distant fun during the pandemic.

“‘Modern Warfare’ and ‘Warzone’ saw more than three times many monthly players as the prior title in the year ago quarter with strong growth both inside and outside our traditional regions,” Alegre said. “Console player numbers grew strongly and monthly players grew over tenfold year-over-year on PC.”

Activision will release the latest installment in the “Call of Duty” series — “Call of Duty: Black Ops Cold War” on Nov. 13, just in time for it to launch on next-generation consoles from Sony and Microsoft.

Activision’s overall player base for all its titles increased 25% annually, and its net bookings (sales generated from games) grew 46% year-over-year, pushing the company’s earnings per share to more than double last year’s total. The company surpassed earnings expectations, generating $1.9 billion in revenue, up from $1.3 billion in Q3 2019. Activison’s overall player base was 390 million people at the end of the quarter.

“With over 100 million monthly players, the ‘Call of Duty’ community is larger than ever before, and with expansion across all platforms the franchise has transformed into a truly social experience that engages and connects our players in truly epic ways,” Activision CEO Bobby Kotick said during the earnings call.