House of the Dragon: Trailer for brand new series

House of the Dragon had finally landed with the opening episode of the HBO series setting up the story and the pivotal question of succession for the Iron Throne. The new drama is set 200 years before the death of Aerys Targaryen (played by David Rintoul) and the birth of Daenerys Targaryen (Emilia Clarke) in Game of Thrones. However, the show also mentioned a brand-new piece of mythology: Aegon’s Dream.

WARNING: This article contains major spoilers from House of the Dragon episode 1

What is Aegon’s Dream?

Viserys (Paddy Considine) told his young daughter Rhaenyra (Milly Alcock) about Aegon’s Dream after he decided he would name her as his successor – making her the first queen to sit on the Iron Throne.

The king said: “Our histories, they tell us, Aegon looked across the Blackwater from Dragonstone, saw land ripe for the capture, but ambition alone is not what drove him to conquest. It was a dream.

“When this great winter comes, Rhaenyra, all of us, Westeros must stand against it. And if the world of men is to survive, a Targaryen must be seated on the Iron Throne. A king or queen, strong enough to unite the realm against the cold and the dark. 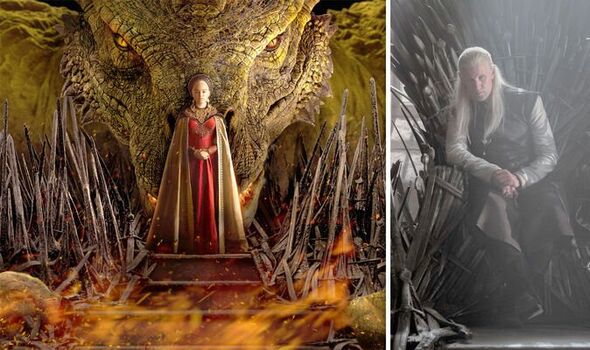 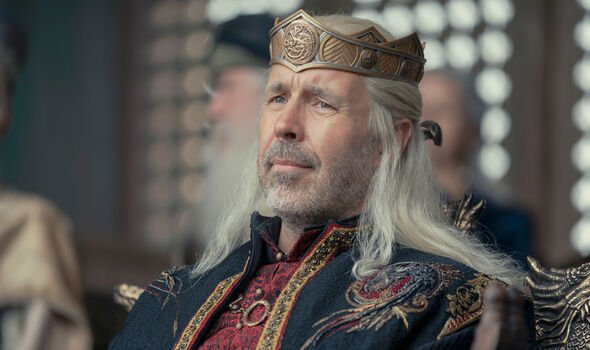 “Aegon called his dream The Song of Ice and Fire. This secret, it has been passed down from king to heir since Aegon’s time. Now you must promise to carry it and protect it. Promise me this, Rhaenyra, promise me.”

His final words mirrored Lyanna Stark’s (Aisling Franciosi) own to her brother Ned Stark (Robert Aramayo) as she handed over her child Jon Snow (Kit Harington) and made him swear an oath to conceal the child’s true parentage.

Rhaenyra looked confused by her father’s admission but vowed to keep this damning secret to herself.

Aegon’s Dream is essentially a prophecy foretelling a second Long Night, which saw the rise of the White Walkers and the battle against light and dark. 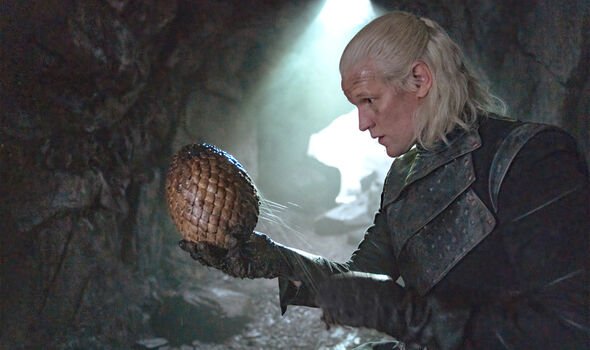 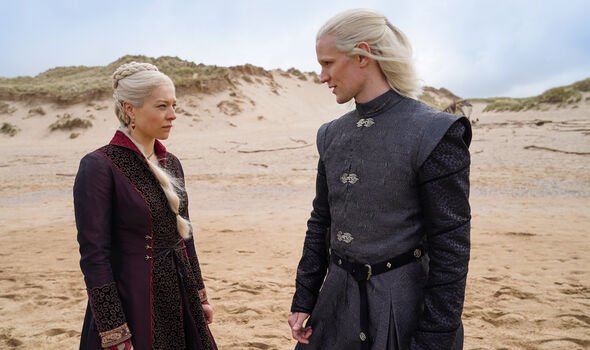 The second Long Night culminated in the final season of Game of Thrones at the epic Battle of Winterfell.

Aegon’s Dream appears to be something new introduced into House of the Dragon and doesn’t seem to be mentioned previously. Perhaps it was something which died with the end of the Targaryen dynasty and Aerys?

Also, it seems strange Aegon’s Dream is a secret passed down among the Targaryen monarchs given the end of their dynasty would bring about the apocalypse.

One theory why the dream remains a secret could be because it sounds so far-fetched and fanciful and the people of Westeros would refuse to take it seriously – it look them long enough to believe the second Long Night was approaching until the Wall was breached and the monsters spilled out into the Seven Kingdoms.

The first Long Night occurred eight thousand years before Aegon’s Conquest with the world plunged into darkness and eternal winter.

The legendary warrior Azor Ahai – also known as last Hero of First Men in Westeros – was the one who brought the world out of darkness and ended the Long Night after he defeated the White Walkers.

As time went on, the Long Night became the stuff of legends told to children as bedtime stories with Old Nan (Margaret John) recounting tales to Bran Stark (Isaac Hempstead-Wright) about giants, direwolves and other creatures.

So, it’s unsurprising the Targaryens don’t want people to know about this huge, world-changing event.

Another reason why Aegon’s Dream might be kept under wraps could be because it essentially means a Targaryen must always be seated on the Iron Throne – something which cynics and enemies of the family may view as a way for the family to hold onto power.

The dream echoes Daenys prophecy about the fall of Valyria and the Doom, but Aegon’s dream only seems to be accurate up to a point.

The fall of Aerys does indeed mark the return of the White Walkers and the second Long Night.

However, the dream does feel like a bit of a plot hole as well given Daenerys’ death spells the end of the Targaryens altogether and yet the world continues to go one as Westeros progresses as a republic.