Madison Prewett nearly won The Bachelor last season when competing for the final rose from Peter Weber. Ultimately, things didn’t work out due to his bed-hopping with the other ladies on the show.

There have been plenty of rumors about who Madison has been dating since her time on the ABC reality show. She’s been linked to Colton Underwood and Connor Saeli but she denied dating both.

In fact, Madison explained why she wasn’t dating anymore following her split with Peter after The Bachelor back in May. But that didn’t stop Bachelor Nation from digging into her love life and finding some really flirty messages with Baltimore Orioles catcher Adley Rutschman back in August.

It’s looking like things have changed with the seasons and now, Madison Prewett has been spotted on a date with an NBA star.

Now, Madison is happily moving on from Peter Weber after taking a lengthy break from dating. So far, The Bachelor beauty hasn’t confirmed or denied anything.

We learned about Madison’s new love interest by way of his sister, Bri Porter. She posted a photo on Instagram from a recent double date. 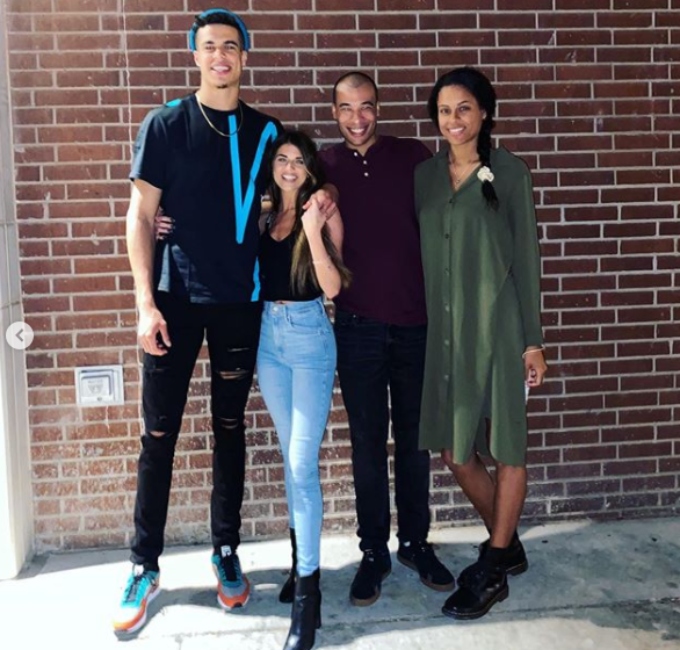 Further proving that this was from a date night, Bri captioned the photo, “My fav double date.”

In the photo, Madison looks tiny compared to the NBA star, even in her high-heeled boots, she is, by far, the shortest person in the group.

The Bachelor fans gush over Madison and Michael

It’s pretty clear from the comments section that The Bachelor fans are happy for Madison and they really think that her new NBA star beau is a huge upgrade from Peter Weber (who has since moved on with runner up Kelley Flanagan.)

One wrote, “Madi was my absolute fav on the bachelor! I’m glad she finally found a nice guy.”

Another Bachelor fan said, “What an upgrade @madiprew!”

“I hope things work out for them! Madi deserves to be happy and they make a cute couple!” another fan wrote.

Clearly, The Bachelor fans still love Madison Prewett and are happy to see her finding happiness away from Peter Weber.

The only downside is that if Madison is happily in a relationship, we won’t see her pop up later on Bachelor in Paradise.

The Bachelor has begun filming Matt James’ season and is expected to return to ABC later this year.