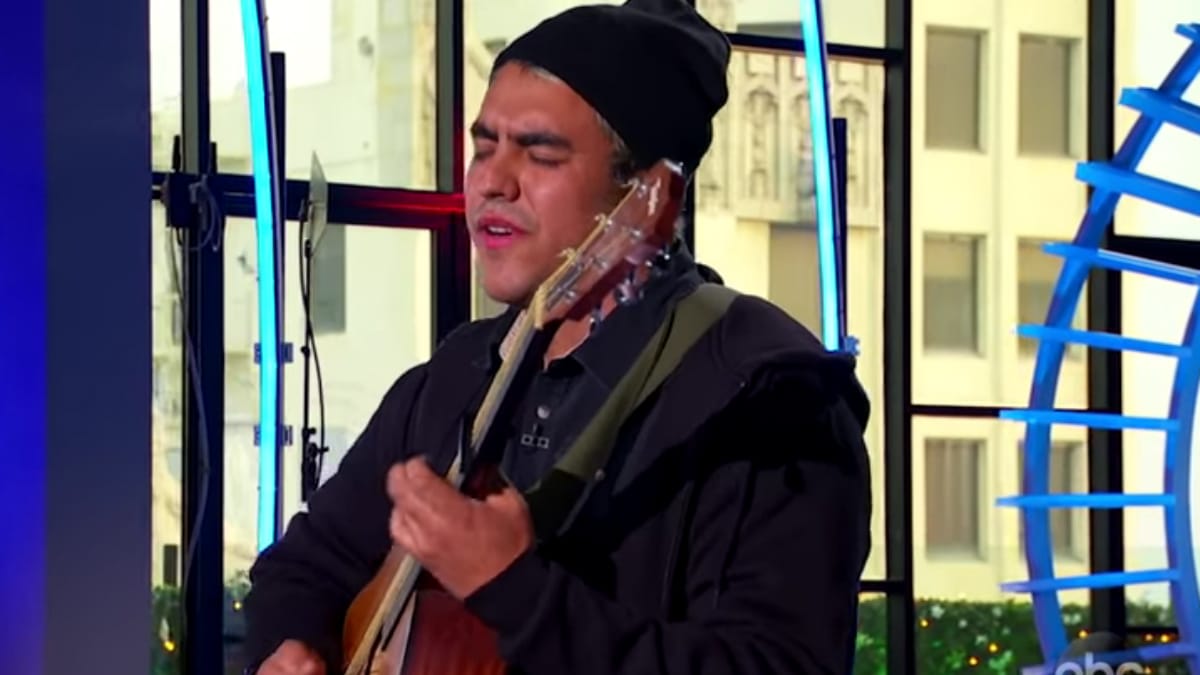 Alejandro Aranda was the last person to audition on day two of the American Idol auditions and they definitely saved the best for last. Aranda told the judges that he turned to music at age 20 and learned to play the guitar and piano.

When he sang for Katy, Luke and Lionel, they weren’t ready for the immense talent that he brought.

Aranda revealed that he was homeschooled and that his talent was self-taught. He explained that he left a job in a warehouse to make music and even performed on the street.

Often when competitors bring original songs, they don’t do that great but not Alejandro. His original song Out Loud had the judges in awe as none of them could believe how talented he is.

Alejandro Aranda’s performance brought all three judges to their feet. Lionel Richie was so moved that he even gave Alejandro a big hug.

“This is going to be the greatest show,” Lionel gushed.

Then, Lionel said he wanted to hear Alejandro play piano and even though he said he hadn’t “played piano in a minute,” the American Idol hopeful did just that and he did it with ease.

“I just feel like I’m in the presence of greatness,” Luke Bryan said in awe. Then he told Alejandro how glad he is to have him right there auditioning. “I’ve just never seen anything like it. It has totally rocked my world.”

When Katy Perry asked Alejandro Aranda if he thought he was the next American Idol, his humble nature shined and he told her that he really didn’t know if he was because there was a lot of talented people there.

Then, when asked who his hero is, without a beat, Alejandro named Nine Inch Nails frontman, Trent Reznor. He also said Chopan and Bach were also up there as his biggest inspirations. All three are amazing musical talents and none of them sound anything like him.

With that, all three American Idol judges admitted that Alejandro’s audition was one of the best they had seen and that they didn’t want to see another singer that day. Unanimously, they congratulated Alejandro Aranda on his audition and told him that he was headed to Hollywood.

American Idol airs on Sundays and Mondays at 8/7c on ABC.