Helen, Graham and Jack Acreman are a family of farmers and stars of the BBC’s This Farming Life. The documentary series follows a number of farming families as they live and work in the countryside. The Acreman family run a Scottish farm in the North West Highlands and on a previous episode of the BBC show things descended into chaos when two of their pigs got into a fight.

In one episode of the BBC show, Graham and Jack took on the challenge of fixing up a pigsty on their farm.

But, Jack soon pointed out it was a tricky task when the animals got in the way.

He explained: “It’s less than ideal trying to fix a pig house with pigs knocking about.”

There seemed to be one pig, named Miss Piggy, who didn’t want to move out of the farmer’s way. 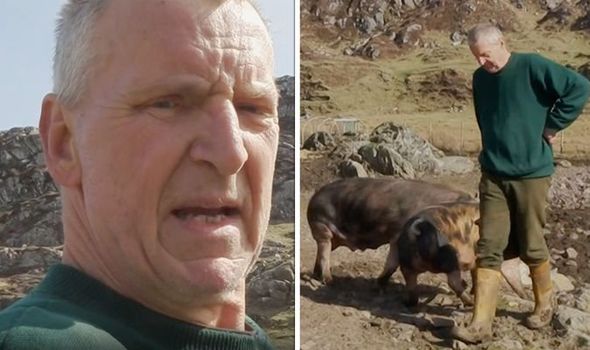 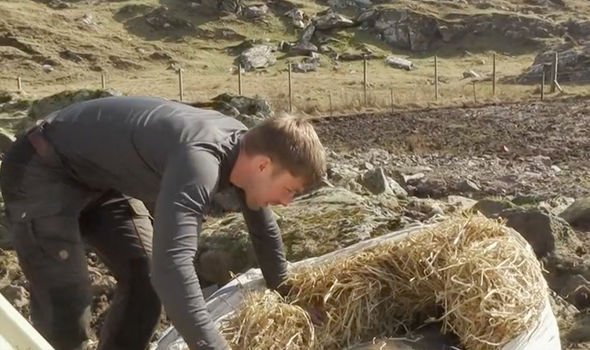 “We’re just going to try and wake the pig now so we can put the straw in,” Graham told viewers.

The farming duo quickly realised the animal was sleeping soundly in the pigpen and so had to try and wake her up.

“She’s absolutely fast asleep in there,” Jack said, before patting the pig on the back in an attempt to wake her up. 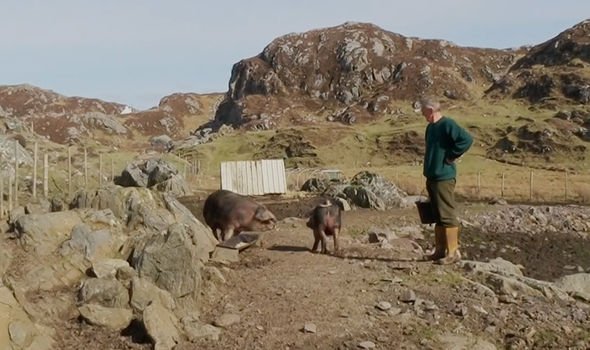 Miss Piggy eventually woke up but was still not budging, so Jack had to use some muscle to try and push her towards the gate.

“Come on,” Jack said encouragingly to the pig, with Graham adding: “Hey come on.”

After a lot of effort, Jack eventually managed to get Miss Piggy out of the way.

But, it wasn’t long before another problem arose with the pig getting herself into yet more trouble.

“Miss Piggy’s teenage daughter is moving back in.”

As the animals were reunited it became clear they weren’t too pleased to see each other.

The pigs broke out into a fight causing Graham to have to dash out of the way in a bid to escape to safety.

“Hey! Hey! Hey!” Graham yelled at the pigs, hoping to break them up.

Jack explained to viewers that moving animals between pens is never a simple task.

“Whatever gate it is, it’ll always go wrong. Whatever animal it is,” he added.

This Farming Life is available to watch on BBC iPlayer.