AMANDA Holden channelled her inner Sharon Stone as she showed off her legs in a stunning dress.

The 50-year-old TV star looked every inch a Hollywood siren in her sleeveless beige number. 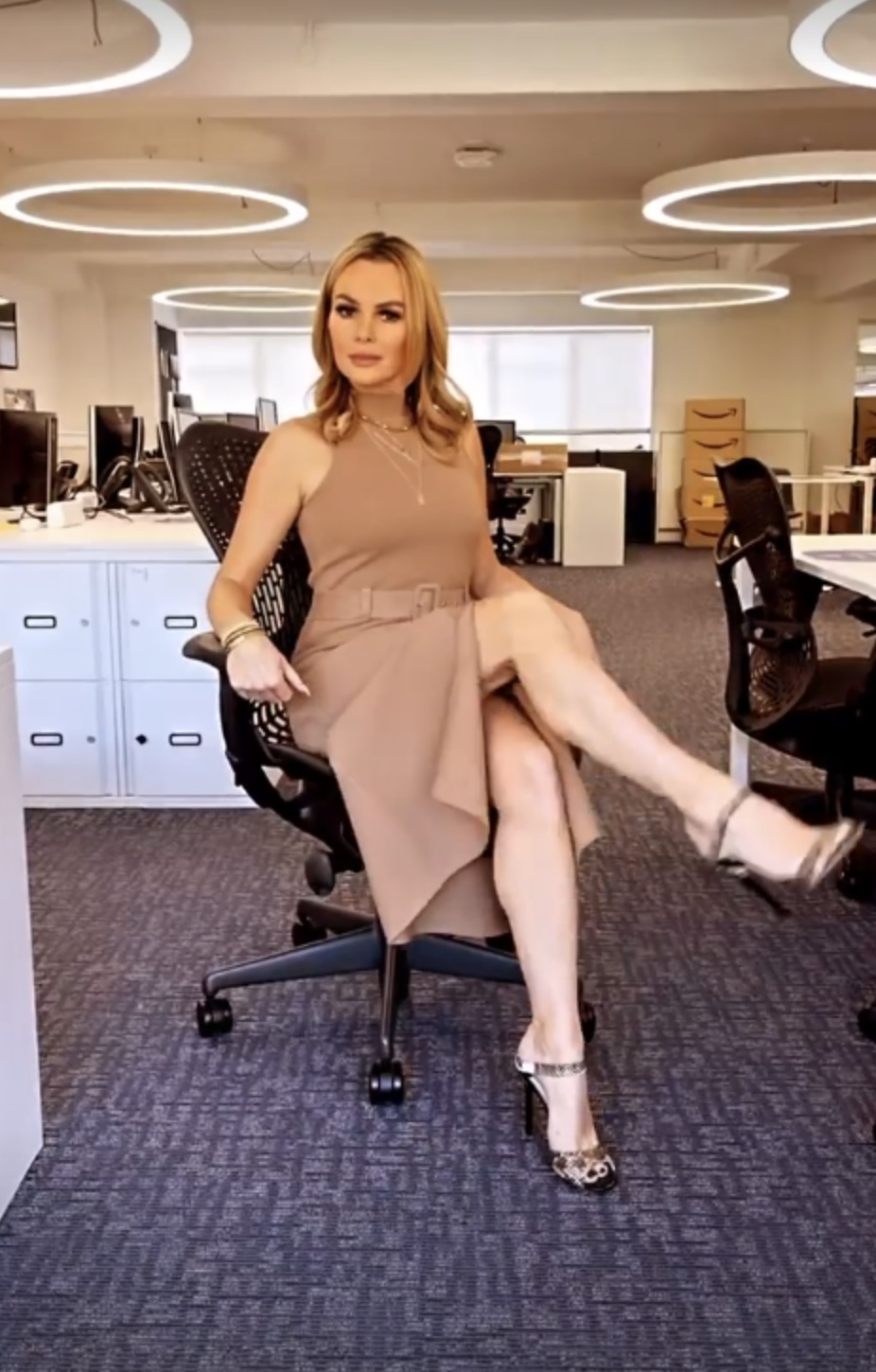 Amanda posed just like actress Sharon did in that VERY famous leg crossing scene from the hit 1992 film.

The mum-of-two looked flawless in the picture, which saw her blonde hair softy curled and wearing a natural make-sup natural.

In the photo she is showing off her slender legs by perching on her office chair.

Amanda was certainly the boss lady as she teased a new TV project just last week. 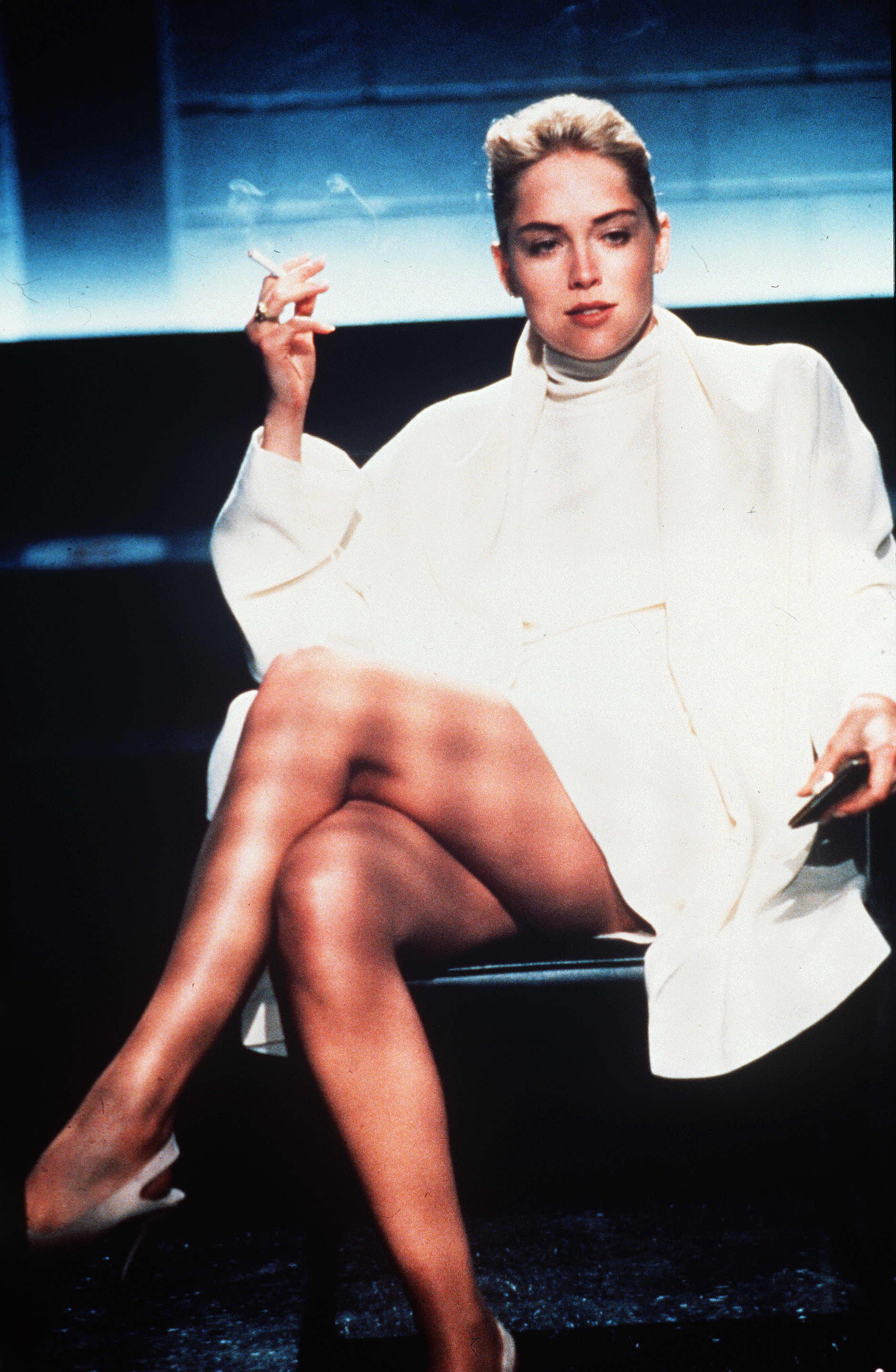 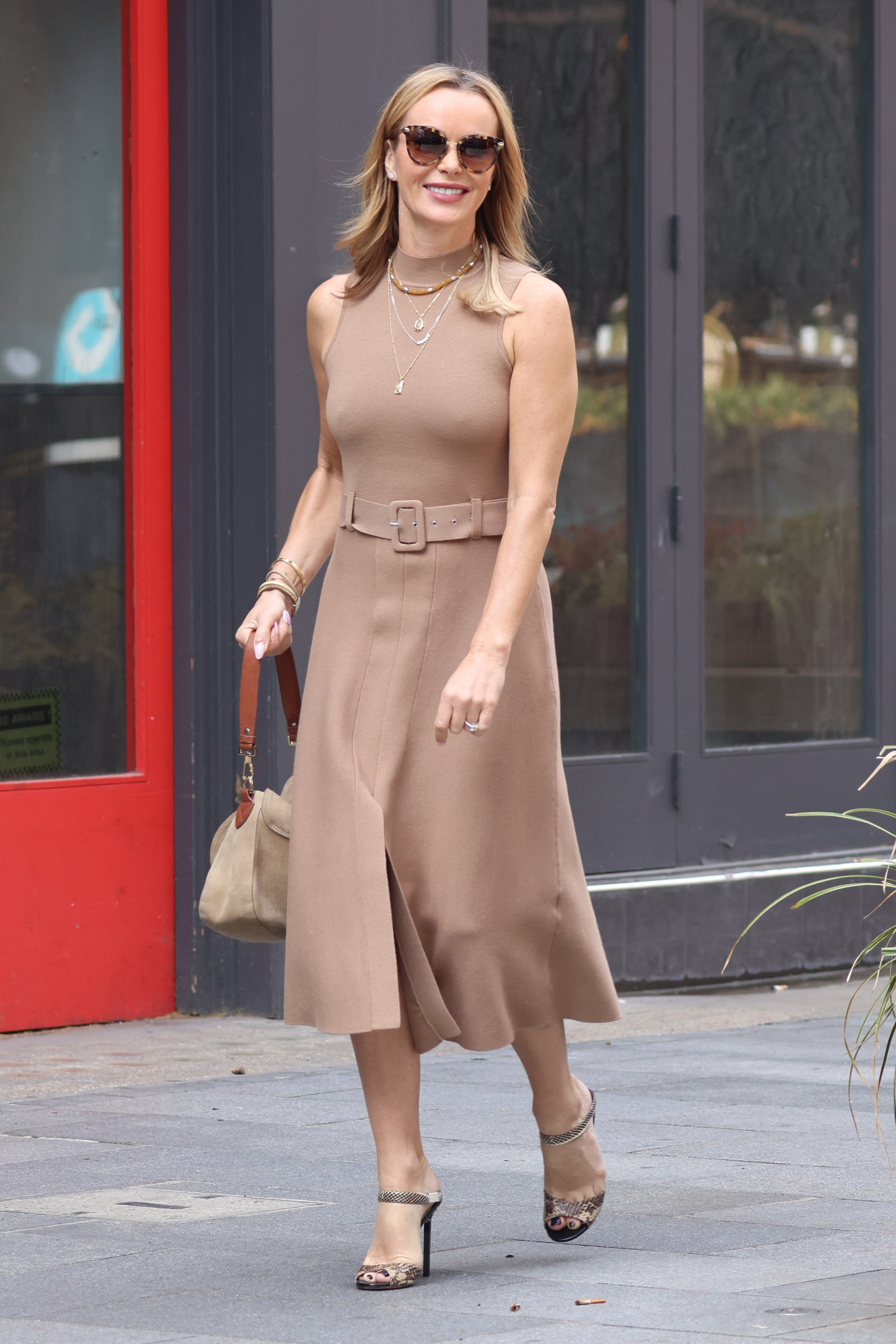 Posing like Sharon, this time in a white dress, Amanda teased a new project by writing next to the picture: "Filming again today. Haven’t stopped howling."

The Sun exclusively revealed how Amanda is to become the queen of primetime TV after bagging herself a new series on Channel 4.

The new deal means the star is the first person to work across all three of the major UK channels thanks to her other agreements with the BBC and ITV.

She is currently on BBC One’s I Can See Your Voice and is due to return to the judging panel of Britain’s Got Talent on ITV for its 15th series next year. 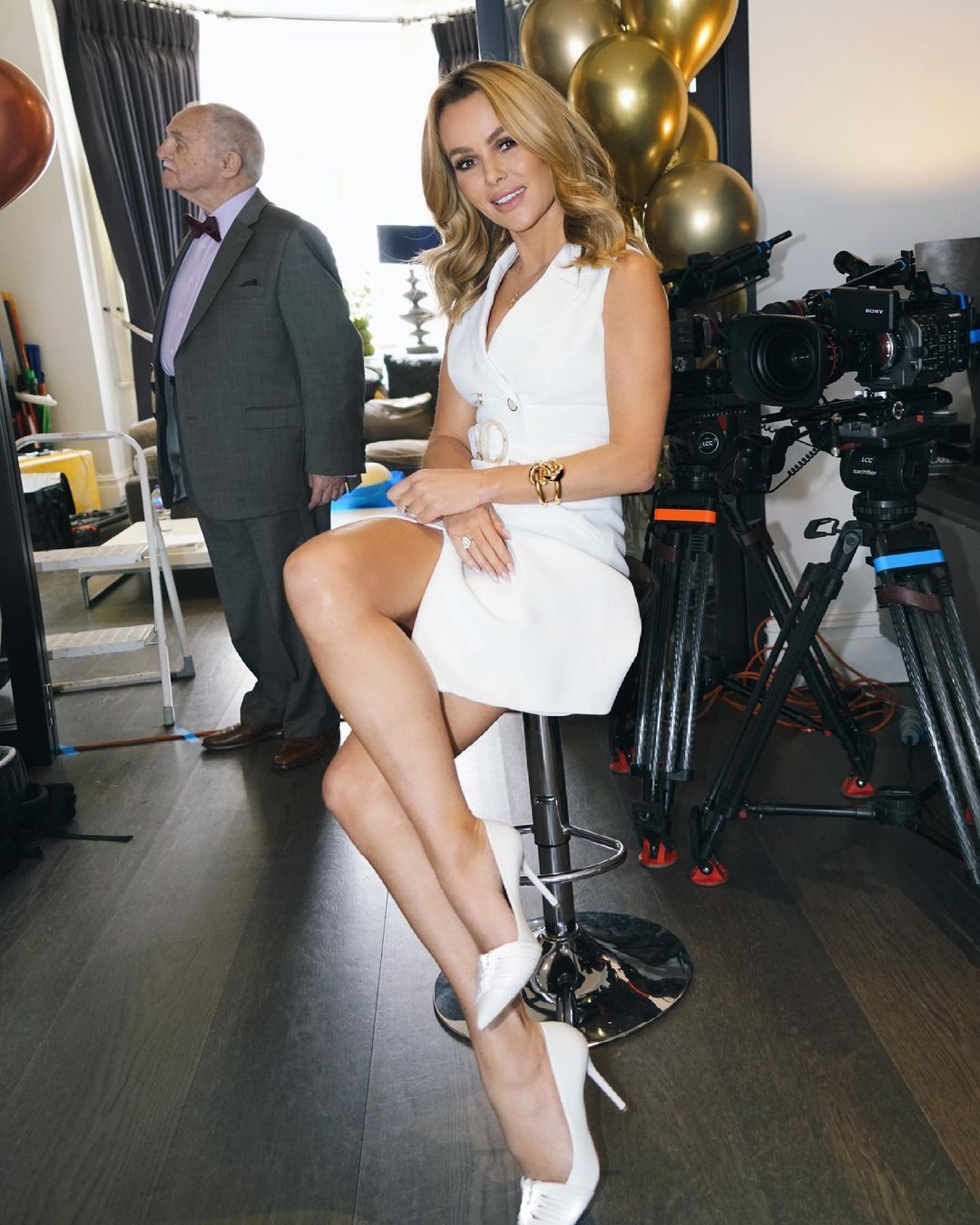 Her bumper deal came about after she refused to sign a "golden handcuffs" contract, meaning you are tied to a single channel.

A source close to her said: “This is the first time Amanda has worked with Channel 4.

“It’s a top-secret brand new show format and will take Amanda back to her TV roots, having started out on shows like Kiss Me Kate, Hearts and Bones and Cutting It in the Nineties.

“Everyone wants a piece of Amanda right now.