Amanda Holden has expressed her outrage at the UK government’s response to Ukrainian refugees, with the BGT star declaring: ‘Priti Patel is winning’.

The presenter recently visited the Ukrainian border, as she starts a podcast speaking to civilians affected by the conflict.

Speaking on Good Morning Britain, she referenced the paperwork refugees are forced to fill in, saying ’35 pages of paperwork, of which the first five questions are asking those refugees what their financial situation is, what their mortgage situation is, when they literally have a bag on their laps with all their possessions in.

‘It’s utterly ridiculous. Priti Patel’s winning, we’re not going to be getting many people coming into our country despite the fact 150,000 people have volunteered to open up their homes.

‘I felt quite cross about that to be honest.’

A government spokesperson told the programme: ‘We are moving as quickly as possible to ensure that those fleeing horrific persecution in Ukraine can find safety in the UK and our Homes For Ukraine scheme now allows those without family connections to come here.’

Amanda, 51, recently spent time at a refugee camp at Medyka in Poland, within touching distance of Ukrainian soil. 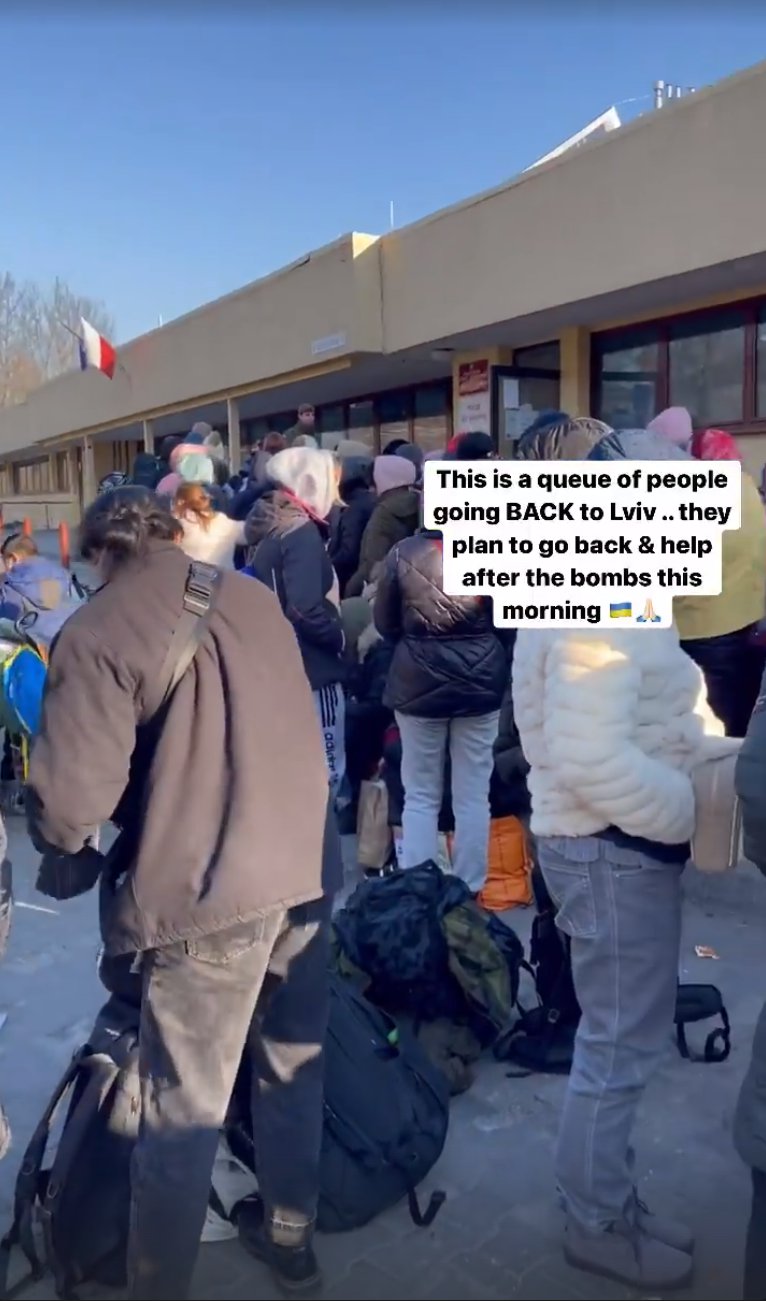 She shared a series of pictures and videos on her Instagram story, updating her 1.8million followers on the situation at the border.

The TV star also shared pictures of charity stands and called out the British government for their response to the war, writing: ‘This little charity trying to make a big difference despite the ridiculous bureaucracy of our government.’

She said of her podcast: ‘I wanted to use this podcast to speak with mums, dads, sons and daughters about what is happening on the ground in Ukraine.

‘At this time it’s vital that we don’t turn away, but we turn towards them and hear their stories and try to help in any way we can. Their stories are so important.’

Russia’s invasion of Ukraine has led to the fastest-growing refugee crisis in Europe since the Second World War, according to the UN’s high commissioner for refugees Filippo Grandi.

Millions of people have fled the country since Russian president Vladimir Putin ordered his troops to invade on February 24.

The majority of those who have left Ukraine are women and children. Men of fighting age have remained.