James Bond bailed on 2020, the world’s largest theater chain is now a junk bond, and studios broke a record for the most theatrical releases that switched to home platforms in a single week. Robert Zemeckis’ “The Witches” (Warner Bros.) joins “Borat 2” (Amazon), “The Craft: Legacy” (Sony), and “Greenland” (ErosSTX) as titles to be available at home, all within the next few weeks (the first three this month).

All of this took place against the White House’s announcement that President Trump and the First Lady now have COVID. The Commander In Chief is (in)famous for downplaying the virus and that one day it will just disappear. Theaters might wish such magical thinking were the case; at this point, however, they may need to start casting spells of their own.

The newest homebound titles are budgeted at perhaps $50 million or lower. While not positioned as blockbusters, they would have been embraced by starving theaters who have little new to play between now and the hoped-for November 20 release of “Soul” (Disney).

“Borat 2” (officially “Borat Subsequent Moviefilm”), acquired by Amazon, will be available for its Prime subscribers October 23, 11 days before the election.

Sasha Baron Cohen (also starring in Netflix’s “The Trial of the Chicago 7,” streaming October 16) quietly made the sequel to his breakout 2006 hit (worldwide adjusted grosses around $300 million), resulting in the first domestic feature produced during the pandemic. It appears it will have no theatrical play (unlike another Amazon title Regina King’s “One Night in Miami,” which will have a limited awards-oriented presence in December, three weeks ahead of streaming). This film needs minimal marketing and is likely to draw a strong initial audience.

Compared to other genres, comedies have the most to gain from theatrical audiences. The first “Borat” had a winning reputation for inspiring mass laughter in auditoriums, and that aided word of mouth. Beyond audience resistance, seating restrictions make theaters a less attractive option for the sequel. 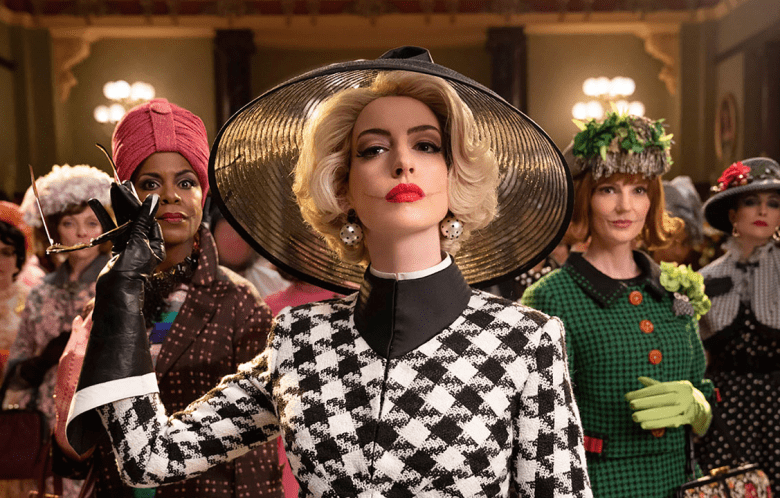 “The Witches” has an October 22 domestic streaming date, but will be available for theaters internationally starting October 28.

This is the second adaptation of Roald Dahl’s family-oriented adventure tale. Nicolas Roeg made a fine version for Warners in 1990 starring Angelica Huston; this one includes Octavia Spencer, Anne Hathaway, Chris Rock, and Stanley Tucci. Zemeckis hasn’t had a hit in a while, but this looks attractive. The studio initially positioned this in what has been a prime slot — “Gravity” and “Joker” opened here — as well as for Halloween play.

Before “The Witches,” Warners’ only home-viewing  reroute was “Scoob!” Here, the studio is taking the title directly to its nascent streaming site, HBO Max. (The platform picked up “Scoob!” after weeks of VOD play.) Is it a play to increase subscribers? Family-oriented titles have thrived there above others.

“The Craft: Legacy” will go to PVOD on October 28.

This is a sequel to the 1996 horror film, which was a modest hit with an adjusted $50 million domestic gross. Sony produced this with Jason Blum, normally a Universal player. (His home studio went PVOD with Blum’s “You Should Have Left” earlier this year.) Previously, Sony sold the Tom Hanks-starrer “Greyhound” to Apple TV.

Universal vacated the pre-Halloween period when they undated “Candyman” (no word on its future, although the studio’s early-window deal with AMC Theaters might suggest a dual-platform option ahead). Sony announced that “The Craft” will debut at $19.99; international plans are vague, but theatrical play in unspecified territories has been indicated.

Gerard Butler fighting to save his family was ErosSTX’s major fall release. Through foreign deals, the film has already opened in multiple international territories and amassed close to $20 million. Budgeted at $34 million, the film already looks like a success. Apart from the revenue to be accrued from PVOD (set for sometime before the end of the year, with an October 13 date listed on some sites but not confirmed), it will reportedly earn $20 million or more for a U.S. licensing deal with HBO Max. Amazon Prime will handle this in Canada, the U.K., and Australia. (This remained on the release schedule in Britain, but with the surge in cases there they opted for the streaming deal.)

Both “Bill & Ted Face the Music” (United Artists) and “Antebellum” (Lionsgate) seemed to find reasonable returns with their recent PVOD play, which returns 80 percent of the gross to the studio. As other companies see this, along with the weak returns from theaters, it inspires them to bring new titles into play.

Here’s the silver lining for theaters, however slim: None of this suggests that more “Mulan”-level titles are about to jump to home platforms; Bond headed for Easter, after all. Still, that may be cold comfort; at this rate, it’s no longer clear how many theaters will be there to welcome 007’s return.

Sign Up: Stay on top of the latest breaking film and TV news! Sign up for our Email Newsletters here.</a