Andrew Marr has described Russian President Vladimir Putin as ‘one of the cleverest men that I have ever interviewed’ as he accused the leader of hiding behind his country’s nuclear capability.

The veteran broadcaster, who left the BBC in November last year after 21 years, interviewed Mr Putin in 2014 ahead of the Winter Olympics in Sochi.

Reflecting on their meeting, Marr told Susanna Reid and Richard Madeley on Monday’s Good Morning Britain: ‘He was extraordinary.

‘He’s got this very famous, cold, cold stare that people talk about, but I would say, listening to him, because he was being interviewed then in lots of different languages, he’s one of the cleverest men that I have ever interviewed.

Marr continued: ‘I was in a slightly disturbed state myself, because I just interviewed Elton John before I had gone out to Sochi in Russia. 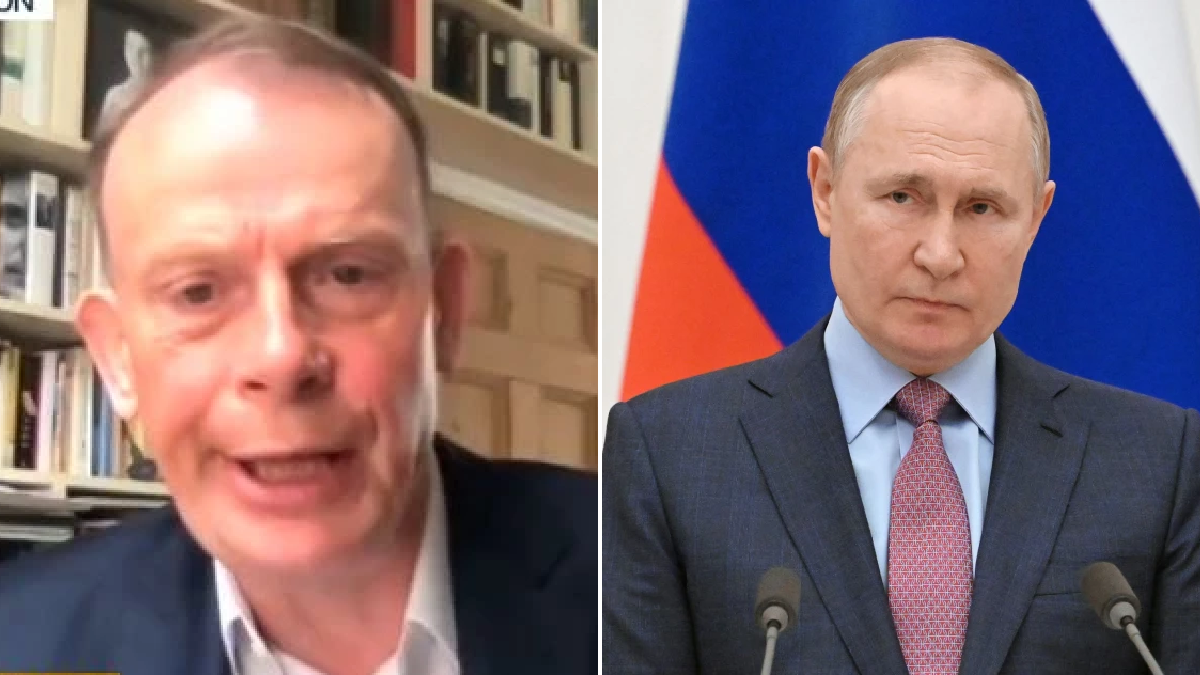 ‘If you remember, there was a big gay rights issue at the Winter Olympics, suspicion the Russians were homophobic, and Elton John said “Oh, you’re off to see Vladimir Putin.”

‘I said yes, and Elton John said “Well, give him a Donna Summer album and a kiss from me.”

‘And I thought “I can’t really do that”, but that was going around in my head as I was talking to Putin. So it was a real moment.’

He added: ‘Over the last 50 years we have faced, as a country, frankly deranged foreign leaders, or people whose mental stability we were unsure about, and we have faced nuclear threats, but what we haven’t faced before is the two things coming together at once.

‘And that’s why this is such a dangerous moment for us and for the world.’

Asked if he thinks Mr Putin is hiding behind Russia’s nuclear umbrella, Marr said: ‘Exactly. I think the concern here is that he hasn’t got many other places to go.

‘I think the economic stranglehold on the Russian economy is brutal, and, by all accounts, highly effective.

‘He’s going to find it very, very hard to keep his country running; they’re running out of money, there will be quite soon… people are going to be rioting in the streets about that.

‘His war machine is not a very warlike war machine. They’re very, very good at killing unarmed civilians, they don’t seem to be quite so good at fighting.

‘He’s in real, real trouble in Kyiv. So what else does he have left? Frankly, he’s got nuclear weapons left. And that’s why I think we’re going to hear more and more blood-curdling threats from him, and we’re going to have to, as we say in Scotland, keep the heat.’

Good Morning Britain airs weekdays from 6am on ITV.