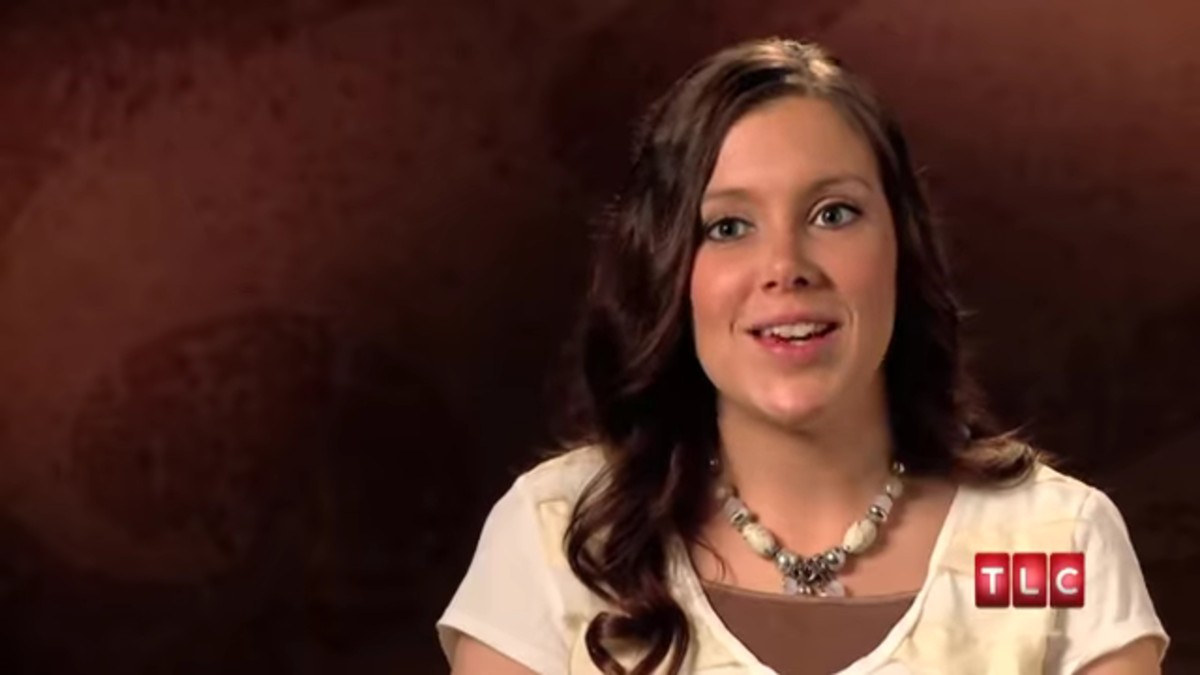 Anna Duggar is joining some of her sisters-in-law and jumping on the social media influencer bandwagon.

Yesterday, she shared a deal for Royal earbuds on her Instagram story. It is a company that has partnered with some of the other Duggars before.

What is Anna Duggar selling?

The former reality star is working to promote earbuds. Anna Duggar did a three-part Instagram story where followers could see her using them and then see where to find them and get a code for a discount.

This social media influencing by promoting products appears to be a big thing among the Duggar children and their spouses. Anna has joined others like Jill, Jinger, Jana, and Jessa Duggar. Some of the others from the Counting On family have done it a time or two, but these women are known for their promotions.

Having Anna Duggar as a sponsor is interesting given the stigma she and her family carry because of her husband, Josh Duggar. So far, there haven’t been any noticeable complaints, but given how fast some followers get in touch with sponsors, this may be a sign that this partnership will be okay.

Jinger Duggar hasn’t been as lucky with her influencer career. She has lost several partnerships, including one recently, due to her affiliation with the Duggars as a whole and their beliefs. 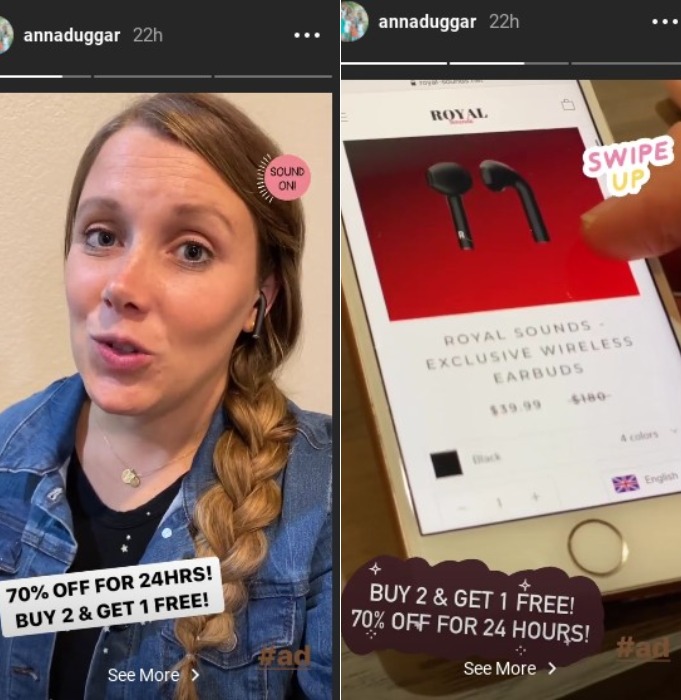 Where has Anna Duggar been?

It has been almost two weeks since Anna Duggar shared anything on social media. Prior to the break, she was sharing photos of her kids frequently. There was also some promotion for Counting On as well.

She has been appearing on the show quite frequently over the last few episodes. There was the Christmas party the Duggars hosted and then the get-together she had with her sisters-in-law who all welcomed babies from the 2019 Duggar baby boom.

There has been a lot of talk about Anna and her braiding skills, which she featured in her Instagram ad. Her hair was pulled into a side braid and looked stunning. Of course, there is no way to comment on Instagram stories, so there hasn’t been too much talk about her hair this time around.

Plenty of things have changed for Anna Duggar over the last five years. She has learned to roll with the punches, and now, it looks like she is working toward getting back on her feet and more integrated with the family again.

Counting On airs Tuesday nights at 9/8c on TLC.