It came as absolutely no surprise that Ant McPartlin and Declan Donnelly won their 20th gong at the National Television Awards last week.

In fact, it was more surprising that Ant and Dec were surprised after two decades of no surprises.

They are, after all, the darlings of British TV; the nation’s sweethearts, taken under our wings since their days in Byker Grove and embraced all the way through the years as they’ve fronted shows like I’m A Celebrity… Get Me Out Of Here!, Britain’s Got Talent, Saturday Night Takeaway and everything in between.

There’s no denying that the dynamic duo have a special chemistry that’s not only hard to find, but which translates well to the audience. Ant and Dec have mastered the art of cheeky banter that your grandma would love without being awkward.

However, with all that being said – and not to sound like a petulant child – but, isn’t it someone else’s turn on the ride yet?

British model Leomie Anderson hit the nail on the head when she tweeted: ‘No offence to them but this is exactly why I’d rather take my chances in America than stick around the UK in the hopes they’ll give a girl who looks like me a chance to have my own TV show/ present.

‘They will never retire these types of characters.’

‘I nearly had my own TV show eight times. I came up with a TV show format or wrote a sitcom and got it to a channel, whether it was BBC, Channel 4, Comedy Central, whoever and it never got over the line. 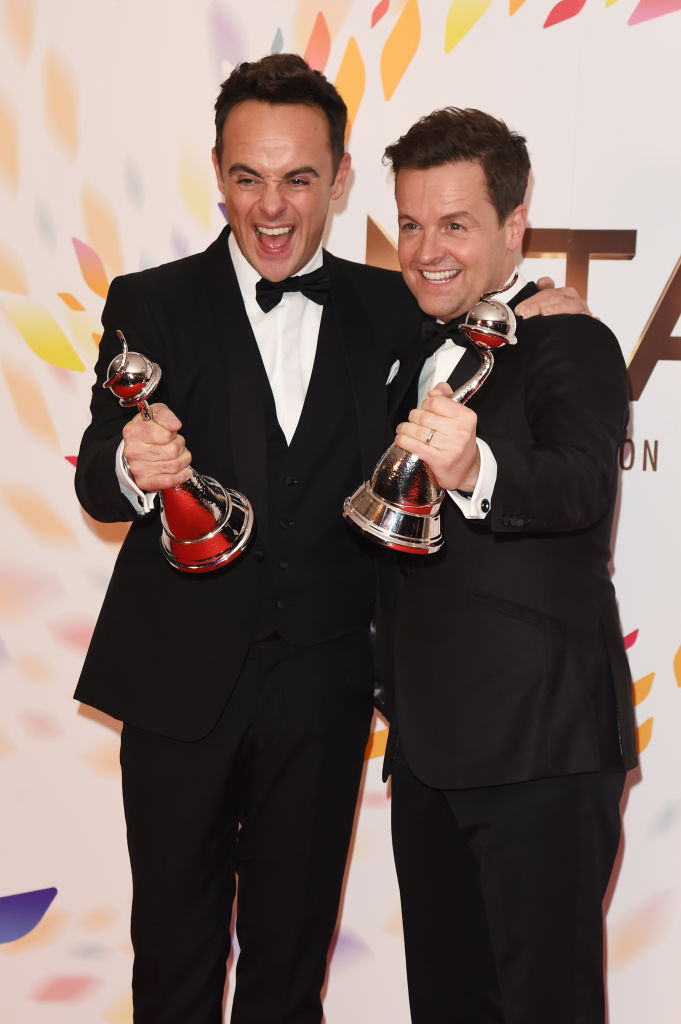 It was a raw account of what goes on behind the scenes for Black women in entertainment but, most of all, I appreciated her honesty because she told the uncomfortable truth without fear of the relationships and opportunities she could have risked.

Gina Yashere was another Black British comedian I grew up watching for years and even saw a couple of her stand-up shows. Now, she lives and works in the States where it seems she’s found stable work.

The same can also be said for actors such as Damson Idris, who is better known for his outstanding role in FX series Snowfall in America but here at home? He most certainly doesn’t receive half the recognition he deserves.

Ant and Dec’s win isn’t solely a race one but it does open the conversation about how the British TV industry views Black presenters.

There are Black TV presenters who have been grinding for years but the chance to even receive a nod at the NTAs for their hard work may currently feel like a pipe dream.

Maya Jama and AJ Odudu are among the most prominent presenters of the younger generation and have been grafting for years, but it only feels as though they’re now just getting their shine and, even then, it’s questionable.

How many of us grew up loving Angellica Bell on Blue Peter? It never felt as though she earned the recognition she deserved.

Earlier this year, I spoke to former CITV presenter, Leah King-Charles, who revealed how a main TV channel sweet-talked her into thinking she was ‘next’ in line for a big break on primetime programmes. Only, she was left behind and the white talent she came up with, such as Stephen Mulhern and Holly Willoughby, suddenly had all these opportunities.

She said she was even ‘pitted against’ a ‘rival’ presenter Angellica by TV ‘producers and staff’ before they finally became friends years later, realising how they were played in the game.

It is perhaps misleading to say there aren’t opportunities for people of colour within TV – it’s more about whether the effort is made to ensure it’s an equal playing ground.

Channel 4 has proven that Black people aren’t a risk after successfully executing their Black To Front initiative, which saw the channel’s schedule completely taken over by Black talent.

So when we sigh and eye-roll at Ant and Dec winning yet another award, campaigns like Black To Front inspire hope that maybe the industry is changing slowly but surely.

But, before we get our hopes up, let’s wait and see if the co-hosts make it to their 21st NTA.