THE Antiques Roadshow crowd gasped after a robe broke show records with a life-changing valuation – but there was one big problem.

Expert Lee Young met a couple while stood next to the stunning robe, and he told them: "There are those moments in your life that you will always remember, and I will always remember standing here, but I certainly will also remember the first time that I saw this spectacular robe."

He asked how they came to be in possession of the robe and the man revealed it had been brought to the UK by his wife's grandfather in the early 30s after working as the general manager of the Standard Bank in India.

Lee then asked where it had been since and the lady replied: "It was in the dressing up box!"

Lee then went on to explain the importance of the robe, saying: "1750, it certainly would be Imperial, it's a lady's robe.

"A robe of 1750 is a very rare robe indeed. There are few survivors, the only other ones I know of this type, you'd have to go to Beijing and go to the Palace museum to see one of these. It really is a museum item.

"Now the colour is important, a bright yellow would be for the Empress or the Dowager Empress, or the first ranking concubine.

"This isn't a bright yellow, it's got a slightly kind of lime-y, just a slight green tinge to it.But it is certainly Imperial."

He then explained more about the design and showed off the red brocade lining the inside of the garment.

"If you look at the dragon here, it wasn't intended to be two-tone. What's happened there, I would suspect, is when they've mixed the gilt on the copper wire, that actually the copper has oxidised.

"Ultimately it will affect it's value. I think that at some time, someone has actually turned up the bottom and it's probably a little shorter than it should be."

However, it didn't stop what he said next causing an audible gasp among the Antiques Roadshow crowd.

The couple were visibly stunned then both said "Oh". The man eventually added: "That's surprising."

Lee told them:"I wouldn't be surprised if it made a bit more as well."

Still taking it in, the man joked: "Well we won't be putting it in the dressing up box again." 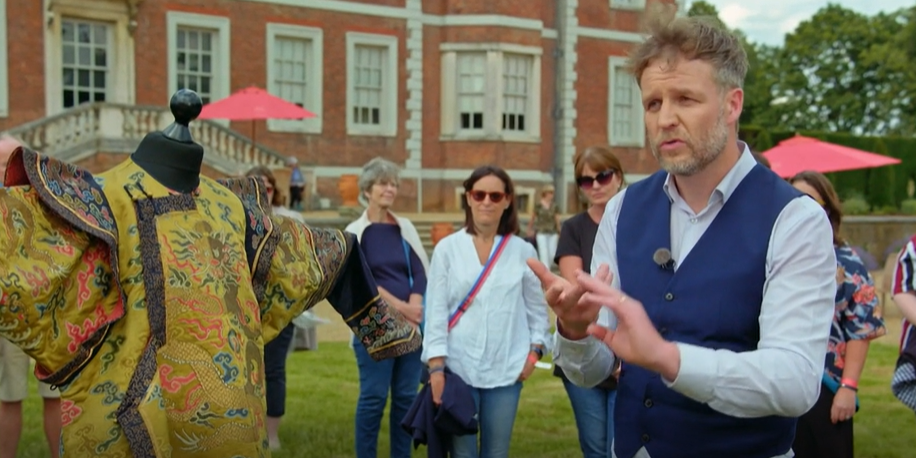 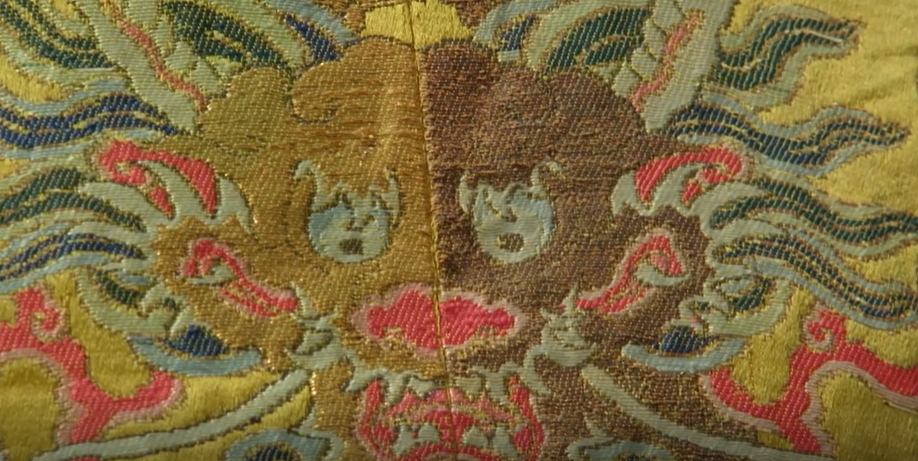 Antiques Roadshow airs on Sundays on BBC One.