Ronnie Archer-Morgan took a closer look a two wooden figures recently, but with no artistic signature or name on the pieces, he struggled to determine how much they were exactly worth. But, Antiques Roadshow viewers were stunned when he finally gave a ballpark figure for the items.

“Isn’t this a perfect backdrop for figures like this? Aren’t they gorgeous,” Ronnie began.

“This is exactly where folk art meets religious sculpture. The beautiful elongated faces, small noses, small mouths and this swirling drapery. “How did they find their way to you?”

“I paid for them,” the lady revealed.

“Ah you paid, money and fair words I guess?” He continued. 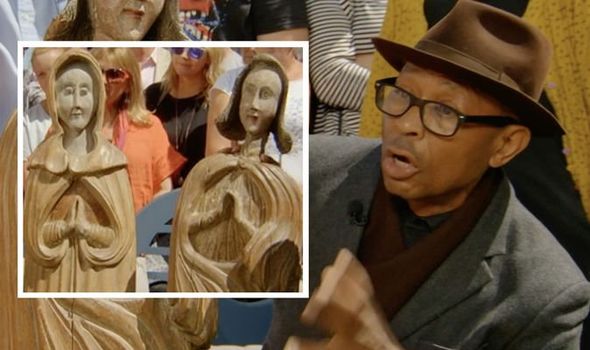 “My husband saw them and said ‘They’re great, you must go see them!’ And so we bought them,” she explained.

“And where was this?” Ronnie probed and the guest said; “Richmond, Surrey.”

“I’m not sure exactly where they’re from and it’s this kind of antique puzzle that I love,” the expert commented.

“They look like gothic revival of some sort, but at the same time, they really remind me – especially the faces – of Cusco painting from South America which is Spanish colonial. 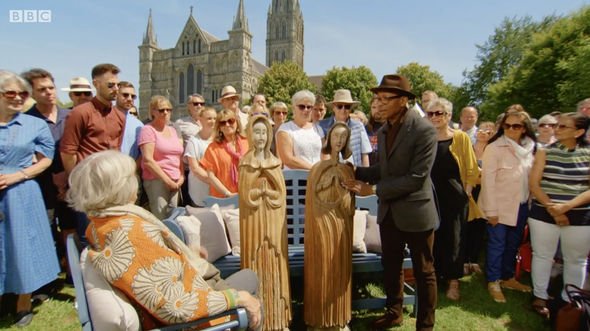 “So there is a conflict.

“My first thought is they’re Low Countries and that’s Holland, Germany. But they’re naive; if it wasn’t for their clasped hands, his fingers interlaced here…” He reeled off and the lady added: “They wouldn’t be holy.”

“They would look secular,” Ronnie remarked.”And that’s also part of their appeal and makes them very decorative.

“I think they’re part of a nativity, Joseph and Mary. 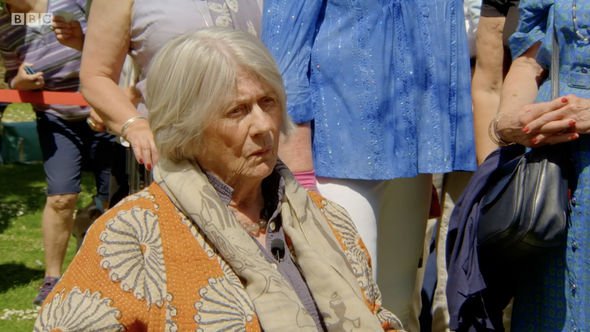 “And you notice the drapery here is the sacred heart upside down, I don’t think that’s a mistake, I think it’s quote inventive. I love the elongated necks.”

“I love the hairdo,” those watching at home saw the lady state.

“I love the little feet, which is a very Gothic thing, but I think they’re later. Some artist has done an an interpretation of something Gothic, possibly in about the late 1700s. 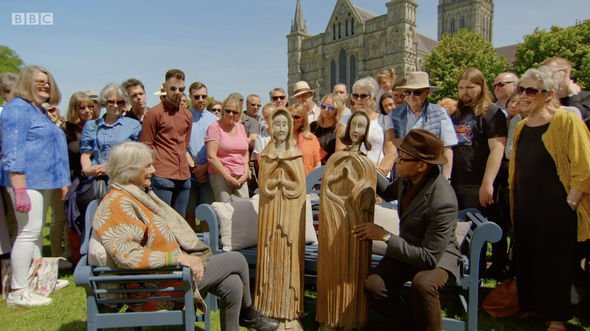 “Where do you keep them at home?” Ronnie added.

The lady said: “I keep them in a bay window. I love them, I adore them.”

“Fantastic, that’s what they should do. They’ve got soul, haven’t they?” the expert said.

“In today’s market, in a smart place like Pimlico, or somewhere in New York, I think a dealer would charge a minimum of £10,000!”

“Oooh, that makes me feel better!” The guest exclaimed.

Antiques Roadshow is on BBC iPlayer to watch now.