Ceramics specialist Lars Thorp inspected a water jug in the shape of a sheep which was found in 1857 and dated back to the 13th Century on a classic episode of Antiques Roadshow. The historic item, which was unearthed in Scarborough, was so important he was unable to put a value on it as it belonged to the Rotunda Museum. He admitted he had never seen anything of “this calibre” in his 26 years on the show.

The guest explained the remarkable jug was found in New Queen Street in Scarborough at the sight of Nesfield Brewery as the foundations were being dug out.

“So they were very fond of drinking in that part of Scarborough?” Lars asked.

She nodded: “Oh very much so, yes they did.”

Lars continued: “What did they find apart from this?” 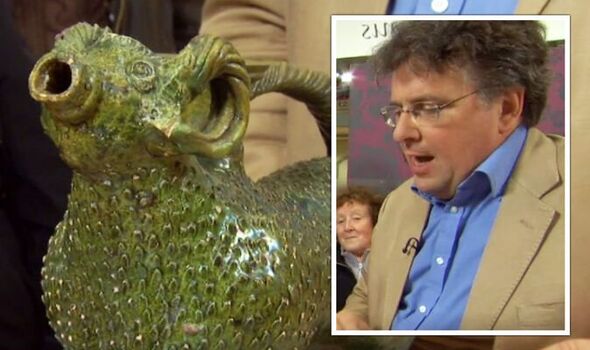 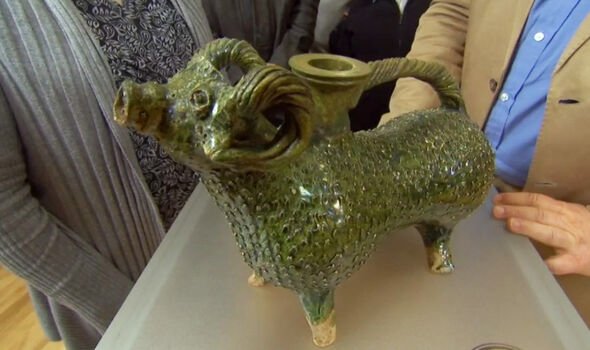 The guest replied: “They found the back end of one of these aquamaniles as well.”

Aquamanile is a “posh term” for a water jug and the one featured on the programme was used in Medieval times.

“In the Medieval period in the 14th Century water would be brought to the table in an aquamanile for you to wash your hands,” the guest added.

“If you were someone of importance you would have quite a fancy jug for that purpose.” 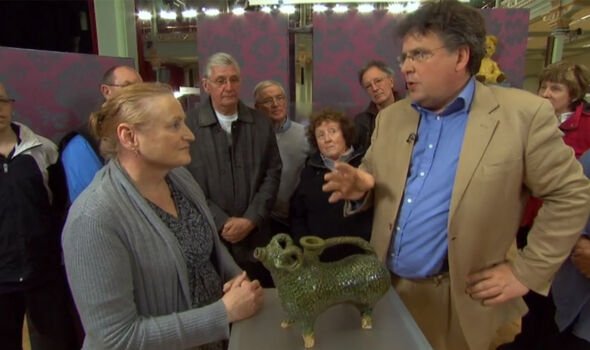 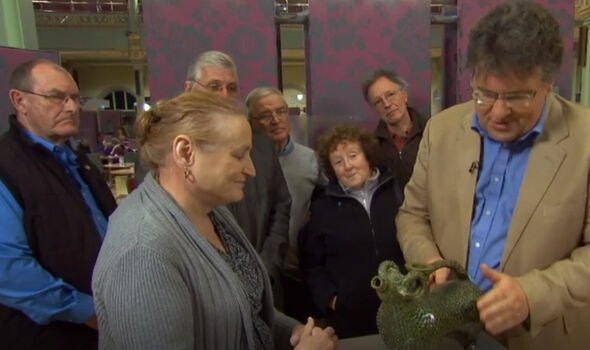 Lars, who was admiring the jug, said: “And this is pretty fancy isn’t it?”

The guest smiled and said the jug would have been fine tableware for its day.

The jug dated back to the 13th Century the guest believed and Lars asked how she came into possession of the rare item.

She explained: “Well, as much as I would like to have it for myself it actually belongs to Scarborough, it’s a part of Scarborough’s heritage and it is from a museum up the road called the Rotunda Museum.”

Lars exclaimed: “In my 26 years on the Antiques Roadshow I have never seen anything of this calibre.

“This wonderful fleece is so gorgeous and someone has done this by taking a knife and pushing the pottery up piece by piece by piece and you end up with this shaggy woolly coat.

“It’s a wonderful thing and I have wished for one of these to come in for years and years, thank you very much to you and your museum.”

However, the expert admitted he would not put a valuation on the water jug as museums “quite rightly” do not put values on their objects.

“I need to put it in some sort of perspective, this reminds me of an 18th Century jug I recorded some years back.”

On the jug which was hundreds of years younger than the one on the show, Lars put a value on it of £30,000.

“But this one is much, much, rarer,” he explained to the speechless guest.

Antiques Roadshow episodes are available to watch on BBC iPlayer.