A GUEST on BBC’s Antiques Roadshow got the shock of her life when she was told her ugly old lamp was worth a whopping £11k.

The guest on the show revealed she’d got the light for FREE at a yard sale near her home in Phoenix, Arizona. 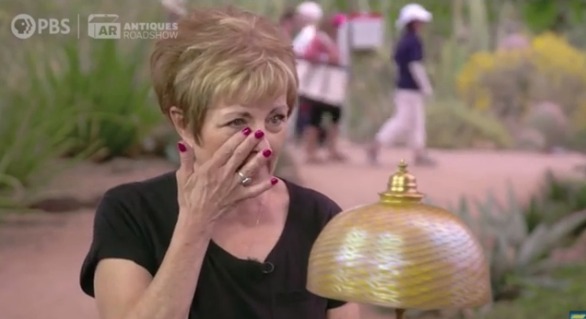 There are often incredible treasures discovered when the show is in the UK but when it goes across the pond the riches are always slightly bigger and better.

During an episode recently aired, one guest was left in tears after glass expert Arlie Sulka gave her verdict on a slightly unattractive lamp.

After giving the light fitting a closer inspection, Arlie informed the shocked guest that it was actually a bespoke Louis Comfort Tiffany table lamp. 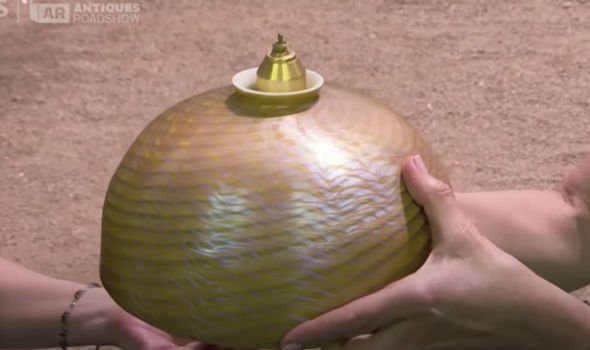 Expert Arlie explained to the shocked guest: “So, this would date from 1920 to about 1928.

“And you have a gilded-bronze base with the enamel design around the foot, and then what we call a damascene blown-glass shade with wonderful iridescence on the outside.

“These came in several different colours, and there's sort of a hierarchy of value in the colours. This one is the caramel colour. 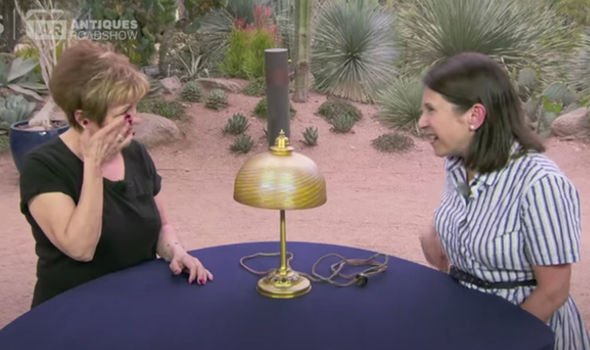 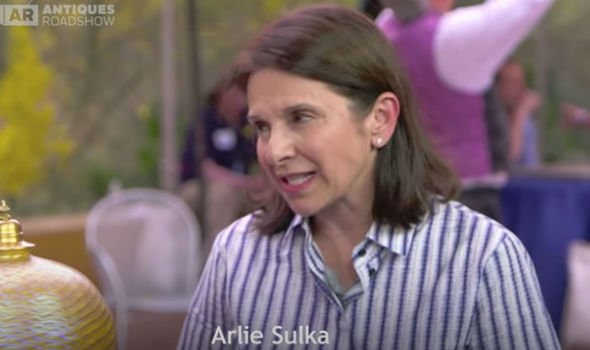 “Something like this is very desirable because it's intact, and the shade is one of the better colours. This comes off.”

When asked where she got it from, the guest replied: “I was taking a walk in the morning.

“And I got about four houses down from where I live, and there was a sign that said, ‘Free’,” she continued.

“And so I walked by it the first day and then the second day. I thought about it again, and I thought, ‘Well, I'll take this, and it's pretty ugly, but I can give it to somebody, but it's a lamp, so I'll just take it.’” 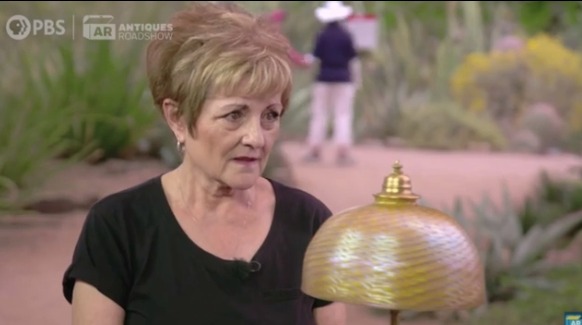 Going into more detail, Arlie showed the lamp after lifting off the light shade, explaining: “It says, ‘L.C.T. Favrile’ And Favrile meant, to Tiffany, it was his trademark word for handmade.

Stunned beyond words the guest couldn’t believe her luck and burst into tears.

Arlie went on to reveal that the lamp needs extra special care and explained the guest should never transport the lamp in one as the bulk of the value is in this shade.