Antiques Roadshow was back on BBC One on Sunday night and viewers tuned in to see the show head to Scotland as Floors Castle hosted another round of valuations.

Midway through the episode, Duncan Campbell’s interest peaked when he was presented with a silver goblet and it wasn’t long before the owner was left speechless when he revealed how much he thought it could fetch if she were to sell it.

“How did you find it and what do you know about it?”

The owner revealed it had been in her late husband’s family for a very long time, explaining: “I’ve been told it’s got a mark from York, a silver mark.”

Duncan clarified: “You’ve been told it’s from York, whoever looked the up is quite right, it is exactly where it comes from.

“York is a rare place for these to come from. York is one of the areas of silver that people collect. Normally they are made in London, the vast majority are made London so that makes it a bit rarer than usual.”

The item in question had quite a simple design, and looked as if it had been handmade due to its organic shape.

“Generally speaking, they are made in the 17th century and they are used for wine, for communion cups,” Duncan divulged.

“You get the same sort of shapes used for domestic consumption as well. It’s a York goblet-cup and it isn’t made in the 1600’s, which is unusual for one of these because they nearly always are.”

The only thing the guest could say was “wow” in response to the history of the cup. 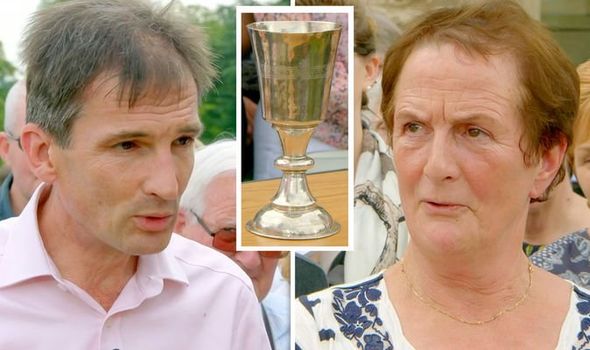 Those watching at home saw Duncan state: “This was made when Shakespeare was in his prime, when Queen Elizabeth was on the throne and the Armada hadn’t long been gone. It puts it into some ancient perspective, doesn’t it?”

It then came down to how much the cup was worth: “The fact that it’s 1500s and the fact that it was made in York makes it a bit more interesting than your average cup.

“There have been a few problems with it over the years, but that’s sort of understandable. It’s quite an old thing and use by being used it’s going to be dropped now and again and it’s going to need a bit of repair.

“Generally speaking, a 17th century one of these would be somewhere in the region of £4,000 to £7,000, depending on where it came from and the condition of it.” 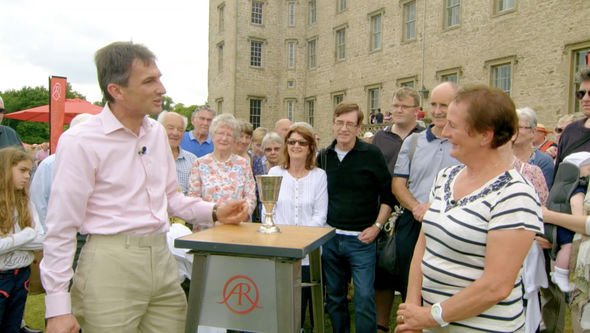 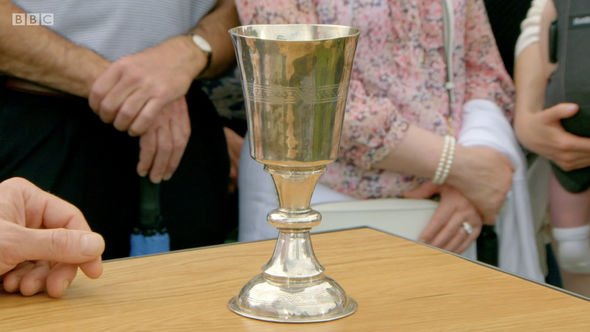 Despite the few knocks and bumps the cup and endured, it was worth more than the common cups.

“Wow. Gee. I’m a bit surprised at that,” the lady responded but the expert was keen to find out whether the price tag now affected how she was going to keep the item.

“Is it still going to be out on display?” he asked as the guest joked: “I might use it!”

It comes after another valuation on the show, when a “plastic” looking brooch earned more than the owner thought it would.

Antiques Roadshow returns to BBC One on Sunday night at 8pm.