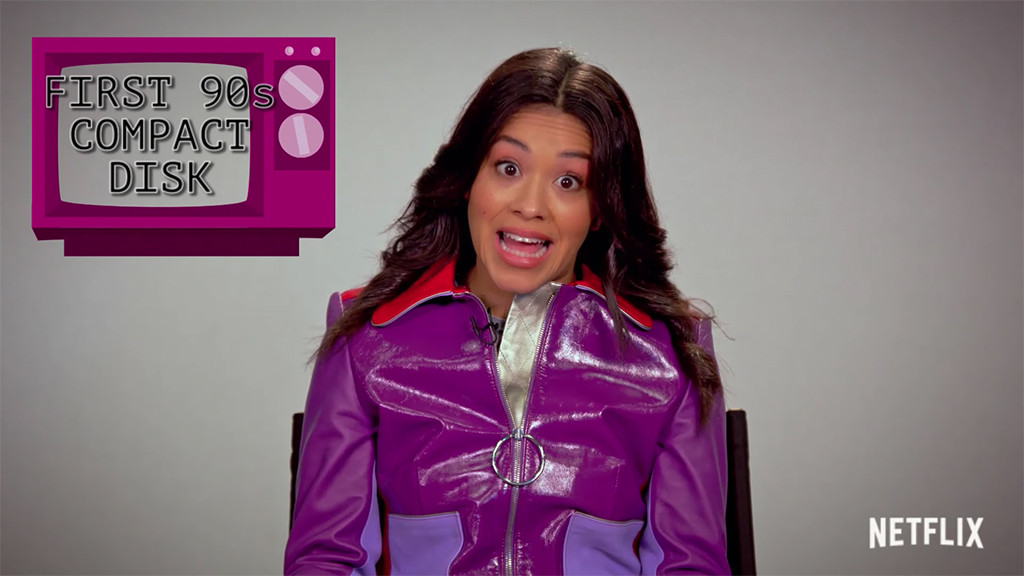 Remember when it was the 90s and we were all collecting Beanie Babies with a dream in our hearts that someday, they’d make us rich?

That dream never did come true, but Gina Rodriguez, star of Netflix’s rebooted Carmen Sandiego, could still make it happen, because as she admits in an adorable promo video for Netflix, she’s still got a few.

The streaming service had the star spill a few of her 90s secrets for a promo video for the show, including her 90s crush (NSYNC), first CD (NSYNC), favorite 90s boyband (NSYNC), and a few other things not related to NSYNC, like her devotion to both Beanie Babies and troll dolls, as well as her penchant for lip liner. But mostly, Gina Rodriguez really loves NSYNC and we do not blame her.

You can hear her confessions below.

Rodriguez stars as Carmen Sandiego, the former international globe-trotting baddie who starred in video games, a TV show, and her own gameshow, starting with the first game in 1985. This time around, Carmen’s the good guy, a modern-day Robin Hood, stealing from evil organizations to help their victims, but she’s still an incredibly skilled thief whose heists are practically impossible to pull off. She’s still also really hard to find.

Carmen Sandiego is now streaming on Netflix, with a live action film to come later on, also featuring Gina Rodriguez in the lead role. Stranger Things‘ Finn Wolfhard also stars, and Rita Moreno, who voiced Carmen in the 1994 animated series, makes a cameo as well.