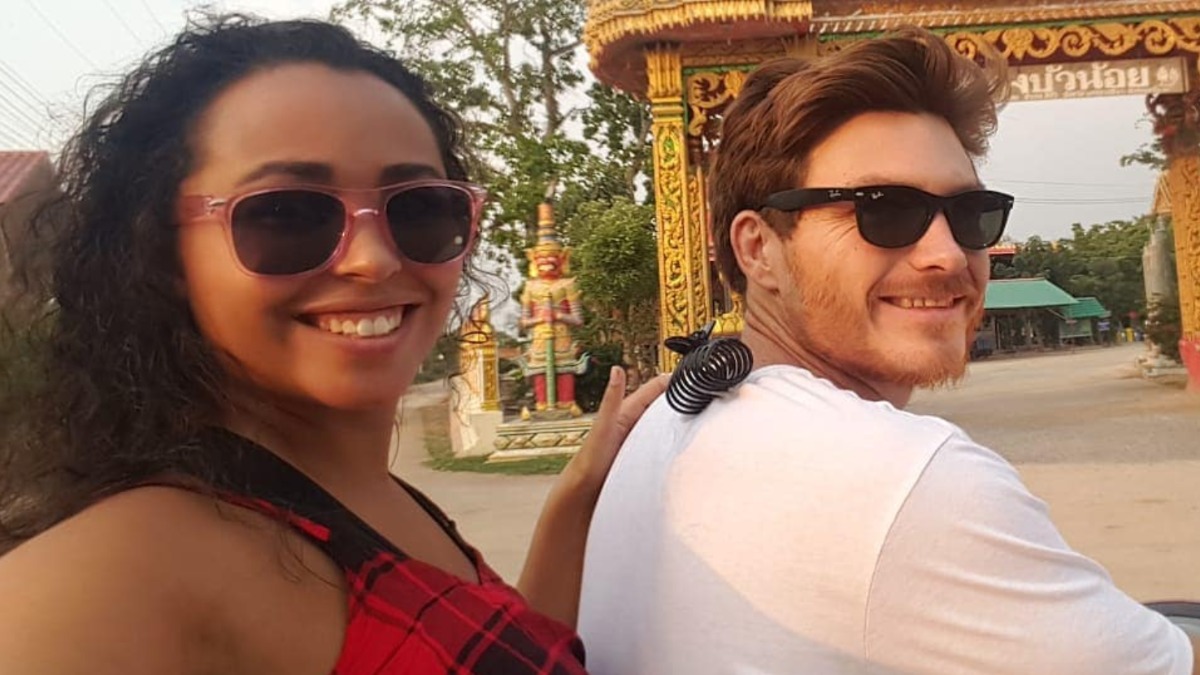 90 Day Fiancé: Happily Ever After? couple Tania Maduro and Syngin Colchester have had an up and down relationship from the beginning of their romance, which began in South Africa.

At the 90 Day Fiance: Happily Ever After? Tell-All, Tania accused Syngin of having a drinking problem but stopped short of accusing him of alcoholism.

The couple has not been on the same page about their future after jumping into a marriage.

In the Season 5 Tell All episode, it appeared that the couple was heading toward a divorce. Free-spirited Syngin complained about Tania’s demands, as she slams her husband for his lack of maturity.

Are Tania and Syngin still together? We have all the latest updates on the couple.

Syngin declares his relationship with Tania is not working out

During the 90 Day Fiancé: Happily Ever After? Tell-All Syngin admitted that  “things are not working out” between him and Tania while she was more hopeful about their future.

Tania Maduro accused her husband of letting his drinking habits get in the way of his work and their relationship. She frequently referred to an incident but decided to keep the details private.

On the other hand, Syngin denied that his drinking was a problem even after admitting to losing a job in South Africa due to drinking. Syngin’s friends and former roommates claimed South Africa had a drinking culture and denied their friend had a problem.

Tania and Syngin are still going strong but for how long?

Although it appeared the couple was heading toward a divorce, Tania surprised fans with an Instagram update revealing that the couple is still together. In a photo that appears to be the 90 Day Fiancé couple kissing on the beach, Tania added the caption. “Fun-filled time with friends and my love @syngin_colchester.”

The hashtags suggest that they were celebrating Syngin’s 30th birthday. The couple has not addressed their relationship drama since the 90 Day Fiancé: Happily Ever After? three-part tell all. Tania said that her main issue with Syngin is his drinking habits and reluctance to make plans for the future.

It is unclear whether the couple is spending time together to mend their relationship or whether they have moved past their issues. Some fans have accused the 90 Day Fiance couple of creating relationship drama for the series.

90 Day Fiance: Happily Ever After? is currently on hiatus.