INTERNATIONAL superstar Taylor Swift is often surrounded by her A-list group of friends. 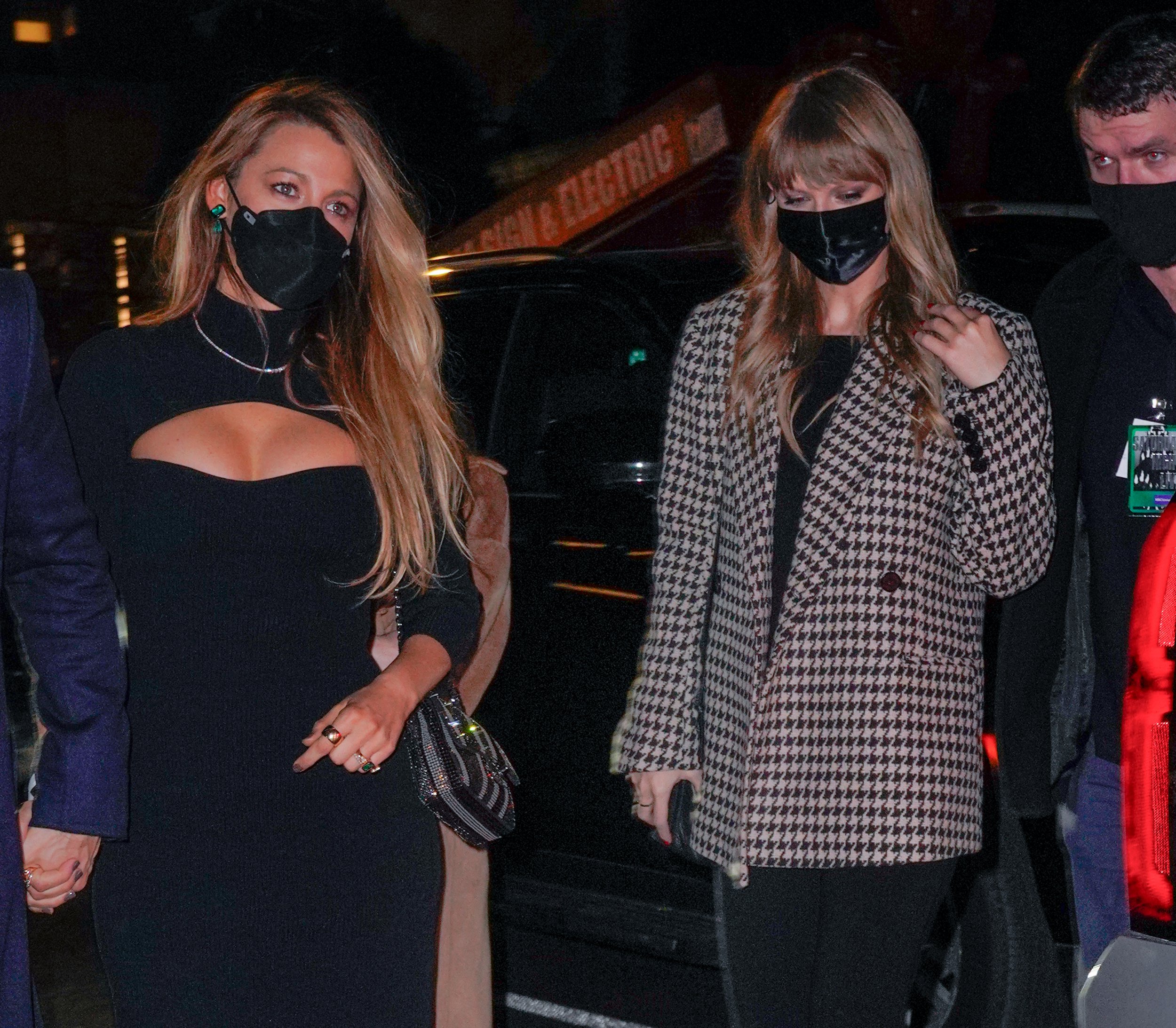 Taylor Swift and Blake Lively are the best of friends. Taylor even went so far as to include the names of Blake & Ryan Reynolds' children in a few of her songs.

The family of five even got a shoutout in Taylor's 2021 Grammy Awards acceptance speech for Album of the Year.

On top of it all, Blake Lively's daughter can be heard speaking at the beginning of Taylor's song, Gorgeous.

Their friendship dates back to around 2015. The first time they really gained attention as a duo, Blake had taken to her Instagram account to share a photo of the two of them at Universal Studios in Australia.

Over the years, Blake and her husband have appeared at many of Taylor's shows, parties, and ceremonies. Taylor also has been seen supporting the couple at various events.

On Saturday, November 13, 2021, Blake and Ryan attended Saturday Night Live in support of their friend, who was performing her newest rendition of All Too Well on the show – the ten minute version, to be exact.

They were later photographed together at an afterparty at L'Avenue in New York.

Following an action-packed week that led up to the release of Taylor's re-recorded version of her fourth studio album, Red, the singer took to her social media accounts on Sunday to announce she was dropping yet another music video – this one, directed by Blake Lively.

Alongside a clip from the video, Taylor wrote:

"SURPRISE! NEW MUSIC VIDEO TOMORROW at 10am ET … I finally got to work with the brilliant, brave, & wickedly funny @blakelively on her directorial debut. Join us as we raise a toast, and a little hell."

The song, I Bet You Think About Me (Taylor's Version) (From The Vault), captures the emotions one feels when thinking about an ex-lover, one they might still yearn for.

In the video, Taylor appears at a wedding wearing various red outfits. She causes some mayhem: eating the wedding cake with her hands, teaching a group of children how to raise their middle finger, and chugging a drink while giving a speech.

Miles Teller and his wife, Keleigh, starred in the video alongside Taylor.

At the end of the credits, a message appears to thank the cast and crew. The message states:

"A huge thank you to every single person who worked to make this video what it is … And to all of our families who supported us as we dream impossible things. We thank you." 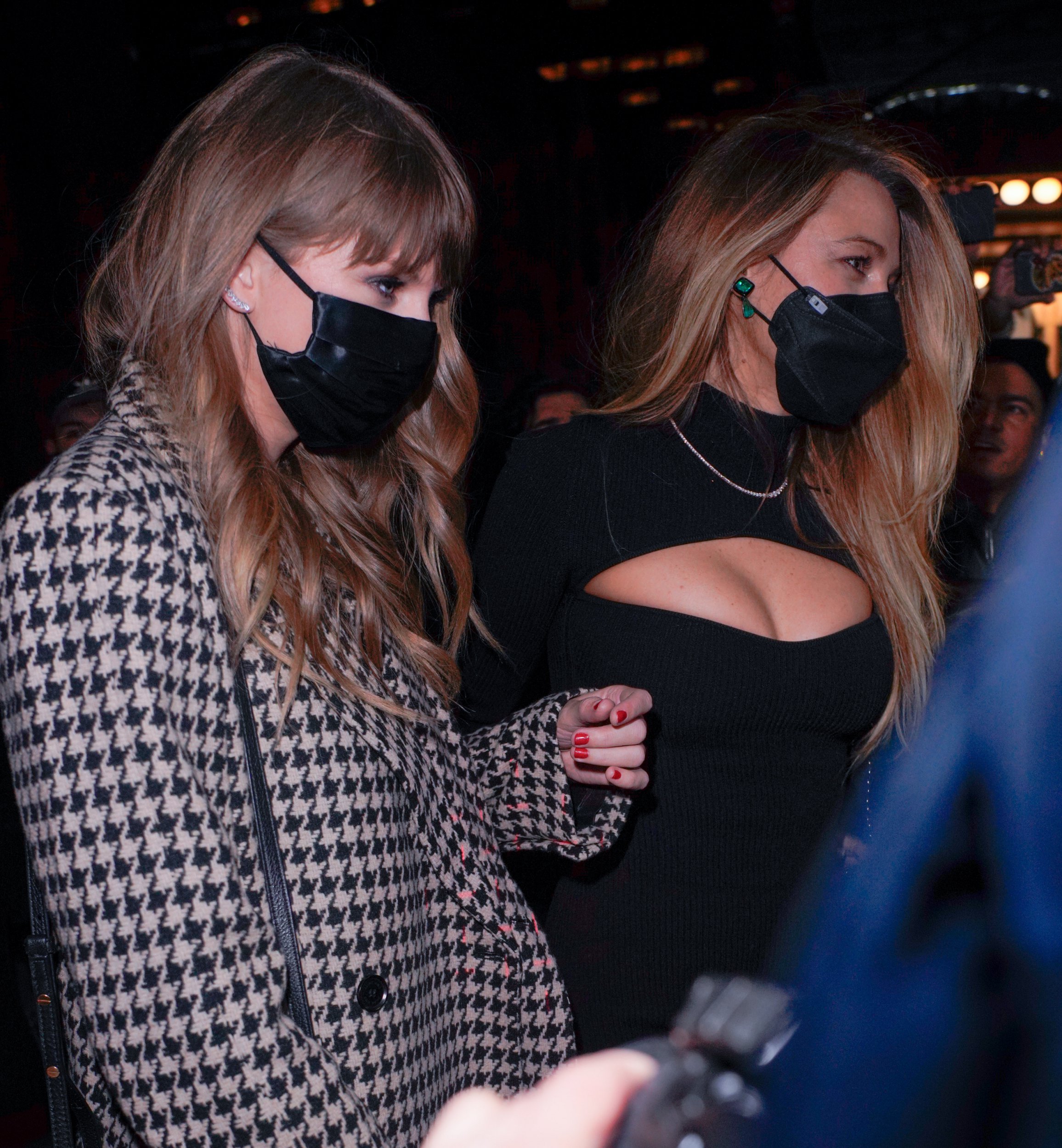 Apart from the moment Blake and Ryan's eldest daughter, James, was featured on Taylor's Reputation track Gorgeous, Taylor has gone above and beyond to include them in her music.

When Taylor released her eighth studio album, Folklore, a song entitled Betty was quick to become a fan-favorite.

The song featured three names within it: James, Inez, and Betty. At the time of its release, James and Inez were publicly known to be the names of Blake and Ryan's daughters. They had recently given birth to a third, however, they had not yet shared her name.

By releasing this song, Taylor basically informed the public of their third daughter's name.

Some lyrics from the song include:

"Betty, I won't make assumptions / About why you switched your homeroom but / I think it's 'cause of me … You heard the rumors from Inez / You can't believe a word she says …She said 'James, get in, let's drive' / Those days turned into nights."

In a radio interview in August 2020, Taylor confirmed the rumors that Betty was the couple's third daughter's name.

"I named all the characters in this story after my friend’s kids, and I hope you like it," she said at the time.