ARIANA Grande sent Twitter into a meltdown as she traded places with Donald Trump in her latest video.

The Thank U, Next singer, 27, imagined herself as the leader of the free world surrounded by powerful women in the music video for her new song, Positions. 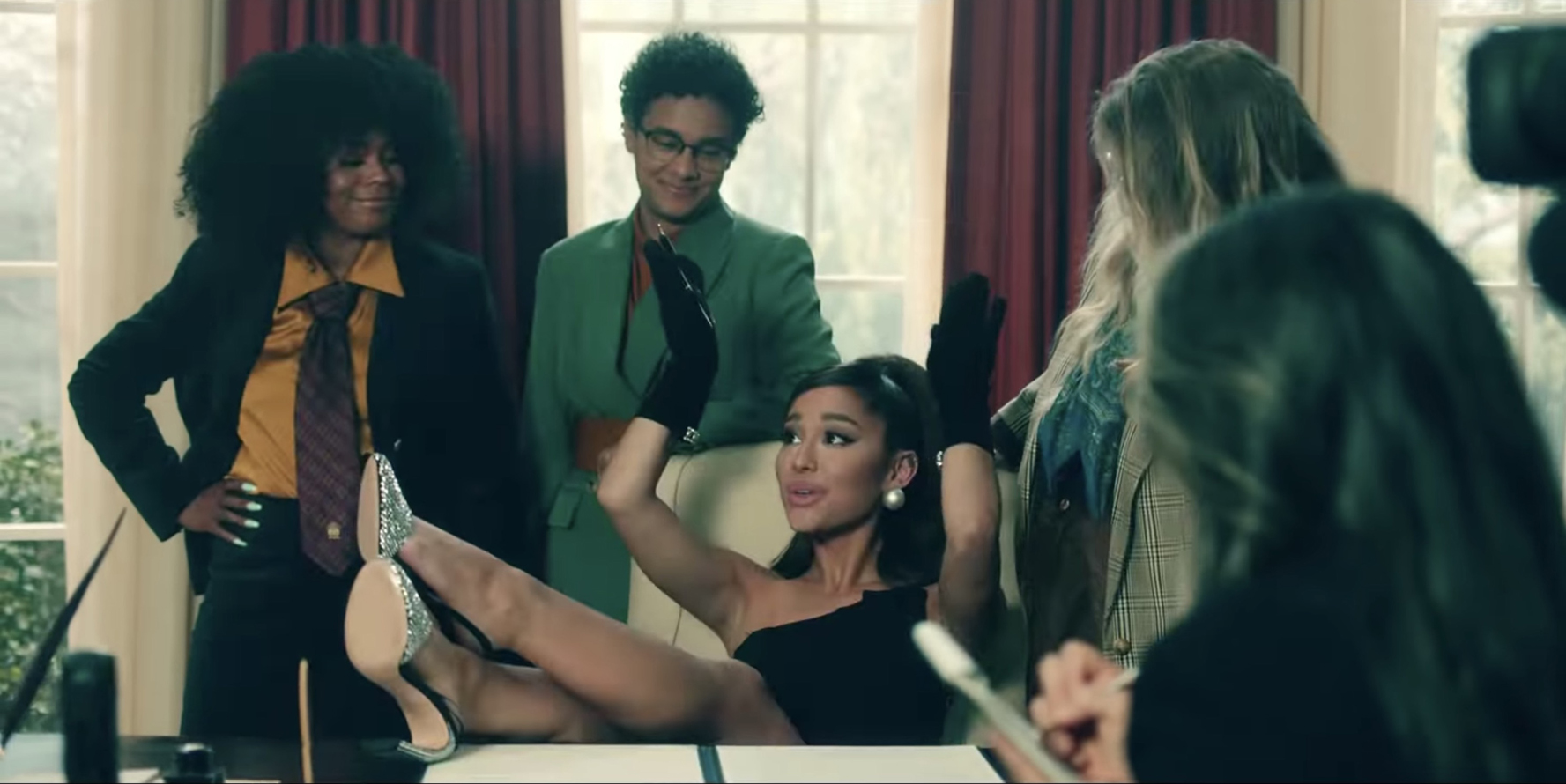 Ariana sent her fans into a frenzy last week with as with a tweet saying she will be releasing her sixth studio album this month.

Not one to disappoint, the singer dropped the lead single and video from the album today.

Positions quickly climbed to the top of the US iTunes charts, ahead of her album's release on October 30.

It has become her first song to debut at number one on the iTunes charts. 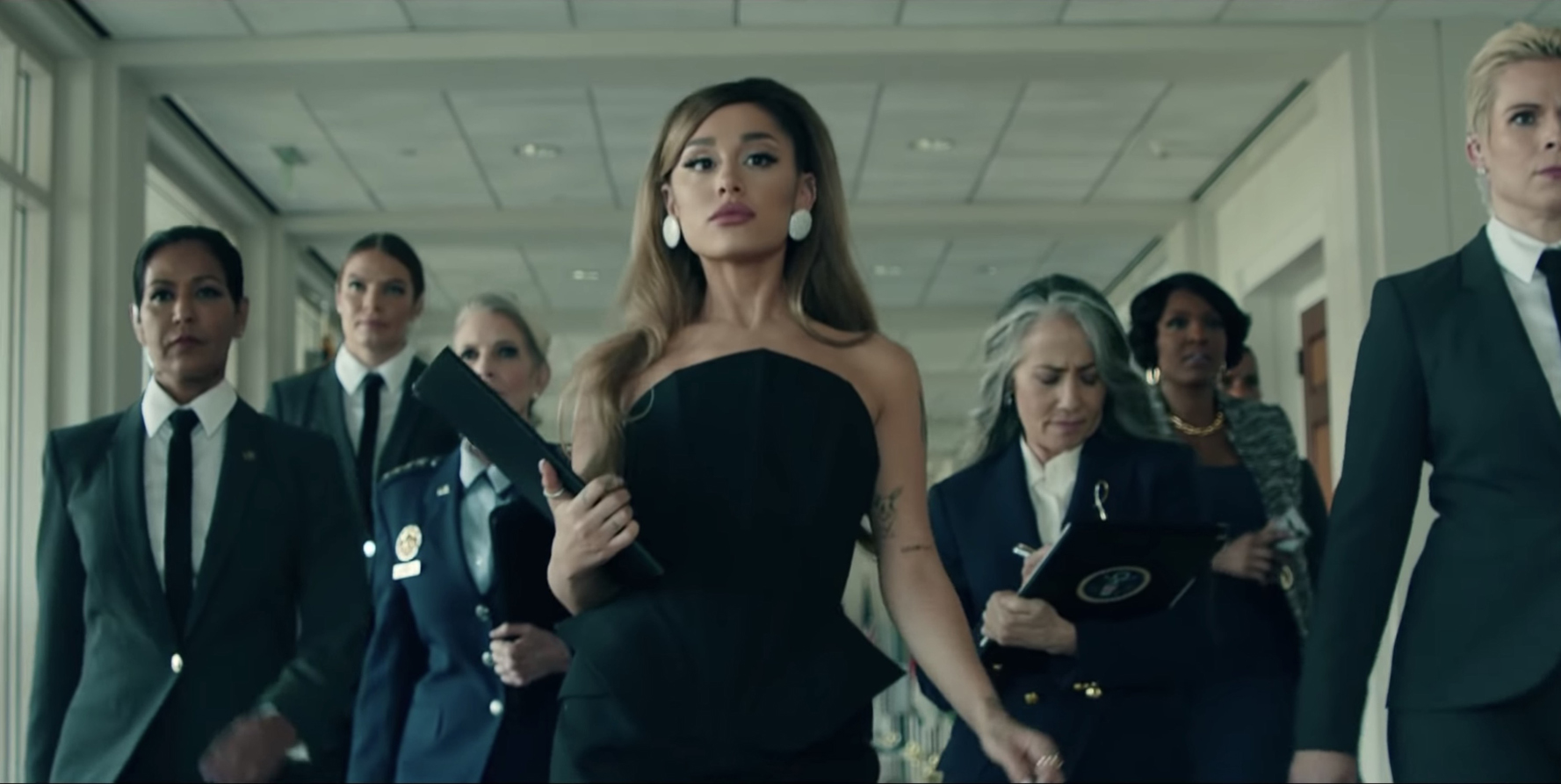 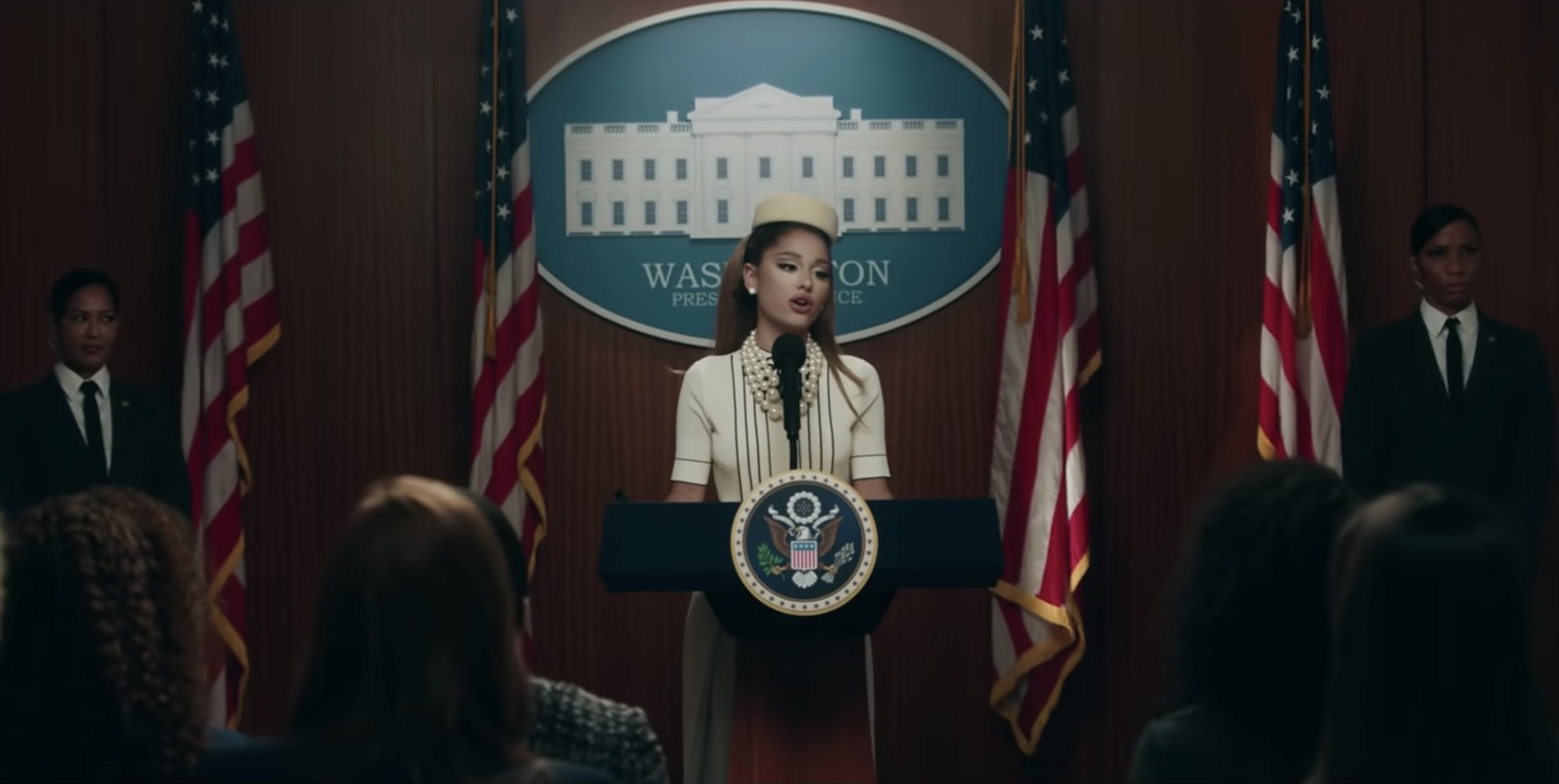 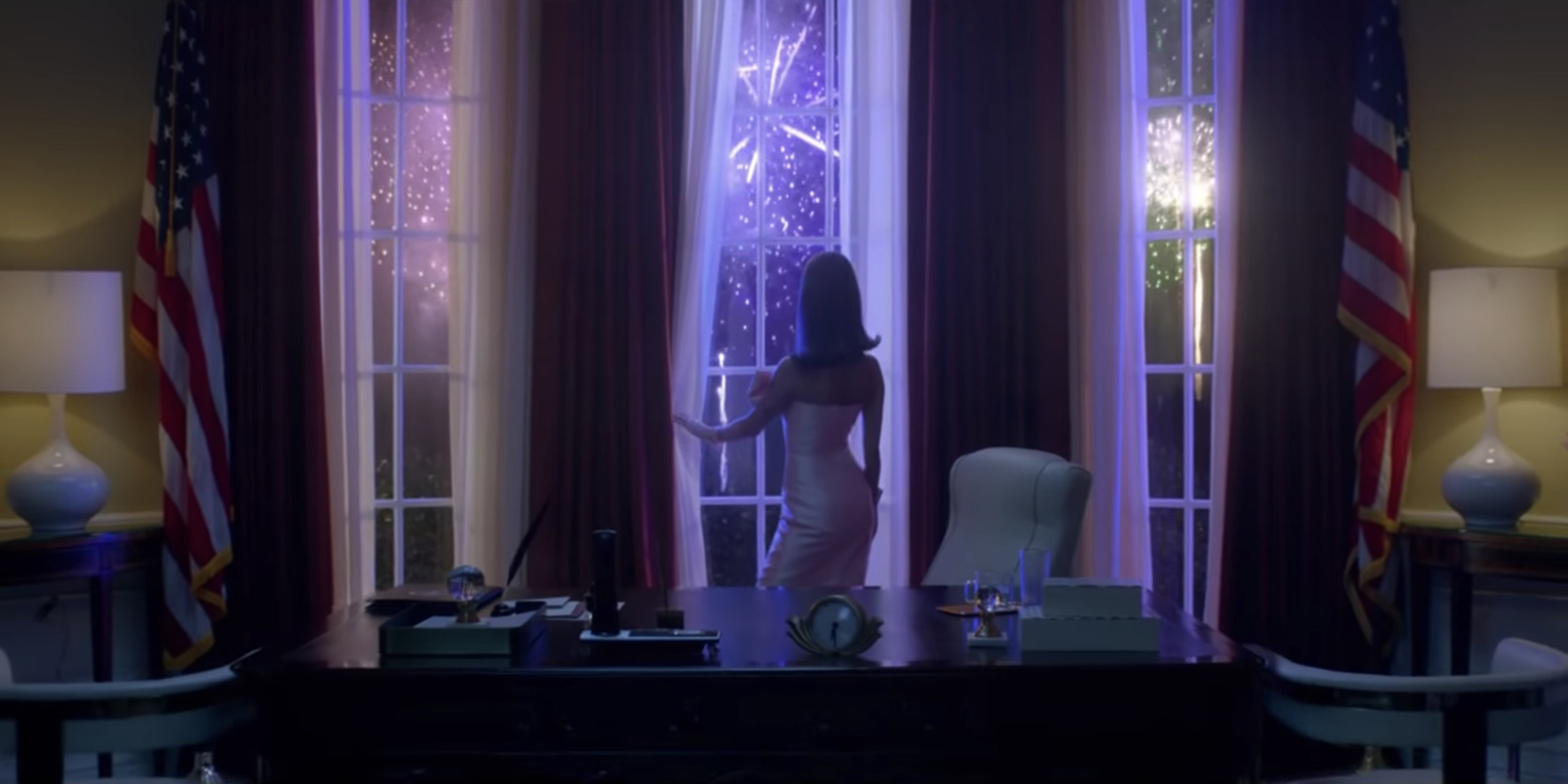 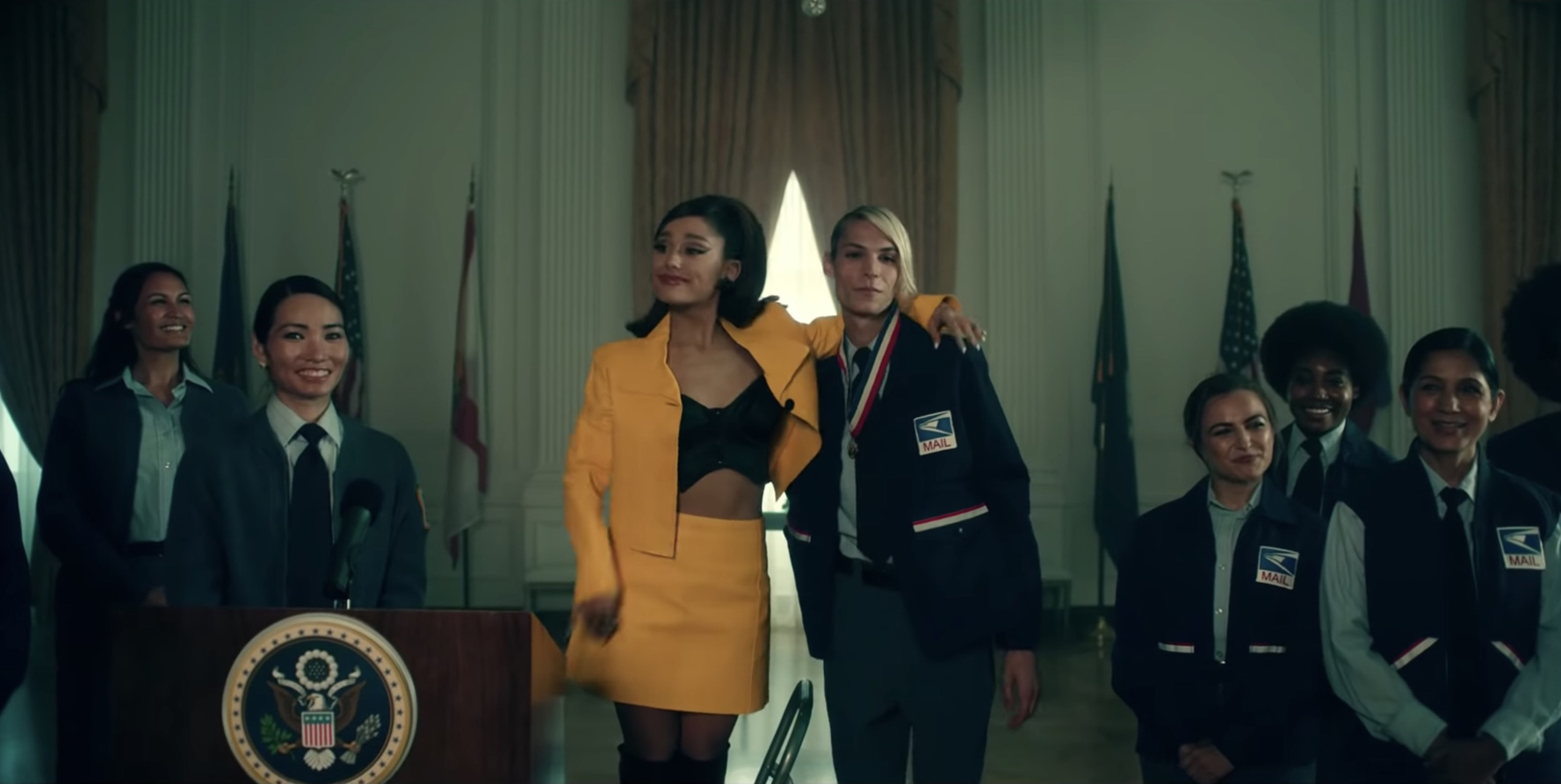 The video, directed by David Meyers, imagines Ariana as president as she makes tough decisions in the Oval Office, pins a medal on a postal worker, holds press briefings and walks her dog across the White House lawn.

Ariana as president also features a diverse cabinet made up of people from different backgrounds, ethnicities, sexualities and gender identities.

She is mainly surrounded by women in her presidential role with her all-female joint chiefs of staff and secret service detail.

Even her beloved mom, Joan Grande, makes a cameo in the Positions video, which is a song about the different roles Ariana can play in a relationship.

The powerful video coincides with the US Presidential election campaign and fans have heaped praise on Ariana for using her platform to send a strong message.

"Ariana Grande using her platform and all her media power to give a political message to her audience is all we needed, she again showed why she is the leader of this next generation," wrote one Twitter user.

"Nothing but respect for my president," another added.

And a third said: "Can we all appreciate Dave Meyers and Ariana Grande for serving us two of the most empowering MVs of all." 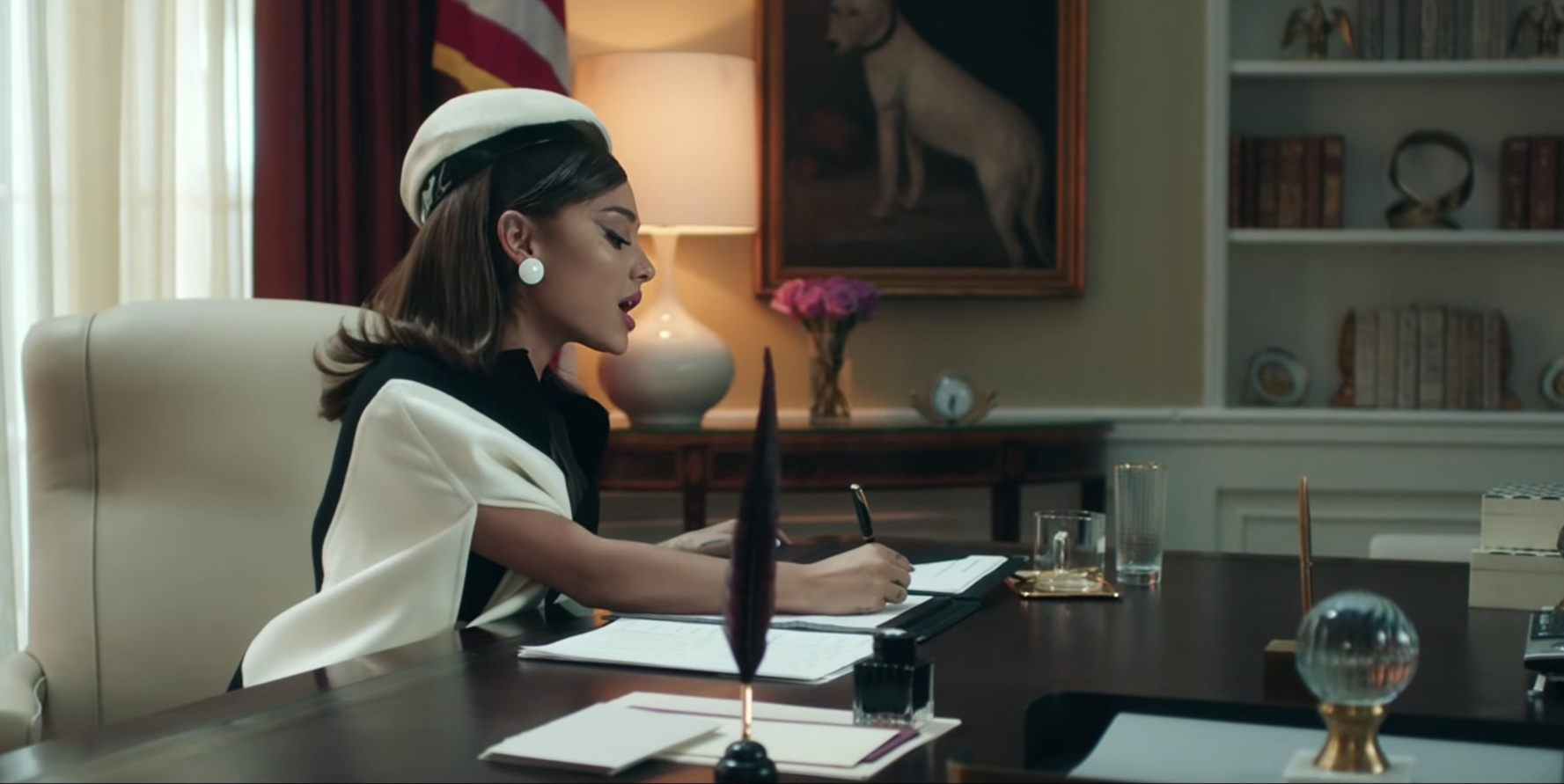 In just a matter of hours more than 1million people tweeted about the video which has already been watched more than 4million times on YouTube.

It has been a huge few years for Ariana who has faced personal tragedy and relationship woes.

But her career has never been stronger off the back of 2019's thank u, next record.

She performed some of the hits off that record at the Grammys this year and later collaborated with Lady Gaga in what has arguably been the biggest song of the year, Rain On Me. 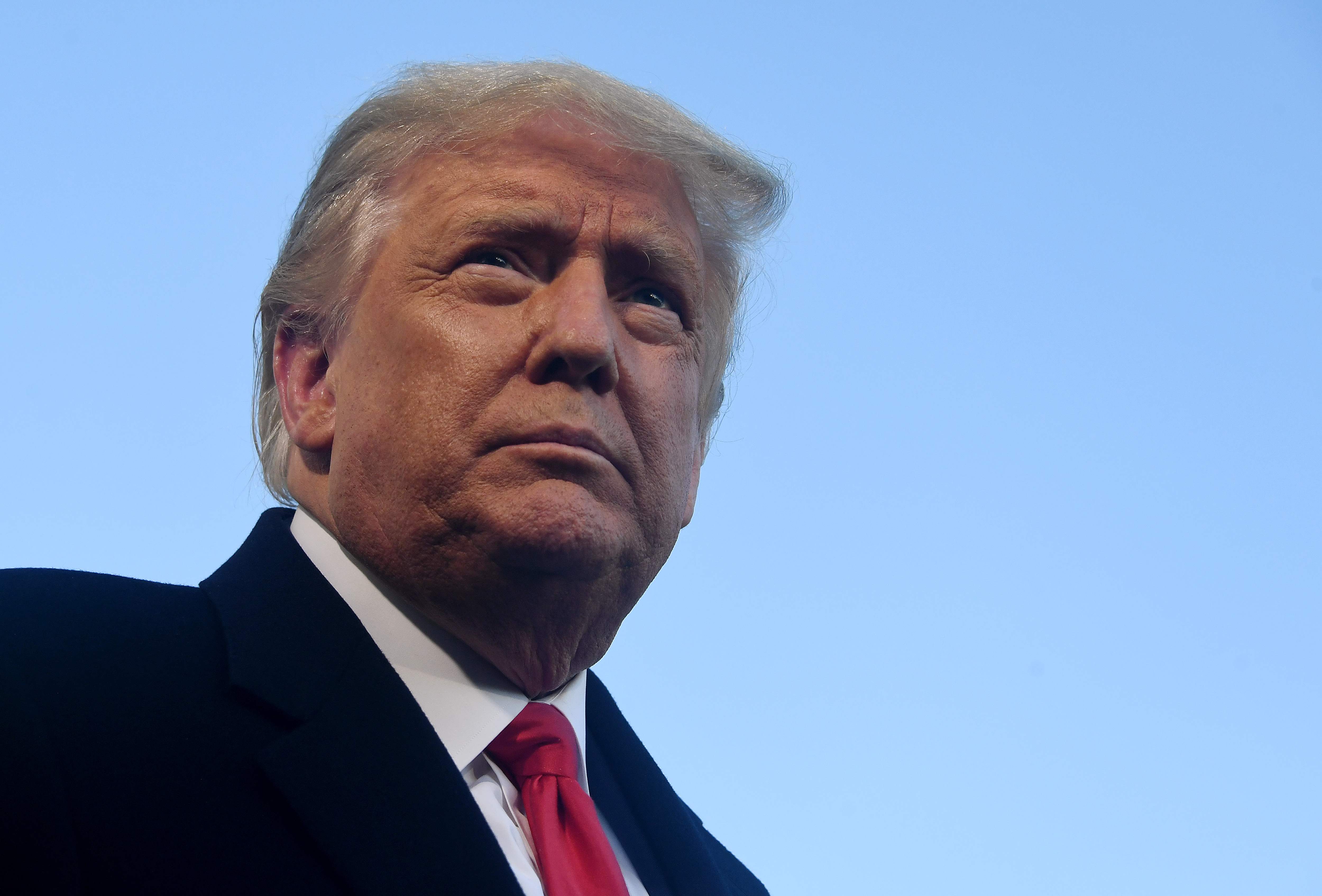 Lottie Moss flashes boobs for £7.50 and sells naked pics for £14 on OnlyFans

Inside Brad Pitt's 'romance' with singer Lykke Li who admits: 'I'm so f***ed up!'

Within weeks the pair was engaged, but they broke up just months later.

She gushed over him on his birthday recently, in a rare Instagram snap of the pair.