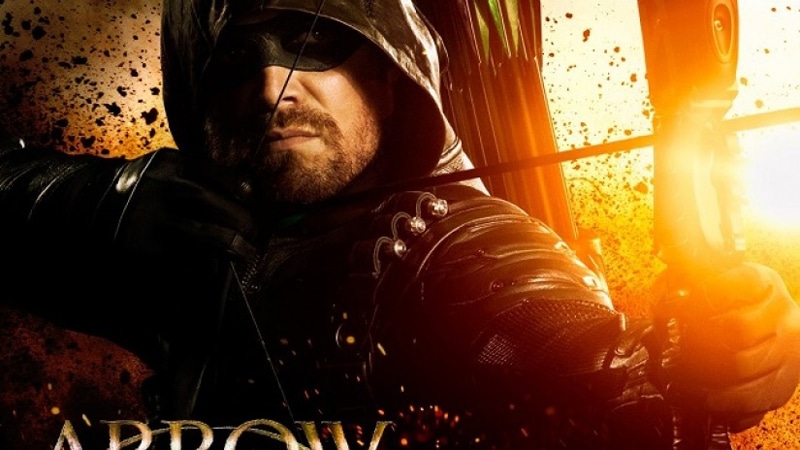 The CW surprised no one when they renewed every show in their popular Arrowverse franchise, including the one that started it all — Arrow.

to Supernatural, Arrow is the longest lasting show on The CW and the renewal — announced at the Television Critics Association’s 2019 winter press tour in Pasadena — brings it back for Season 8.

However, there is a chance this could be the end of the line for Oliver Queen when it comes to his own superhero television show.

Will this be Arrow’s last renewal for The CW?

First, it comes as no surprise that Arrow is coming back for another season. The CW announced late last year that there would be another crossover event for the Arrowverse in the 2019-20 season.

That event is the Crisis on Infinite Earths storyline and will allow Arrow, The Flash Supergirl to crossover once again — with DC’s Legends of Tomorrow a distinct possibility.

However, when it comes to Arrow, there might be a chance that this is it for the show that kickstarted the DC Comics Universe on The CW.

The CW president Mark Pedowitz said that the network might need to freshen up its DC shows and bring in something new while moving out something old.

The oldest show is Arrow and some fans have thought that it was time to move on anyway.

“Things will age and we want to get the next generation of shows to keep The CW DC Universe going for as long as possible.”

According to THR, the news of whether this will be the final season for Arrow will come around May, so the producers will know a few months before it starts if they need to write the end of Olver’s story or leave it open for more.

When is Arrow Season 8 release date?

As for the release date of Arrow season 8, it won’t be revealed until possibly May when they decide on the show’s fate.

If Arrow remains normal in length and episode numbers, expect it to return in the middle of October. The premiere for Season 7 was October 15.

Arrow airs on Mondays at 8/7c on The CW.