Avengers: Endgame saw its surviving heroes promise to undo Thanos’ snap and bring back their fallen friends. But today Google has released its own Marvel Easter egg, thwarting the Avengers’ best efforts. Read on for fans’ reactions and how to get Google to unleash Thanos’ power on your screen.

If you search for ‘Thanos’ in Google, a page comes up with information relating to the villain.

Below his name on the right-hand side of the page is the Infinity Gauntlet. 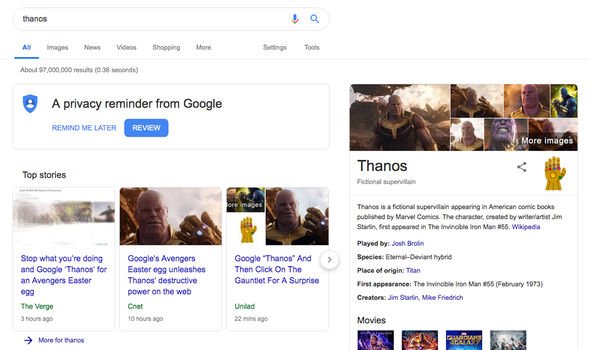 The Gauntlet is what Thanos used to wield the Infinity Stones and snap half of existence to dust in Avengers: Infinity War.

So, when a user clicks on the gauntlet, it snaps, and thus everything on the page begins to turn to ash.

The effect also works via mobile Google browsing, so fans on the go can experience the Snap, too.

AVENGERS ENDGAME ON REDDIT: WHY IT IS ILLEGAL TO WATCH ENDGAME ONLINE 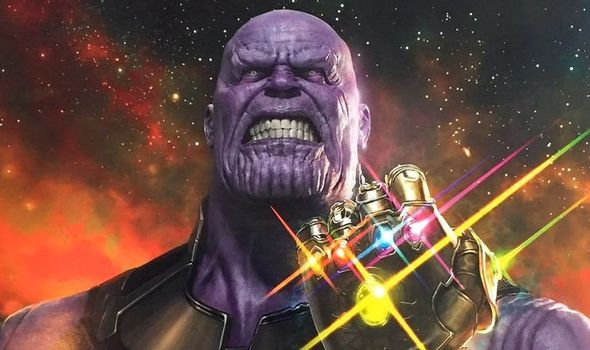 Make sure to turn up your volume, too, to get the full effect of the Snap.

Once everything is gone, when you click the gauntlet again Thanos’ snap is reversed.

Some were also afraid they had spoiled themselves for Avengers: Endgame. 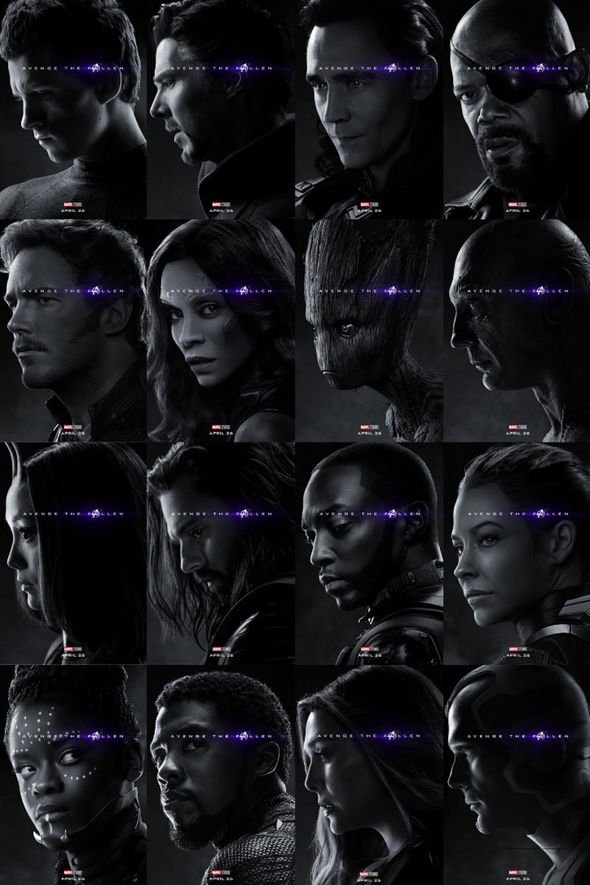 Which, in a certain way, they have – in Endgame, the Avengers go back in time to get the Infinity Stones and, using a newly wielded Gauntlet, undo the snap.

However, this isn’t really a spoiler as in the official clip the Avengers discuss their plan to go after Thanos, steal the Infinity Stones, and use them to bring everyone back.

But only fans who have seen the film are privy to whether or not this actually happens beyond Google’s little teaser.