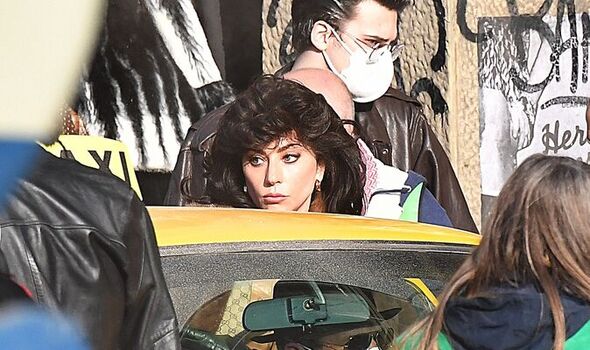 Stars including Lady Gaga, Benedict Cumberbatch, Daniel Craig and Kenneth Branagh are set to be at tonight’s Bafta awards in London. But the Duke and Duchess of Cambridge will not be attending the show. William, who is the president of the Academy, will make a pre-recorded statement as the couple are unable to attend due to diary constraints.

Among those taking their seats at the Royal Albert Hall tonight is Lady Gaga, who has a Best Actress nod.

She said she believed that her movie House Of Gucci, which is also nominated for Best Film, resonated with audiences as it showed women as “complicated creatures”.

Grammy-winning singer Gaga felt Sir Ridley Scott’s vision of Patrizia Reggiani’s screen journey delved into her “humanity” rather than being a cold-hearted narcissist.

The 36-year-old star said that unlike many Hollywood female roles offered up, Scott’s script showed a woman not simply “using sex and her body” for power.

She added she researched Reggiani’s story like a journalist trying to understand her mindset when hiring a hitman to kill her ex-husband, fashion boss Maurizio Gucci.

“Women’s stories are beautiful and they are complicated and complex I am happy to celebrate that, revealing things about ourselves that unite us.

“This idea that women use their bodies and sex to manipulate people into giving them power and money and privilege is a really stereotype. It lacks the complicated nature of all people, and especially women – we are complicated creatures.”

Meanwhile, Benedict Cumberbatch is favourite to win the Best Actor award for his role in Western psychological drama The Power Of The Dog about a rancher whose son brings home a new wife.

Speaking ahead of tonight’s event he said he felt he had to not just act the part of a cowboy – but also stink like one.

Cumberbatch said he created a “bio hazard level heft of stink” after at first not washing and then wearing unlaundered clothes all the way through the shoot.

The Sherlock star felt it was vital in his desire to inhabit the mindset of dark and twisted rancher Phil Burbank.

He explained: “Where it is essential was on filming days.

“I washed a lot more (than) Phil did, but I would not have his clothes laundered. So I did carry around his body odour with me. For the entire day that was it.

“What it does is, if you’re far away from who you are, it just gives you the ability to have a focus and a hook that’s complete. I needed my concentration to be absolute.

“Normally I can switch it on and off. For this I needed to blinker out my reality.”

Covid is estimated to have cost the film and TV business up to £30billion.

Brodie Cooper of US marketing firm PRrppd said: “Make no mistake the Baftas is a very public from Hollywood saying, ‘We are back in business, celebrating what we do and we want our audiences to get back to the cinema’.

“The past two years has hurt so many of those who are essential in the screen content creation business – everyone from directors through to catering staff.

“The losses are tens of billions, so now is the right time for the stars to get out in public and at awards to remind audiences what they have missed. This ceremony now fills production companies, producers and financiers with confidence to move forward with projects.”

He added: “In the past the Golden Globes was the show which opened awards season, now with their issues, Bafta holds that place.”