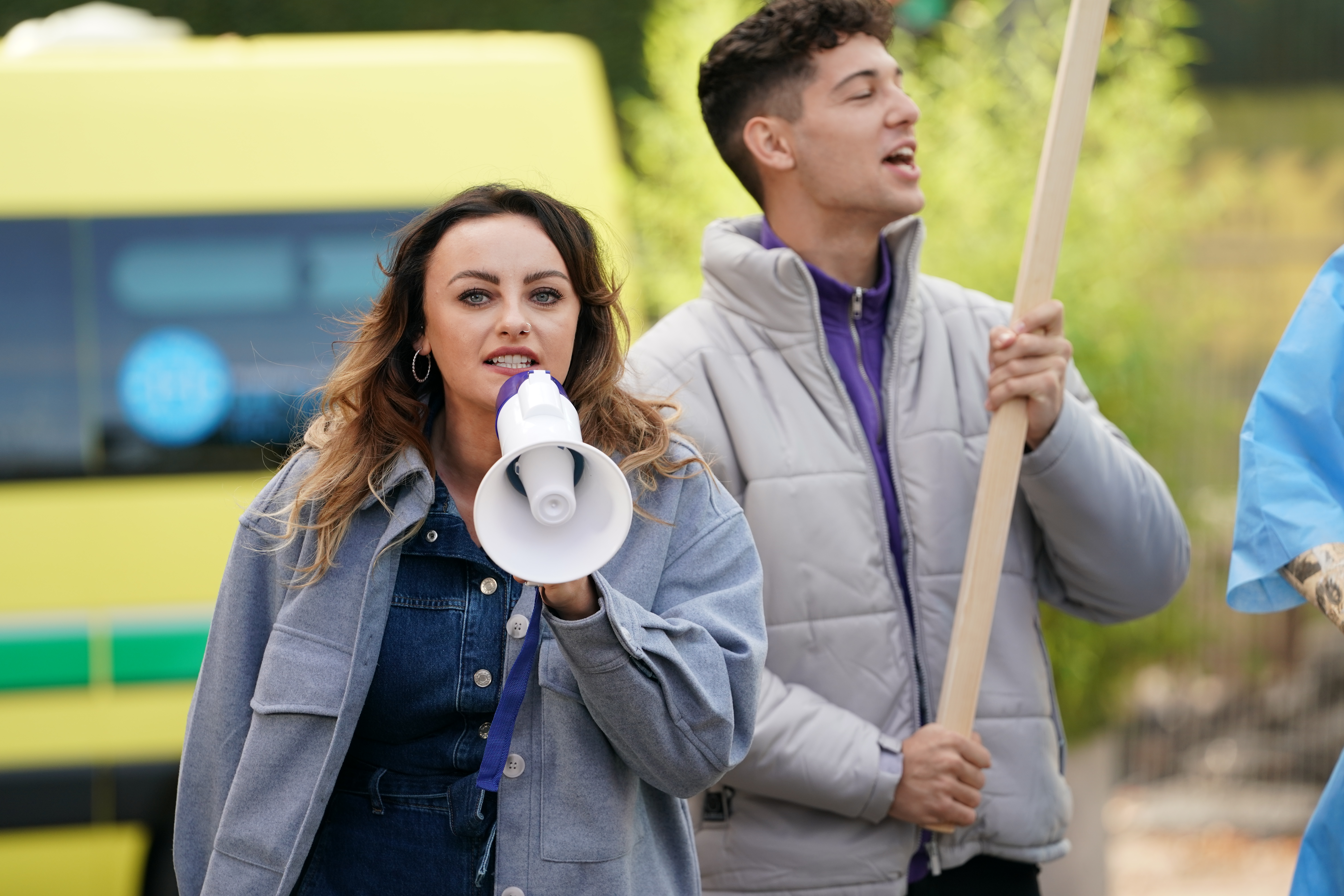 Becky Quentin (Katie McGlynn) is set to cause chaos once more in Hollyoaks, with some assistance from Ollie Morgan (Gabriel Clark), as she hijacks a hospital fundraiser.

The conspiracy theorist, as viewers know, has had a negative influence on Ollie in recent months, after Diane Hutchinson (Alex Fletcher) disowned her.

Ollie has grown incredibly fond of Becky, and thus believes every words she says, no matter how dangerous or disturbing those words are.

He attacked PC Franks (Bronte Terrell) several weeks ago in a bid to both save Becky and impress her, and next month, he will be by her side as she protests against Dee Valley hospital.

The fundraiser event – which arrives on Thursday January 6 on E4 – gets off to a bad start when the caterers pull out, leaving Marnie Nightingale (Lysette Antony) upset.

Tony Hutchinson (Nick Pickard), however, comes to the rescue!

But the catering proves to be the least of everyone’s problems, as Becky rocks up with Ollie in tow, and she’s got bollards, megaphones and a really creepy scarecrow too.

The duo cause a scene, but the question is: just how far are they willing to go?

We can’t reveal any more than just that, but we can tell you that Cindy Cunningham (Stephanie Waring) and Zara (Kelly Condron) issue Ollie with a warning, telling him that he’s going down a dark path.

Ollie, however, isn’t all that perturbed, as he reveals that he’s not planning on attending his sentencing later that day!