Stewart Hosie, SNP MP for Dundee East, said: “These daft, tasteless, inaccurate and very outdated stereotypes should be consigned to history.” Neither of the two main Scottish characters in the series are played by Scots. Oxford-born Tom Bateman puts on a Scottish accent, dubbed “brutal” by some viewers.

In the second episode of the adaptation, one character – a secretary called Sue – remarks of Tom’s “miserable” character: “They say that about the Scots, don’t they?”

After watching the drama, Glaswegian singer Eddi Reader, fumed: “Did anyone else catch the anti-Scot script? Apparently all Scots are either miserable or mean.”

The frontwoman of Fairground Attraction, spoke online with Sarah Pinborough, who wrote the original novel. Eddi claimed: “The author told me that she didn’t write those racist lines.” 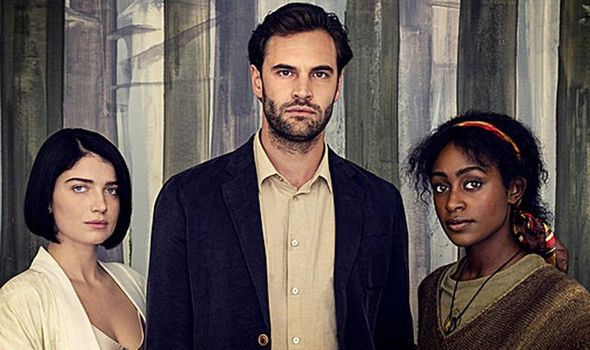 Sarah – who opted not to be part of the adaptation process – responded publicly to one of Eddi’s comments, telling her: “I’m half Scottish so defo wasn’t meant that way.”

None of the 11 mentions of Scotland in the novel feature derogatory remarks about Scots.