Ben Shepherd was back with a brand new episode of Tipping Point this afternoon and four more hopeful contestants battled it out to reach the final and win their share of the £20,000 jackpot prize. But as the thee-counter trade played, the host was quick to notice the chance of winning the jackpot counter was slim.

ITV viewers tuned in to see Jade, Richard, Viv and Shanon take part in the game.

After the first round, Richard was the first player to leave as he only accumulated £300.

Onto the next round where the three players were asked a series of questions under a time limit and with each correct answer they would get a counter to put into the machine. 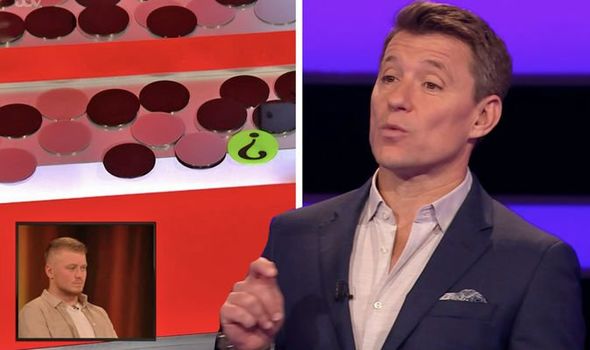 However, Viv managed to add no more money to her total and she was out of the game.

It was then head to head for the final two players and with £650, Jade had met her tipping point as Shannon sailed into the final with £2300.

As for how he faired in getting the jackpot counter out of the machine, time was up before he had the chance to win big. 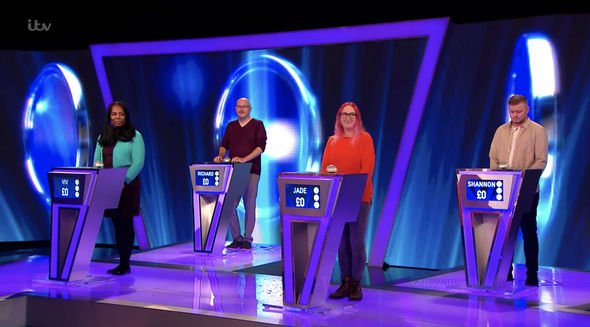 “We’re out of questions and categories,” Ben said. “But it’s not over.

“You can walk away with £3400 right now or trade it for three final counters, what are you going to do?”

“There’s too much money there to take the risk,” Shannon explained. “It would be difficult to hit all three in the right line and come out.

“I just can’t take that risk, I’m going to have to take the money.” 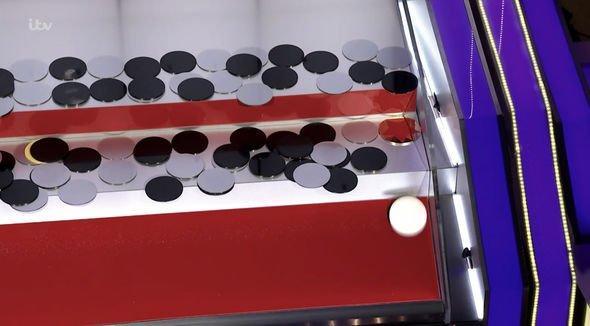 “£3400 is a fabulous amount of money and will certainly help when you’re going off travelling,” the host remarked.

“The question is though; could we have got that jackpot out if you had been brave enough to take the trade?”

Those watching at home watched then saw the three counter drop play out.

“Unfortunately that’s where they’ve been dropping the whole time, the left-hand side [of drop zone one],” Shannon commented and the first counter fell down the machine and onto the first level.

Four counters were pushed over the edge and into the win zone and then the second counter was seen being dropped into the machine.

“Drop two, spinning on the settle as well… that’s not going to go or help the jackpot either,” Ben said.

“This was the third and final drop – it would’ve got close with this one! Really, really close, but not close enough, I tell you what, one more correct answer!”

The host then turned to Shannon and asked: “You made the right decision, how are you feeling now?”

“I’m happy, I’ve got the money, I’ve had a great day,” the player replied.