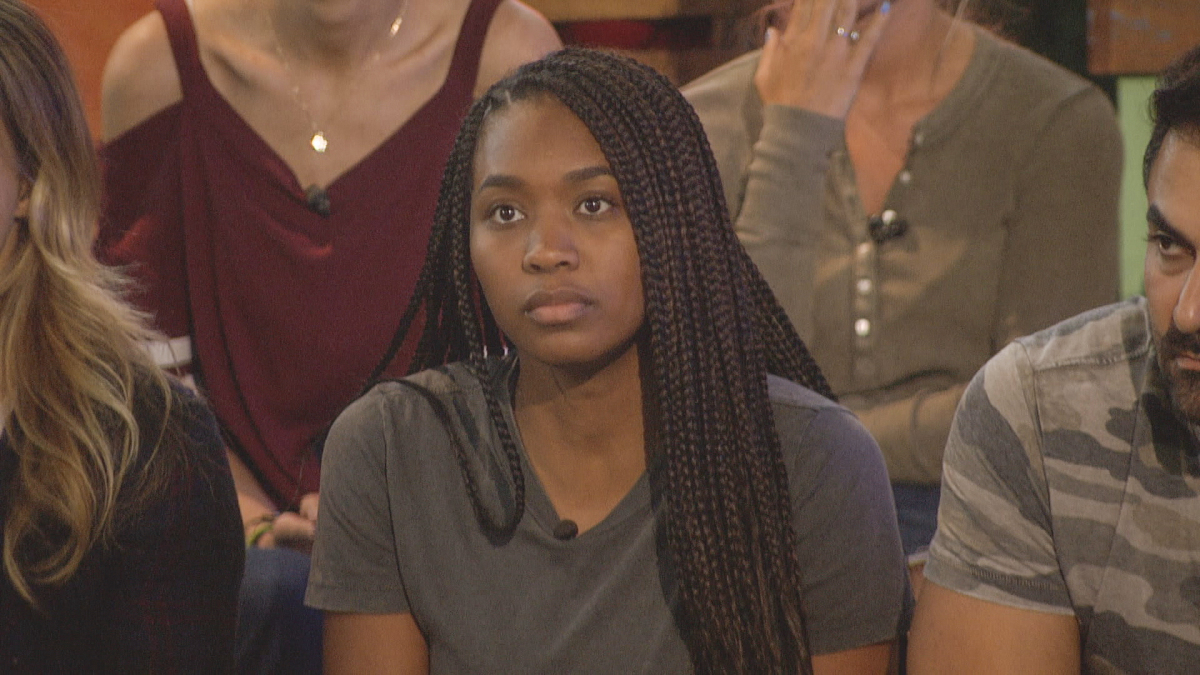 On Big Brother 22, Bayleigh Dayton is holding her own against some tough competition. But her husband, Chris “Swaggy C” Williams, says that this will be the end of her reality television career.

When Bayleigh made Nicole Franzel cry — or at least when Nicole seemed to pretend that Bayleigh made her cry — it led to a lot of chatter on social media. It had all played out on the Big Brother live feeds and people noticed.

Bayleigh first appeared as a member of the BB20 cast, where she met Swaggy C during their brief time in the house together. They struck up a very strong relationship over the three weeks they were together, but Swaggy C got evicted on Day 23.

Bayleigh made it all the way to the BB20 jury — she finished in 11th place for the season — but was reunited with Swaggy C on the season finale. It was there that he proposed to her and she accepted.

Should Bayleigh have gone on The Challenge at MTV?

With the drama about Bayleigh and Nicole bubbling up on social media, a fan noted that Bayleigh should have just gone back on The Challenge. She might have done well on the MTV reality competition show the second time around.

Swaggy C responded to the fan, noting that, “she’s done with reality tv after BB just like me.”

He continued his post by writing, “She only did BB because she was bored at home & wanted to have fun. But she’s done after this.”

Below is the fan message and the response from Swaggy C. Take a look at the first response to Swaggy C as well, because it is a very recognizable name from Big Brother and The Challenge. 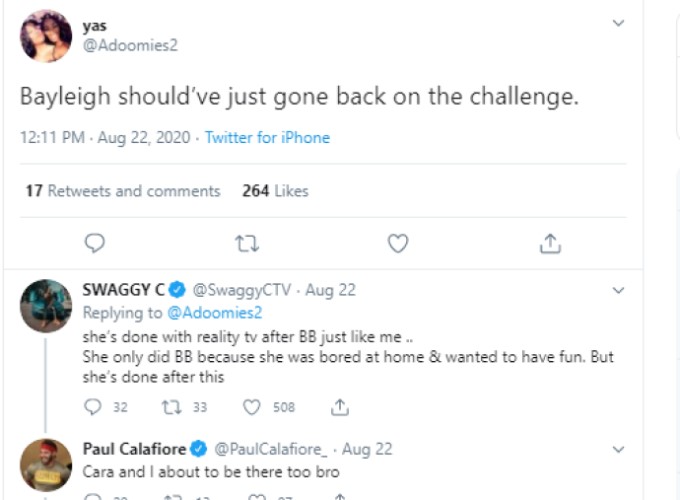 The goal of everyone left on Big Brother All-Stars 2 is to become the $500,000 winner this summer. Bayleigh is safe again for Week 3, meaning she is close to making it to the top 13 from this season.

On the popularity index, Bayleigh is also ranking pretty high with fans, so she is playing the game well. She also has some good alliances, but there are some people in the BB22 house using her for information right now.

The good news is that it looks like Bayleigh got paid well just for taking part in this season, so everything else would simply be a nice bonus. We will all have to watch together to see if she can maneuver her way through the house.

To get to the end, though, Bayleigh is going to need to start winning some competitions.