Three houseguests remain on Big Brother‘s 24th season… but that $750,000 check can only be made out to one of them.

Monte Taylor, Taylor Hale and Matthew “Turner” Turner have successfully schemed their way to this season’s long-awaited finale, airing Sunday at 8/7c on CBS. And this particular trio is one of the show’s most stacked Final Threes in recent memory: No one here is a floater or perpetual competition dud, dragged along by stronger players to ensure an easy win on finale night. Rather, Monte, Taylor and Turner all have compelling cases they could make to the jury on Sunday, from résumés packed with competition wins to sterling social games.

Ahead of the finale, where one last eviction will determine this year’s Final Two, we want your insight on who will win Season 24 — and who should. (Not always the same person!) First, let’s revisit each houseguest’s current standing in the game: 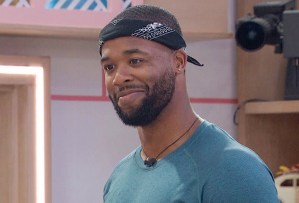 MONTE | On the competition front, Monte has the best track record of the bunch, with two Head of Household and two Power of Veto victories to his name. Of those wins, his veto triumph on Sept. 8 was perhaps most crucial, allowing him to remove Alyssa from the block and set the stage for Michael’s eviction in one of the summer’s biggest moves. Plus, Monte has kept himself well-protected by allies all season long: From the quartet of The Pound to the dominant Leftovers alliance, Monte surrounded himself with savvy strategists and strong competitive threats, ensuring he’d remain safe even when his opponents — Daniel in Week 5, for example — tried to make him the primary target.

At the moment, the biggest obstacle on Monte’s path to the win is the simple fact that his fellow finalists are also strong contenders for the prize money — and Turner, to whom Monte has been loyal for quite some time, has a résumé so similar to Monte’s that it’s anybody’s guess who the jury might vote for, if those two men are sitting next to each other. Should Monte win the final Head of Household competition, he’ll have a massive, make-or-break decision on his hands when it comes time to evict someone. 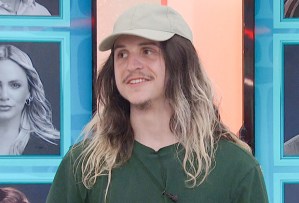 TURNER | Turner never clinched any veto wins throughout the summer, but he did serve as HOH a respectable three times — one of which resulted in Michael’s game-changing ouster. And Turner has frequently demonstrated that he’s willing to prioritize gameplay over personal feelings, allowing him to jump from alliance (The Leftovers) to alliance (the short-lived Afterparty) if it meant keeping himself in the game another week.

The flip side of that strategy, of course, is that Turner’s burned bridges have resulted in some poor jury management. We already know he likely won’t get sworn enemy Jasmine’s vote on finale night — but what about Alyssa, who’s still salty that Turner voted to evict her? Or Michael, who left the house during Turner’s HOH reign? Or Joseph, who discovered at Dyre Fest that Turner wasn’t willing to protect him? I like to think this particular jury appreciates Big Brother enough to set personal grievances aside and reward strategy instead; if that’s the case, Turner has a solid chance at the money. If not? He might be destined for second place. 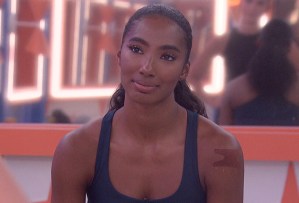 TAYLOR | I can’t recall a Big Brother run that’s shaken out quite like Taylor’s: For one, she likely would have been the season’s first evictee, had Paloma not voluntarily removed herself from the game. But Taylor has also been the target — especially in the summer’s early weeks — of relentless bullying and microaggressions, bookended by Daniel (in Week 1) and Monte (in Week 11) insisting to her face that she’s a cold woman who “rubs people the wrong way.” (And that’s only been the start of her fellow houseguests’ cruel comments and racist assumptions made behind closed doors.)

It’s true that Taylor’s résumé is comparatively thin. She’s been Head of Household twice, but won no vetos; relatedly, her Week 6 HOH reign was a bit of a mess, with ever-changing targets and emotional gameplay clouding her judgment. But we can’t rule out Taylor’s superb social game: Despite being arbitrarily targeted in Week 1 and nominated a total of five times, Taylor evaded eviction on all of those occasions, which speaks to her positive relationships with the other players. Plus, she doesn’t appear to have made many enemies on the jury — a group of people that seems to admire Taylor’s against-all-odds longevity in the game. That affection toward her, coupled with Taylor’s pair of HOH wins, could very well get her the votes she needs to become Big Brother‘s first-ever Black female winner.

Those are our thoughts, but now, we want yours. Cast your votes below (or go here and here) to weigh in on who will and should win Season 24, then hit the comments to back up your choices.