So, it all comes down to… this? A courtroom inquisition with Nicole Kidman’s abused wife acting as her own attorney against Meryl Streep’s aggrieved, possibly vengeful grandma; one parent questioning the other for the title of “The Good Mother,” aka the legal guardianship of two young boys? Even if we don’t bring in the behind-the-scenes knowledge of how this season came about, Episode 6, “The Bad Mother,” feels like David E. Kelley throwing his hands up in the air and screaming, “Fuck it! Let’s just make it about the law!”

After all, Kelley, a former attorney, has been writing about lawyers and courtrooms and legalese for more than three decades. The “L.A. Law,” “Ally McBeal,” “Boston Legal,” “Harry’s Law,” and “Goliath” creator has made it his “Practice” to place as many dramatic confrontations as possible between a pacing attorney and a cowering witness. And yet it feels so very strange to realize “Big Little Lies,” of all shows, will reach its Season 2 climax with Celeste using her oft-touted but rarely seen legal prowess to outwit, overpower, and shame her mother-in-law, Mary Louise.

On the one hand, Kelley is giving the people what they want: an overtly melodramatic throwdown between the series’ two most notable performers. Who cares that it doesn’t fit the show? Who cares that it’s totally unnecessary? Who cares that the judge was about to grant custody to Celeste? That mama wants a fight, and we want it, too!

But… sigh. It’s just hard to take any satisfaction in how the series’ searches for conflict anymore. Well before Celeste extended the story like a bad reality TV show, making us wait one more episode to hear the long-awaited verdict, Kelley’s been struggling to find a central, unifying problem as compelling as last season. To compensate, all the characters are either spinning their wheels (like Bonnie, who’s been haunted and wanting to confess since Episode 1) or acting against the core of who they are (like Ed, who’s very public lunch date with Tori, played by Sarah Sokolovic, is impossible to believe — no matter how many times he claims to be a changed man, Adam Scott and his panicked cringes are the two things that won’t lie to us!).

Without a single grounding force, “Big Little Lies” has gone totally off the rails, running out of story at the same time its audience has run out of patience. What was an amiable, even enlivening experience through three episodes showed its true colors in a confounding, problematic fourth entry and only fell further apart from there. Now, as we prepare for the finale, what answers are worth sticking around for? 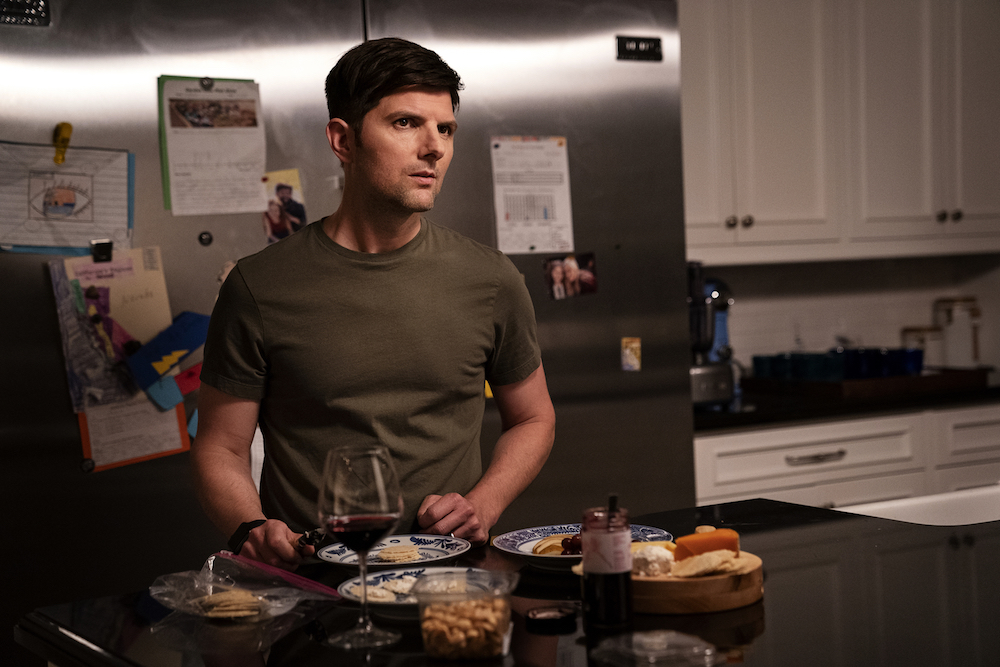 Will Bonnie kill her mom? Perhaps the bigger question is if Bonnie will stop lying to us before she stops lying in general. There have been so many scenes where Bonnie imagines doing something before we cut back to reality, where she’s only thinking about it. In this episode alone, she imagined confessing to killing Perry during an interrogation. Then she imagined killing her mother with a pillow. Then she imagined standing up in court and confessing. All of these are fake-outs which undermine what she actually does — I was expecting her long, angry tirade against her mother to suddenly stop and show Bonnie waking up from a nap — but they’re also redundant. We already know Bonnie wants to confess. We already know Bonnie is thinking about killing her mom. We already know Bonnie wants to confess — yes, I said this twice, because they showed it twice in the episode even though she’s been thinking about it all season! Come on!!

Will Ed and Madeline stay together? This was, prior to “The Bad Mother,” my favorite storyline in Season 2. Adam Scott has been very, very good throughout, making Ed’s wounded “good guy” living on the edge of breaking, well, less good pretty fun to watch — mainly when he flips out on Nathan (James Tupper). But now we’re supposed to believe he’d entertain the idea of having an affair with Tori, just because it would… feel good? That’s not Ed’s way, and it feels like the show is just keeping her around so that when Ed finds out about Perry’s death, there’s an imminent threat. Maybe he’ll run to her bed when he finds out he’s been lied to again, but if he does, is that really in character? I don’t buy it. He’s too rationale to jump to that extreme after spending all this time dwelling on it.

Will Jane… do… something? Be OK? I don’t know what we’re supposed to hope for with Jane. There’s no reason to invest in her relationship with Corey (Douglas Smith), other than hoping that she can find love and happiness in romance again, but there’s no reason it has to be him. Jane seems like she’s processing things pretty well, overall. I think she’ll be fine no matter what.

Forgetting about Mama Wright vs. Grandma Wright, which is, again, just there for the spectacle of Kidman vs. Streep, that leaves Renata (Laura Dern). Despite most of Renata’s drama circulating around her stunningly douchey hubby, the way Dern channels her rage into a propulsive, inventive, and positively feral spew of curse words is nothing short of “Veep”-esque. For that, I’m invested in Renata’s outcome. Though I’m worried there won’t be much of one, I do hope for a finale miracle and some sort of poetic resolution for Renata.

But… sigh. That seems unlikely. The Season 2 lies are simultaneously too big and too little. So fuck it. Bring on the court battle.