Set in Detroit in the 1980s, Starz‘s BMF chronicles the rise and fall of the Flenory brothers. It showcases how they started their drug organization Black Mafia Family. In the series, Demetrius “Big Meech” Flenory and Terry “Southwest T” Flenory rise from corner boys. By the early 2000s, they were two of the biggest drug traffickers in the country. Demetrius “Lil Meech” Flenory Jr. portrays his father Big Meech in the series while All-American alum Da’Vinchi portrays Southwest T. 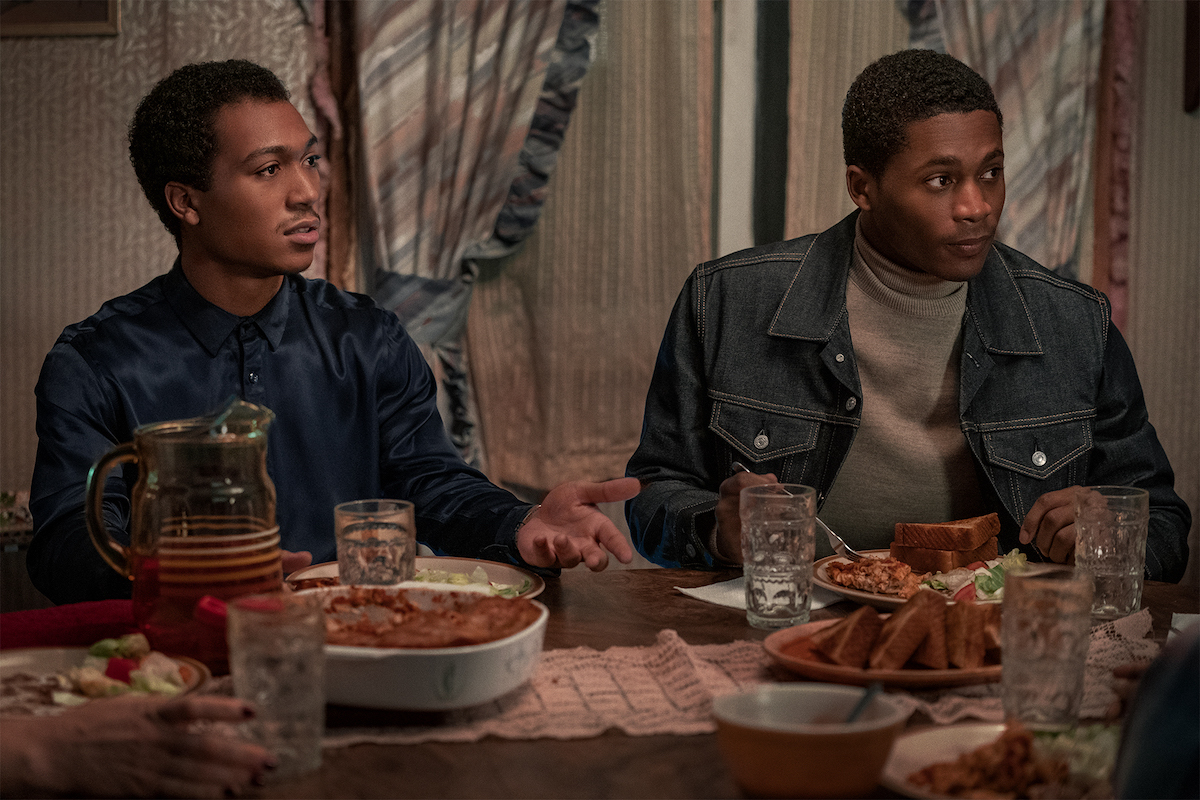 Demetrius ‘Lil Meech’ Flenory Jr. was in acting classes for two years before auditioning for the show

50 Cent thought it was crucial to prepare Lil Meech to audition for the role in BMF. “He made sure, you know, I had the foundational acting before I just jumped out there on the screen and didn’t have any acting experience, you know, as far as any classes,” Flenory told The Grio. “(I took) intense acting classes, five days a week, (sometimes) two times a day, for two years.”

He added, “You know, they could of got somebody else who has been acting before, that doesn’t look nothing like my dad. Just because that’s my dad, doesn’t mean I (automatically) get the job. So I had to show people that, you know, I really knew what I was doing.”

Still, Huggins isn’t convinced that Lil Meech is “Detroit” enough for the role. “Lil Meech doesn’t sound like a Detroiter,” Huggins joked to TV Line. “He sounds like he’s from Miami because that’s where he’s from.”

For his part, Lil Meech just wants the world to see his father for exactly who he is. “I love Randy, but he be hating on me a little bit,” Flenory laughed. “He be hating on my Detroit accent, but I know how people in Detroit talk and sound. My accent on the show came naturally because I spent a lot of time there when I would go and visit my grandma, even after my dad got locked up. It’s an honor to play my dad. And I can’t mess this up.

How realistic is the show?

Though Huggins wasn’t convinced that Lil Meech was up for the work it would take to portray his father at first, he made sure everything else was as realistic as possible. Growing up in Detroit amid the rise of BMF and forming a trust with BIg Meech enabled Huggins to get as close to the truth as possible.

“I took some liberties, but everything there is based on a story,” Huggins told Urban Hollywood 411. “Obviously, you can’t have people’s names in there. Obviously, some of the places may have changed. I don’t think there’s a character in there, that I hadn’t heard of,” he said. “I may have to take a creative liberty to make an art-pop a little bit more. I may have to take a creative license to make a scene funnier than it may have been, but that’s just part of telling a story. This is not a documentary.”