Before the Oscar-winning Bohemian Rhapsody was released, Brian May’s wife Anita Dobson had the chance to watch Rami Malek filming as Freddie Mercury. Appearing on Loose Women this week, the 70-year-old EastEnders star spoke of seeing him shoot the Live Aid scene from the end of the movie. On visiting Bohemian Rhapsody’s set, she said: “It was amazing. I went on the very first day they started filming when they did the Live Aid scene, and it was extraordinary.”

She continued: “Rami [Malek], who plays Freddie, was amazing.

“From the moment they started recording he was Fred. For me, it was very emotional.”

But that wasn’t the only portrayal she was impressed with, praising Gwilym Lee who played her husband May.

Dobson added: “He was amazing. He got all of Brian’s little mannerisms and the way he holds his hand.” 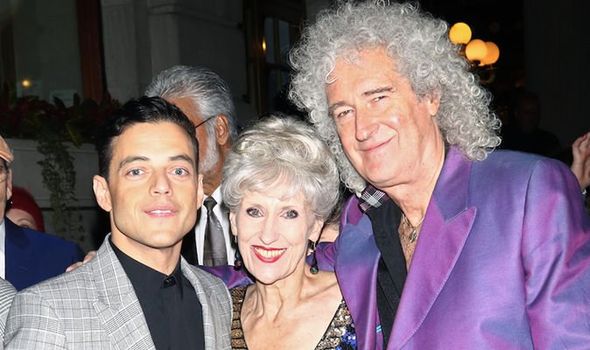 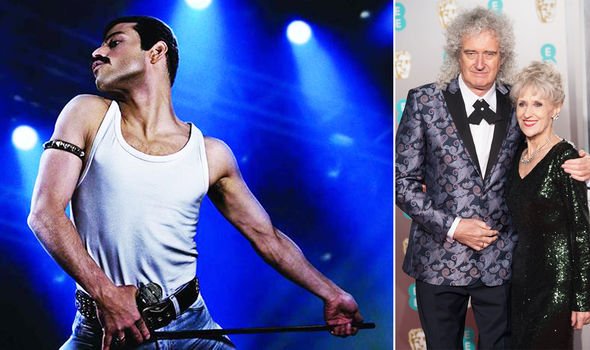 But when it came to seeing a rough cut of Bohemian Rhapsody, Dobson said she had to leave straight afterwards.

She said: “The first time I saw a rough cut of the film I was in shreds at the end I had to leave and go and sit in the ladies for a while.”

Meanwhile, her husband is currently on the road with Queen and Adam Lambert.

A couple of days ago the band surprised fans by performing with the Dallas Cowboys cheerleaders. 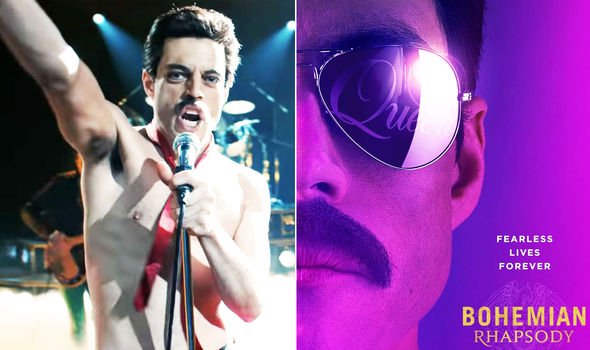 At that moment the Dallas Cowboys cheerleaders joined the stage complete with pom-poms.

Brian May wrote on Instagram: “Yeeeay ! At last ! Javier got much better footage of the Lovely Ladies from Dallas last night than anything I’ve seen.