But, fresh from his Oscar-winning performance as Freddie Mercury in Bohemian Rhapsody, in-demand Malek wanted a cast-iron guarantee from the filmmakers before signing on the dotted line.

Did he want joint billing with Daniel Craig or a two-movie deal, or perhaps a heftier fee and lucrative product endorsements?

No, he simply wanted an assurance from director Cary Fukunaga that the villain he would play would NOT be a religious fundamentalist or an Arabic-speaking terrorist. Because Malek’s pride in his Egyptian heritage and culture is, he says, “the fabric of who I am”.

He explains: “It’s a great character and I’m very excited. But that was one thing that I discussed with Cary. 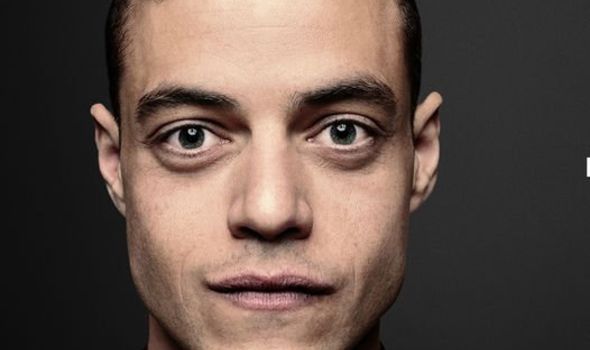 “I said, ‘We cannot identify him with any act of terrorism reflecting an ideology or a religion. That’s not something I would entertain, so if that is why I am your choice then you can count me out’.

“But that was clearly not his vision. So he’s a very different kind of terrorist.

Of the eagerly-awaited next instalment in the franchise, he says: “It’s another extremely clever script from the people who have figured out exactly what people want in those movies. But I feel a substantial weight on my shoulders. I mean, Bond is something that we all grow up with.”

Rami, 38, was born in Los Angeles in 1981. His parents Said and Nelly Abdel-Malek had left Cairo three years earlier after his father, a tour guide, became intrigued by Western visitors. But he was raised with a deep sense of his Egyptian roots.

HIs father sold insurance and his mother was an accountant and together they raised Rami in the Coptic Orthodox Christian faith.

He and his identical twin brother Sami and older sister Yasmine spoke Egyptian Arabic at home.

Their parents would wake them in the middle of the night to talk to the family in Egypt. Talking about his identity last year, he said: “I am Egyptian. I grew up listening to Egyptian music. I loved Omar Sharif. These are my people. I feel so gorgeously tied to the ­culture and the human beings that exist there.”

And he has said: “I am very proud of where my family and I come from. It’s a unique vantage point – having parents who, at a massive risk, left their lives at home and came all the way to the foreign country so that their kids could have a life that, perhaps, gave them more opportunity.

“I get to reap the benefits of the hardships of my parents and that gives me a strong appreciation for the life I lead today.

“Obviously, I saw my family struggling, yes. There is a struggle that any immigrant family takes on. I hope in many cases it is worth taking.”

Rami admits he found it difficult to assimilate at school and spent most of his childhood having his name mispronounced.to.” 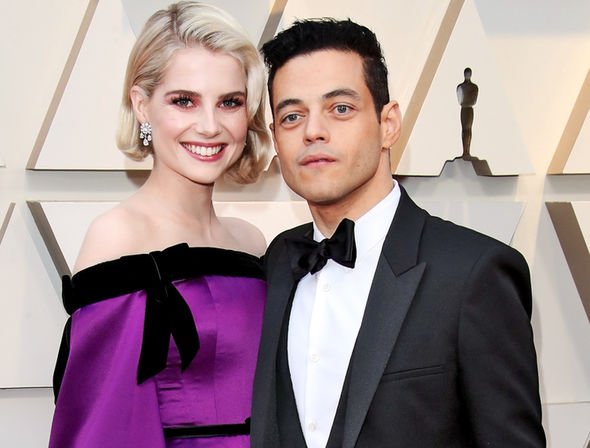 “It took me until high school to tell everybody, ‘No, my name is Rami’,” he once said. “It’s a very upsetting thing to think about – that I didn’t have the confidence to correct anyone at that point.”

But that lack of self-identity meant he began “creating characters and doing voices” – honing the acting skills that have now made him one of the biggest names in Hollywood.

His portrayal of the flamboyant Queen frontman won Malek a Golden Globe as well as an Oscar and landed him the Bond role.

But he also won the heart of his co-star Lucy Boynton, 25, the British actress who played Freddie’s girlfriend Mary.

They have been together since they finished filming and divide their time between New York, Los Angeles and London.

He says: “I am so lucky to have someone in my life who does very lovely, surprising things, has an amazing smile and keeps me very grounded.”

Boynton sprang a surprise party for his birthday in May.

He laughs: “I don’t like to celebrate my birthday but I could tell she was very nervous and had planned an evening for both of us.

“I finished work early on Friday and she took me up to the rooftop and I thought something special was going on.

“Then my jaw just dropped. I saw the actors who play Brian May, John Deacon and Roger Taylor of Queen and one of our producers and executives on the film.

“I was awestruck seeing everyone and I couldn’t believe that Lucy had got everyone together and flown them all in and planned an entire weekend for us.

“I couldn’t believe I was lucky enough to have someone that considerate in my life.” 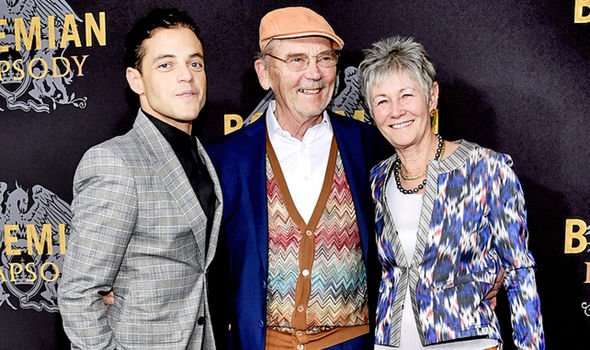 Not to be outdone, Malek returned the surprise when he took her to an Elton John concert in Los Angeles.

He says: “I called up Elton’s people and said, ‘Hey, could I get tickets to the show and surprise the lady with them?’

“Lucy didn’t know where she was going. I took her through the back door, walked her right on in, and Elton blew us a kiss.”

He laughs: “The perks of playing a rock star!”

He also gave Lucy a framed photo of the two of them after he had won his Golden Globe.

“It’s an exceptional photograph of us grinning from ear to ear ­holding the Globe,” he says. “That was our favourite moment of the evening.

“And it’s wonderful to not only have the award but that picture of us, looking at each other eye to eye and knowing the battle we fought to get there.”

Rami was talking in New York after finishing filming the final ­episode of the TV series Mr Robot which first aired in 2015. He plays Elliot Alderson, a mentally unstable computer hacker, a performance which won him several drama ­critics’ awards and an Emmy for best leading actor.

“Everywhere I go, even after Bohemian Rhapsody and other projects, young people especially seem to gravitate towards this character.”

But fans of the superspy series can’t wait to see Rami’s ­baddie ­taking on Daniel Craig’s 007 in the yet-to-be-named Bond 25.

Production schedules had to be changed due to an injury Craig sustained while filming a stunt in Jamaica.

Then, in another setback, Grace Jones reportedly quit minutes after arriving on set when she discovered that her role wasn’t quite as meaty as she had hoped.

But Malek has already filmed his key scenes in Norway. 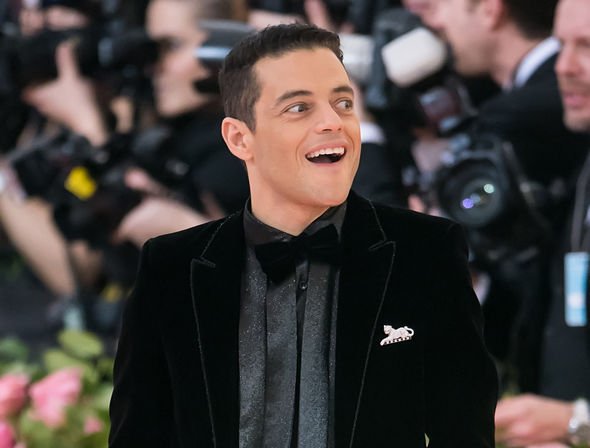 He says: “I’m thrilled to be working with Daniel.”

But before taking on the Bond role, Rami very nearly made another appearance as Freddie Mercury in the Elton John biopic Rocketman – alongside Taron Egerton who played Elton.

He says: “I thought about it, talked about it with Taron and if there was a way to do it we were going to try.

“We had multiple discussions about it and we were really trying to make it work.

“We threw out ideas about where Freddie and Elton could be at the same time because they actually spent quite a bit of time together and would challenge each other on who could throw the most extravagant parties.”

However, he fears Fox, the film company that financed and distributed Bohemian Rhapsody would have put a stop to it anyway.

He adds: “With the different studios involved, I don’t think there was a chance in hell that Fox was going to let me do it. But we wanted to and it was a shame. I would have loved to.”