The Chase: Shaun clashes with Bradley over extinct Zebra

The Chase’s new contestants on Saturday included Terry, Alex, Oyin, and Julie. However, Bradley’s jokes about zebras made Shaun jokingly scold him for attempting to correct him on a question. Bradley eventually understood what Shaun was saying about zebras and they quickly moved on.

ITV host Bradley Walsh helped the four new contestants on The Chase on Saturday as they battled Chaser Shaun Wallace for the grand prize.

The team gained a strong start after the first contestant Terry earned £3,000 for the group.

He made it back for the Final Chase, much to the rest of the team’s delight.

However, it was Bradley that made Shaun lose his cool after the host attempted to correct the Chaser on a question about zebras.

The question was: “‘Equus quagga’ is the scientific name for the most widespread species of what mammal?” 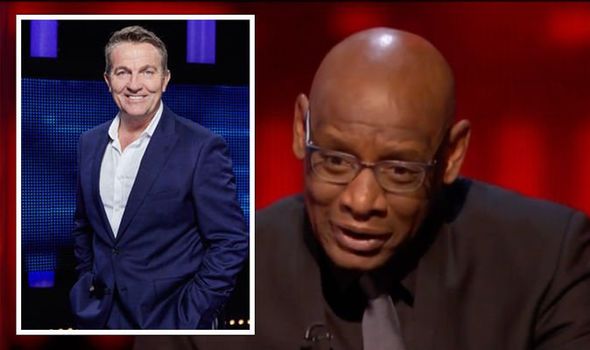 “A quagga is the extinct species of zebra,” Shaun explained.

Bradley quickly responded, by jokingly asking him: “Do we know what it looked like?”

Shaun rolled his eyes and answered, saying: “It looked like a zebra”.

“If it looked like a zebra, then it’s not extinct is it, ‘cos they’re still knocking about aren’t they?” Bradley continued.

“No, that’s the scientific name of the zebra. I just told you, there’s a species of zebra called the quagga. It is extinct,” an exasperated Shaun explained.

After Bradley understood, Shaun said, “we’ll be here all night”, as the pair moved onto the next question. 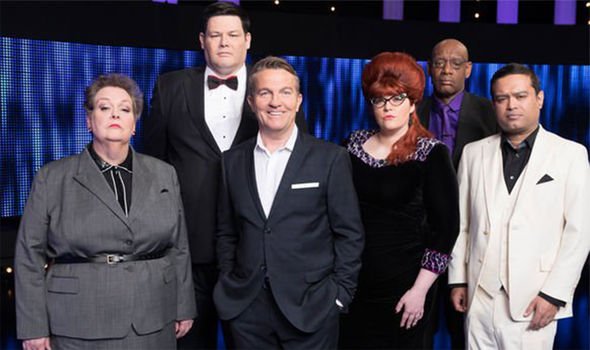 Later in the show, second player Alex got Bradley very excited by going for the higher offer of £30,000.

However, the showdown saw Alex and Shaun going head-to-head as the Chaser caught up with Alex and was only one question away from the money.

Though, The Dark Destroyer got the question wrong, as did Alex, which meant Alex still remained in the game.

After the tense moment, Bradley could barely contain himself, saying: “He’s missed an open goal.

“I’ve never seen such a ping pong game in my life, it’s extraordinary.

“This will go down in television history, it will. Never mind Millionaire, never mind Bake Off, never mind any of them Royal weddings.

“This is the show to watch.

“I’m so excited, I can’t contain myself!” Bradley jokingly said.

After the showdown, Alex failed to get the next question right, meaning he wouldn’t make it to the Final Chase.

Shaun quickly laid on the ground looking exhausted after his win, much to Bradley’s confusion at the sight of the Chaser on the floor.

Second contestant Alex was beaten by the Chaser, as was third player Oyin.

Julie, the fourth player, gained £4,000 in the cash-builder, but decided to go for the lower offer of £1,000 in order to get back for the Final Chase with Terry.

She made it through and Terry seemed delighted he wasn’t alone in the final showdown with Shaun.

The team only achieved a ten-step head start and failed to win against The Dark Destroyer in the Final Chase.

Terry and Julie were caught with 25 seconds remaining on the clock.

The Chase airs on weekdays on ITV at 5pm, and on weekends at 5:30pm.