BRITAIN'S Got Talent skaters Rosie and Adam have revealed performing their roller skate routine is more dangerous than doing the head banger on ice.

The duo stunned the judges in tonight's audition round with their death-defying act – but after years of performing on ice, the pair have risked life and limb to win this year's BGT. 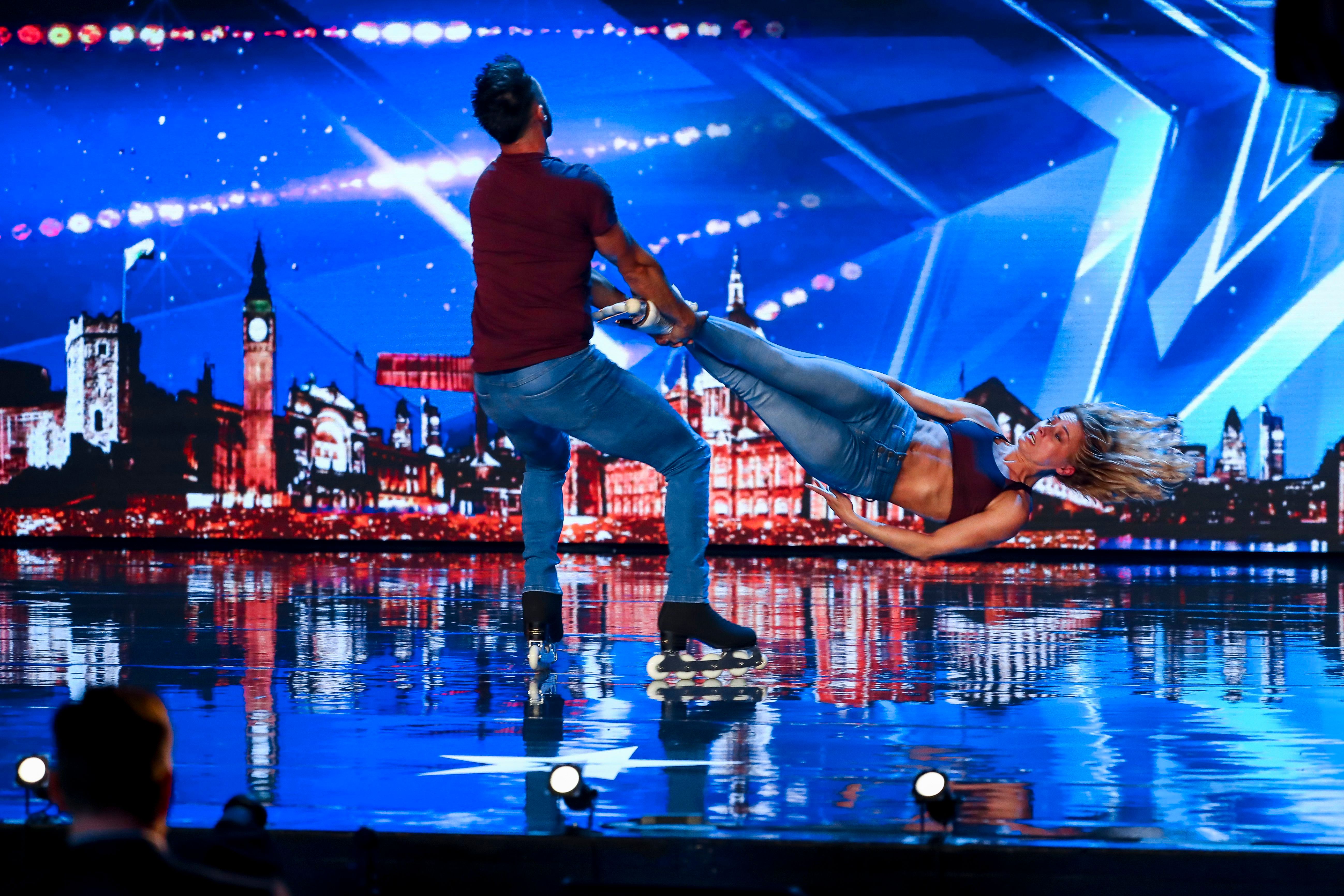 The double act, who are also a couple in real life, both have experience on ice, but say putting together this roller skating routine was the hardest thing they they’ve ever done.

"Although some of the tricks have been done on ice, going on the rollers is completely different.

"It was a new thing for both of us. Adam has roller skated in the past, I definitely haven’t. It’s something completely new for us as a pair." 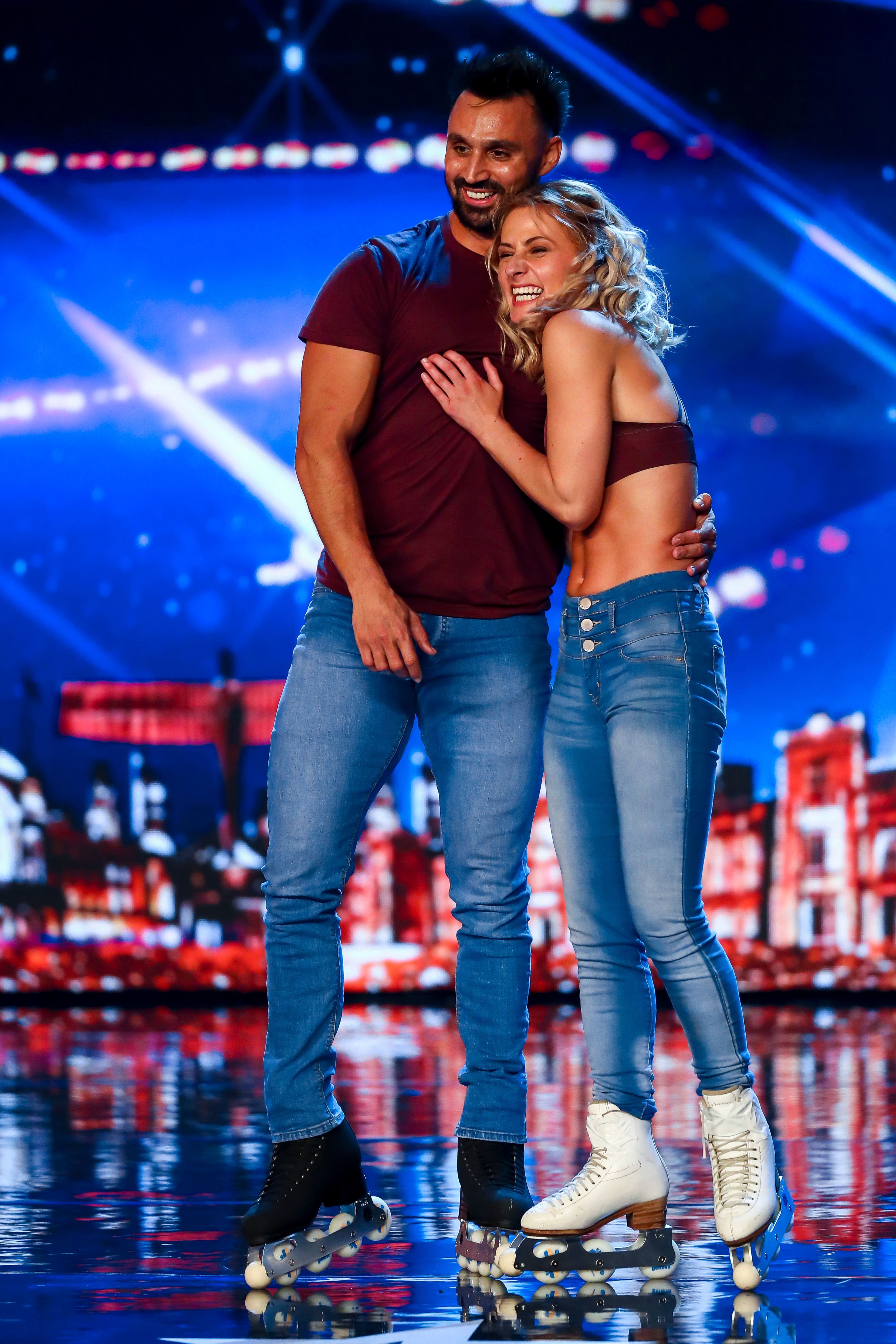 Even for Adam, who has 20-years’ experience on ice skates – which has seen him perform with Disney – said it’s tough.

He said: "Roller skating, as the guy doing the spinning, it’s so much harder and so much more dangerous than ice skating.

"I know a lot of other people that have tried to come and do it and then gone back to the ice, they didn’t want to put into the work.

"For me personally, I’ve never had the most natural talent, but I’ve always been willing to work harder." 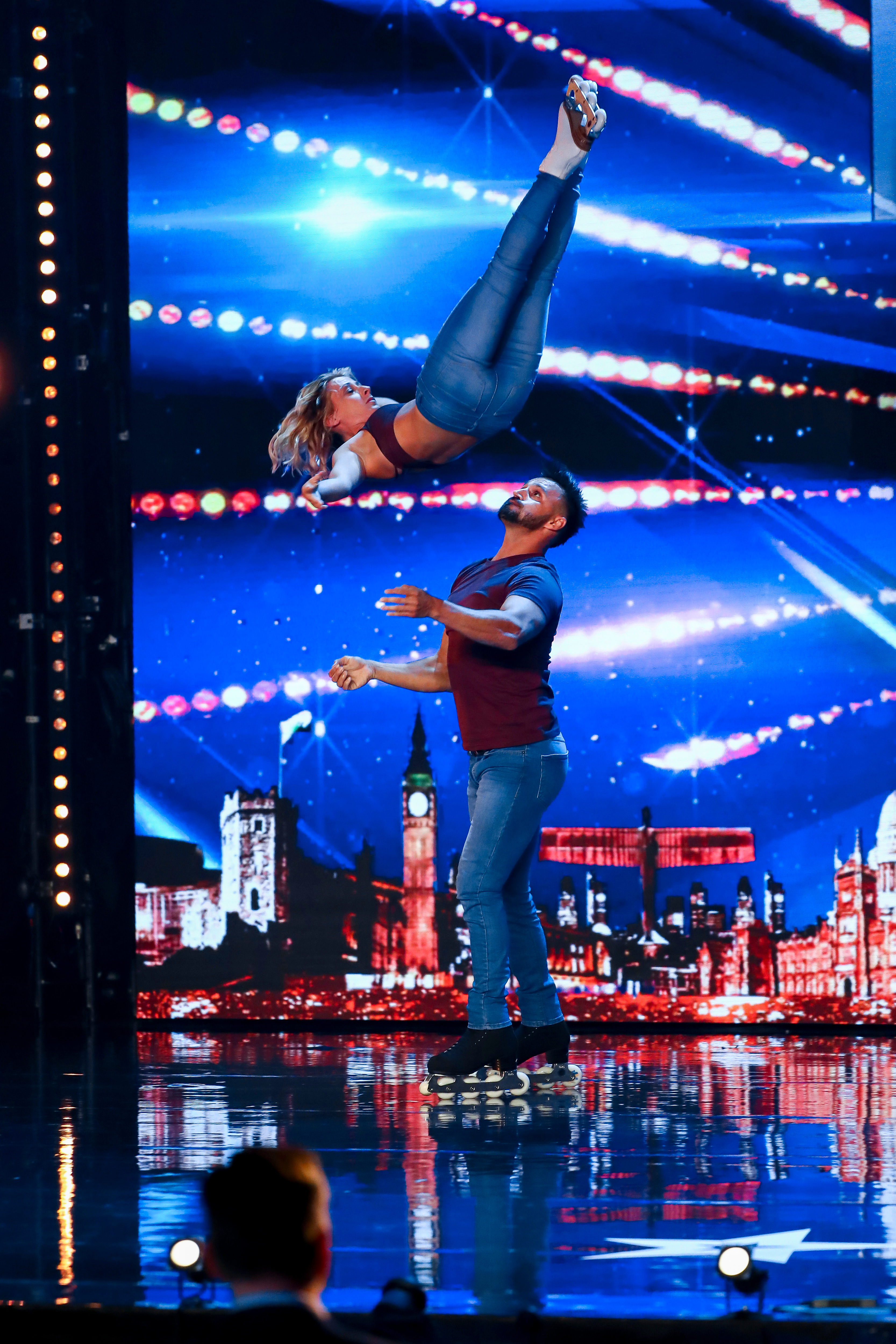 Adam has extra motivation for BGT after having to pull out of Poland’s Got Talent last year due to injury.

And he says his new partnership with Rosie takes it to a completely new level. He said: “Because of Rosie’s skills and the fact she can pick things up so quickly, this is much more acrobatic.”

Both have been sharing their training on their social media channels, where they prove their fearless ambitions.