BRITIAIN'S Got Talent fans will be terrified during tomorrow night's episode when creepy magician act Brotherhood chooses Declan Donnelly to lend a helping hand in their terrifying performance.

Viewers will see the television presenter, 43, pushed on stage by fellow presenter Ant McPartlin, 43 after the mysterious figures chose him to take part in the act. 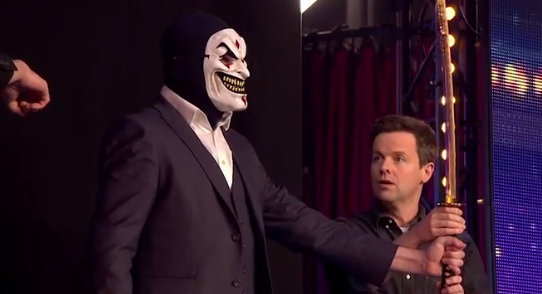 The creepy act, who dressed in black suits and terrifying face masks, left judge Simon Cowell absolutely gobsmacked at the beginning of their performance.

They begin by saying: “We are brotherhood, welcome to our game of mysteries, with this.”

One of the figures sliced a melon in half with a large sword as presenters Ant and Dec looked on from backstage. 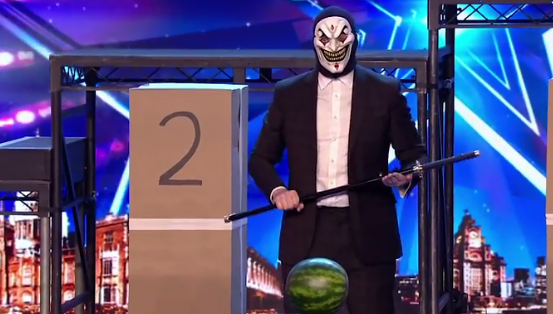 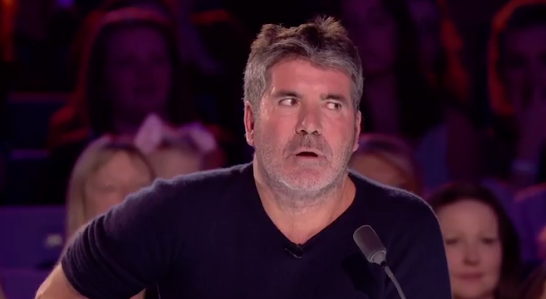 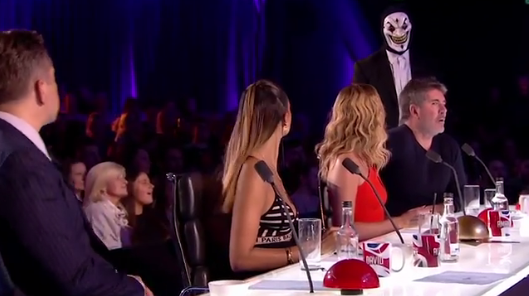 The spooky act uses four boxes and it becomes very clear that there could be severe consequences to follow, depending on which ones are selected.

The leader of the pair picks Dec to take his sharp sword and says: “Take this sword and put it in one of these boxes.

“We cannot see which box you choose.

“Our lives are in your hands, as it's series 13, choose wisely." 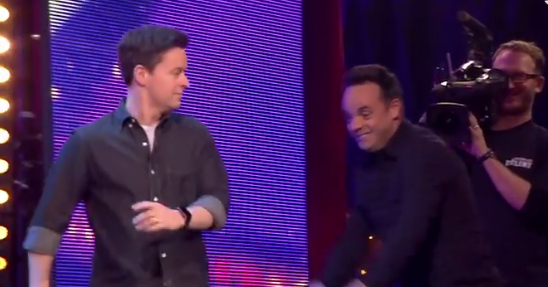 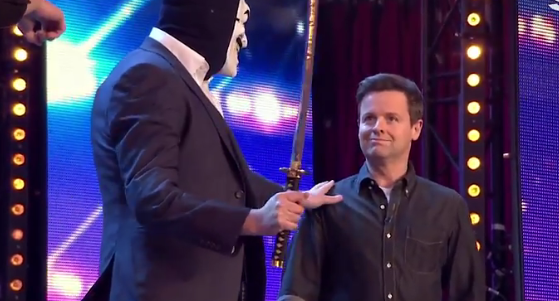 The pair will then proceed to fall onto the boxes, hopefully avoid the blade.

Last week on the show, Britain's Got Talent fans got emotional after watching an act balance 11 chairs on his face – and smash a Guinness World Record.

Viewers at home were amazed when 25-year-old Jay Rawlings linked metal seats together and perched them on his chin.

Jay tried his luck in front of the ITV judges and Amanda Holden said "I can't watch this" as his dad Simon stacked the chairs into an incredible structure.

And the strangest challenge the show's ever seen stunned viewers at home.