Jesse Armstrong makes a joke about King Charles at Emmys

Shropshire-born Jesse Armstrong, 51, wrote the HBO hit about a media dynasty at war and collected the top award for Best Drama Series. 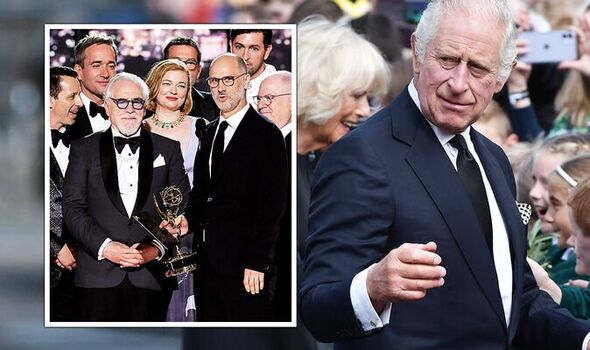 He provoked groans plus an online backlash as he told the celebrity audience: “Big week for Succession. New king in the UK this week for us. Evidently a little more voting involved in our winning than Prince Charles.”

But Scottish actor Brian, 76, chipped in: “Keep it royalist.”

Armstrong, who also co-wrote The Thick of It and Peep Show, spluttered: “I’m not saying that we’re more legitimate in our position than he is … we’ll leave that to other people.”

Social media users attacked the timing of his remark so soon after the Queen’s death.