A review of this week’s Brooklyn Nine-Nine, “The Golden Child,” coming up just as soon as I give myself a Dickensian backstory…

During that dark and strange two-day period last spring after Fox had canceled Nine-Nine, but before NBC rescued it, the show’s celebrity fans came out in force, none more loudly than Hamilton mastermind Lin-Manuel Miranda:

As soon as the show was rescued, it seemed inevitable that Miranda would appear in the new season. “The Golden Child” casts him as David Santiago, the exasperatingly perfect brother to Amy. It’s at once a riff on Miranda’s reputation as a polymath and a gentle skewering of his persona as the nicest guy in showbiz. David’s great at everything except humility, and you can quickly see how his smug superiority would weigh heavily on an obsessive achiever like Amy.

The show has had fun lately reversing the roles of her and Jake, who here has to try to rein in his wife’s glee over David being arrested for cocaine possession. Andy Samberg and Melissa Fumero have always worked well together, but there’s been even more fluidity between them of late. Amy’s historically been the straight man in the partnership, but a straight man with some fundamentally funny qualities like her eagerness to please. Jake, both with Amy and every other character he’s paired with, is usually the one generating the humor. But because he’s an inherently goofy person, he can be the mature and sensible figure in a storyline like this and still make a fool of himself drooling over the gorgeous men in the Brazilian mob. No matter where the show places the dividing line between them on the straight/silly scale, things work. Hooray for funny sitcom couples who stay funny even after marriage! And hooray for a good A-story, even if I kept waiting for a payoff that never arrived to David’s repeated declarations about not following pop culture. Maybe they can save that for a return appearance next season, since David and Amy’s rivalry seems ripe for more stories. Just depends on the schedule of a very busy man.

The B-story — where Charles plays tyrannical director of a play in which Holt and Terry both try going undercover to flip a perp in holding — was pretty flimsy, giving Charles a brand-new obsession as an excuse for a parody of community theater. And yet, it also offered an abundance of one of my favorite minor Nine-Nine running gags: Holt’s inability to convincingly play a heterosexual man describing what he finds attractive in a woman. (Usually, it’s her heavy breasts.) 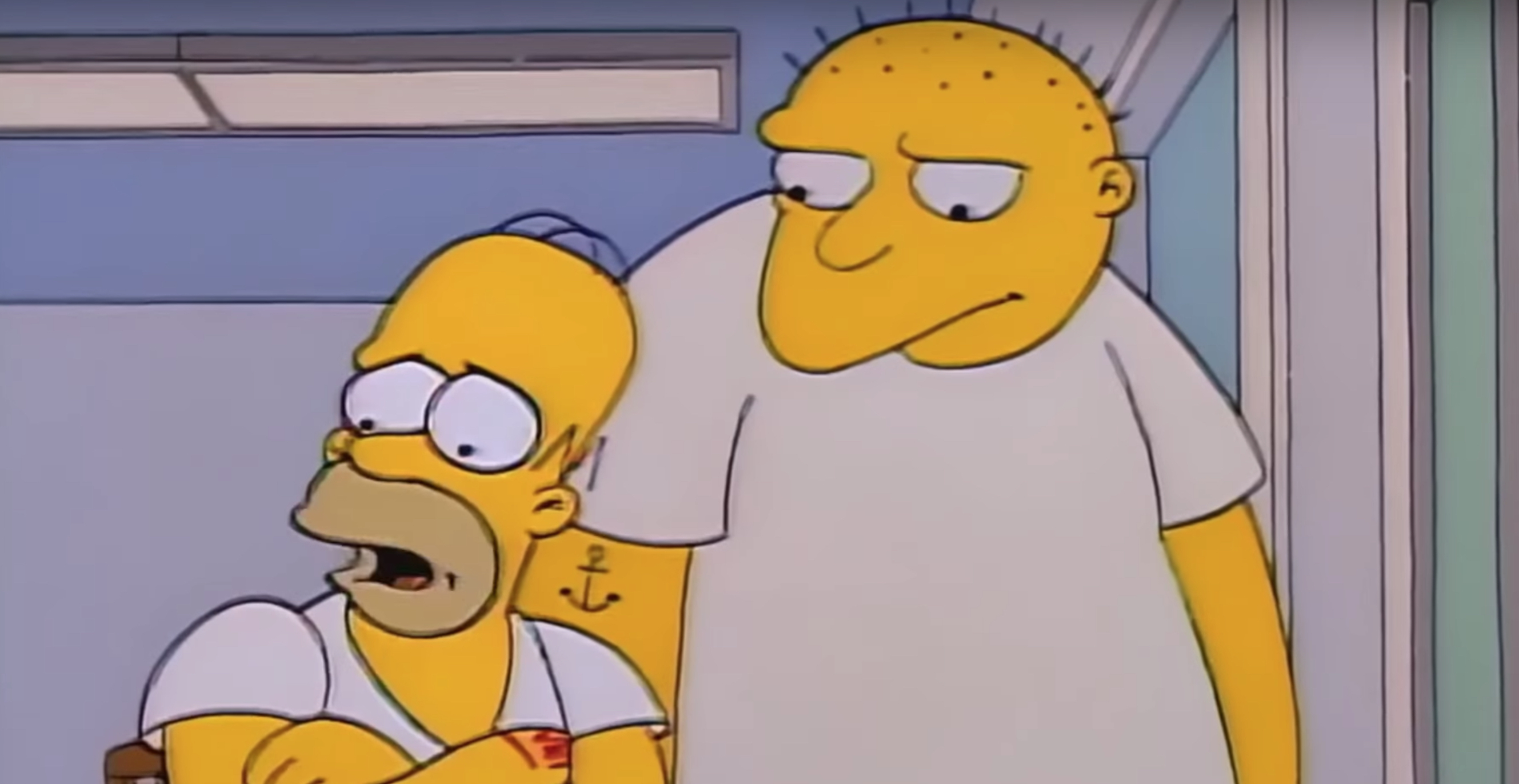 ‘The Simpsons’ Episode Featuring Michael Jackson to be Pulled

And I would call the teaser — an expertly melodramatic play on a soldier being assigned a suicide mission, only the mission is Jake being asked to keep Hitchcock from spilling condiments on himself all day — an all-timer; but Brooklyn does these comedy shorts so well, so consistently, it’s just another in a long string of great ones.