One of the most beloved current sitcoms comes to an end in 2021. Brooklyn Nine-Nine Season 8 kicks off in August 2021, marking the final episodes of the popular NBC show. Discover how many episodes the season is, as well as what the show’s creator told fans to expect.

Brooklyn Nine-Nine premiered on Fox in September 2013. The series was created by Mike Schur and his Parks and Recreation collaborator, Dan Goor. It stars Andy Samberg as Jake Peralta, a New York City police officer, and those he works with at the 99th precinct.

The show quickly earned a fan base for being a different kind of cop show. Rather than a procedural, Brooklyn Nine-Nine is mainly about humor. In other words, the cases take a backseat to the relationship dynamics portrayed between those working together.

Despite its popularity, Brooklyn Nine-Nine Season 8 almost didn’t happen. Fox canceled the show back in 2018, following its fifth season. In the shortest turnaround ever seen with a network TV cancelation, NBC picked it up within a matter of hours, airing seasons 6, 7, and finally, 8.

On Fox, Brooklyn Nine-Nine Seasons 1-5 aired during the usual school year schedule of September one year into the spring of the next. However, on NBC, the two seasons kicked off with winter premieres. However, the final season was delayed, making it well over a year since the last new episode aired.

In a message to critics, Goor asked that all spoilers be kept under wraps. He also noted that it was “not a normal season,” as “it was important to address the events of the past year.” Goor added that the writers aimed “to wrap up each of our characters’ arcs in a way that honors and celebrates them.”

Why is ‘Brooklyn Nine-Nine’ ending? 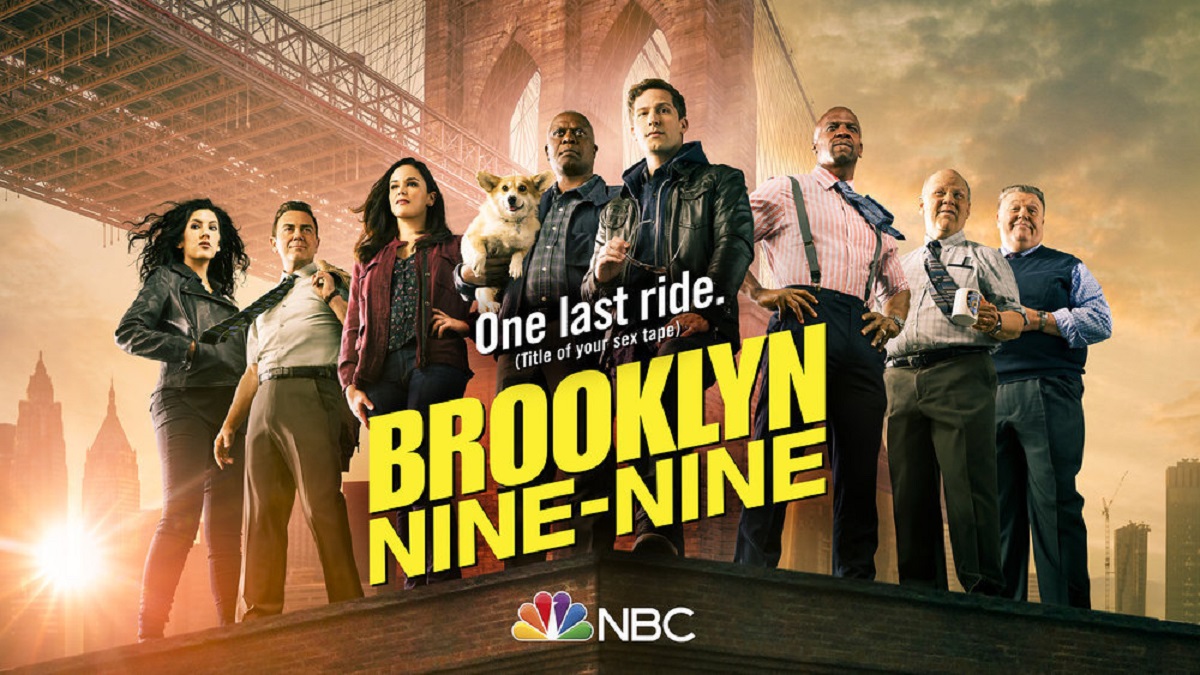 The coronavirus (COVID-19) pandemic affected many shows over the past year. But Brooklyn Nine-Nine also changed course due to the police brutality protests of summer 2020. “We’re taking a step back, and the writers are all rethinking how we’re going to move forward, as well as the cast,” Samberg told People in July 2020.

Despite its passionate fan base, this may have played a part in the decision to end with Brooklyn Nine-Nine Season 8. “I’m so thankful to NBC and Universal Television for allowing us to give these characters and our fans the ending they deserve… Ending the show was a difficult decision, but ultimately, we felt it was the best way to honor the characters, the story, and our viewers. I know some people will be disappointed it’s ending so soon, but honestly, I’m grateful it lasted this long,” Goor wrote in a February 2021 statement when the news went public (via TV Line).