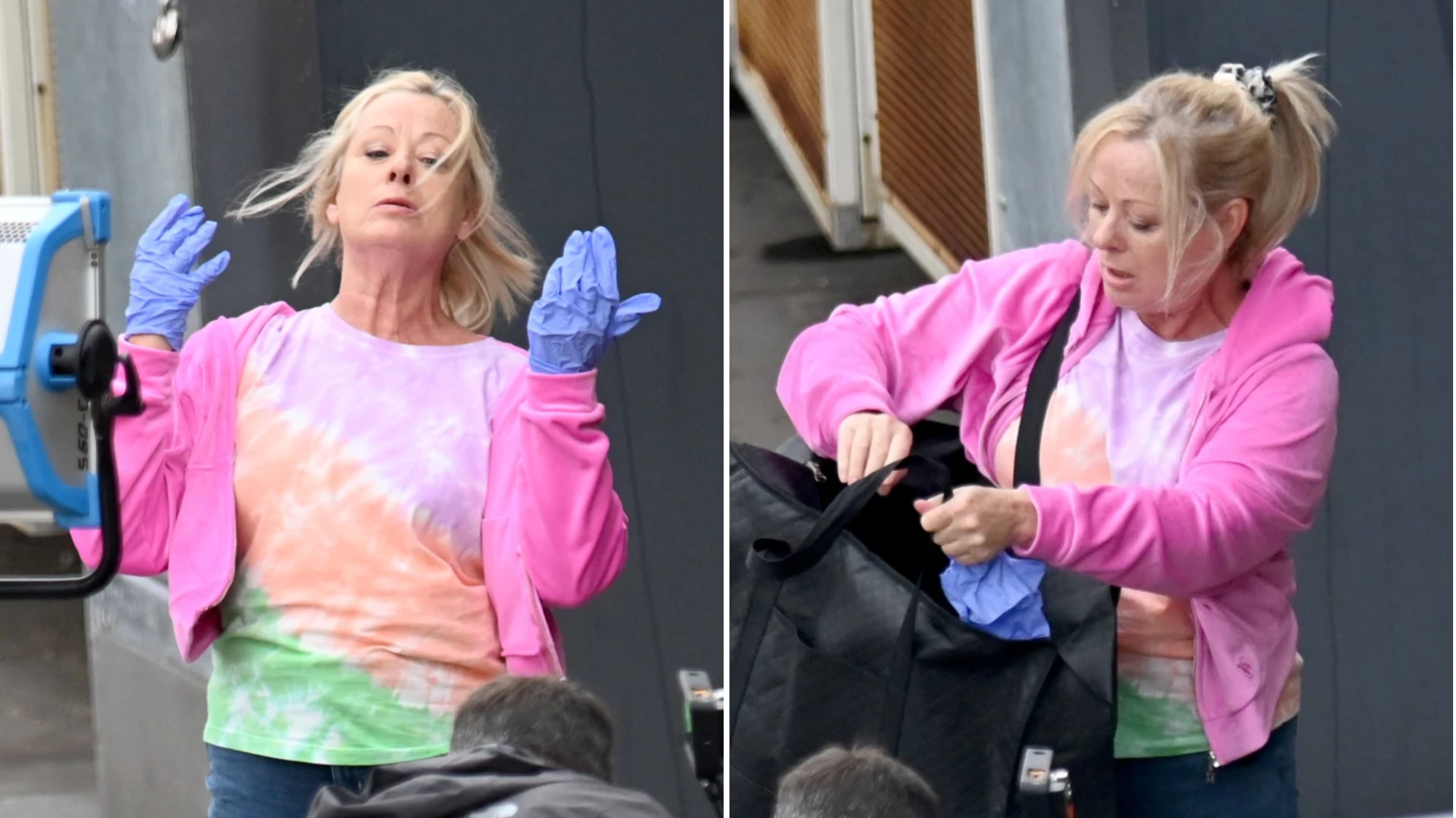 Gabrielle Glaister has been spotted filming scenes for Coronation Street in the wake of the news that she’s set to join the show as Bernie Winters’ doppelgänger.

The actress, who will play a character named Fern in the ITV soap, was pictured on-location exiting a jewellery store, with what looks like a lot of jewellery in her possession.

Is a robbery set to take place? That remains to be seen, but it’s known that Fern will be getting up to no good, after crossing paths with Bernie (Jane Hazelgrove) in upcoming scenes.

The character first encounters Bernie next week, following a mix-up about a parcel collection. Bernie is collecting Joseph’s new school uniform when she is given a parcel for Fern by a shop assistant who mistakes her for the other woman.

Fern arrives at the house demanding her parcel and accusing Bernie of theft. The women are struck by how alike they are and, the following week, Fern offers Bernie a dodgy way of earning some money.

The storyline in question was actually an idea of actress Jane Hazlegrove’s, after she and former Brookside actress Gabrielle were constantly mistaken for each other.

‘I mentioned this idea to Jonathan [Harvey, a Coronation Street writer] a while ago,’ revealed the cobbles star. ‘Gabby and I are constantly mistaken for each other with people saying they have seen one of us in something when it was the other one.

‘We have often laughed about it together but then I started thinking it might be fun to have her in the show as Bernie’s secret twin or a doppelganger.

‘I was so chuffed when they told me that they had devised this storyline and that Gabby was on board.

‘Shortly after I had heard that we were doing the story, I was at the Soap Awards and someone who used to work with Gabby started talking to me thinking I was her.

‘The actor was mortified when I pointed out who I was but of course I don’t mind being mistaken for Gabby, it is a huge compliment and secretly I was thinking “that’s brilliant, this storyline is going to work so well”.’

Gabrielle added: ‘Jane and I have been mistaken for each other for years and years -me constantly denying that I was in Casualty, Jane insisting that she wasn’t in Brookside! Or people congratulating me on my performance in something I wasn’t in because it was Jane being brilliant.

‘A very good friend of mine texted me last week to say he caught a bit of Corrie and thought I was very good. I pointed out that I wasn’t on screen yet!’