Call The Midwife’s popularity only increases with every series, and ahead of series 10’s Christmas special airing next month, the stars of the BBC period drama have discussed what it has been like to film under the current circumstances, as well as tease the new storylines.

Nurse Lucille Anderson (played by Leonie Elliott) arrived at Nonnatus House in series seven and quickly found her place within the community.

It wasn’t long before she caught the eye of mechanic – turned – Pastor Cyril Robinson (Zephryn Taitte) and together, they have won the hearts of the nation.

And in upcoming scenes, it seems marriage could be on the cards for the couple.

When asked to give a few details in regards to the festive episode, Leonie revealed: “Well, the circus comes to town, which is a real spectacle… 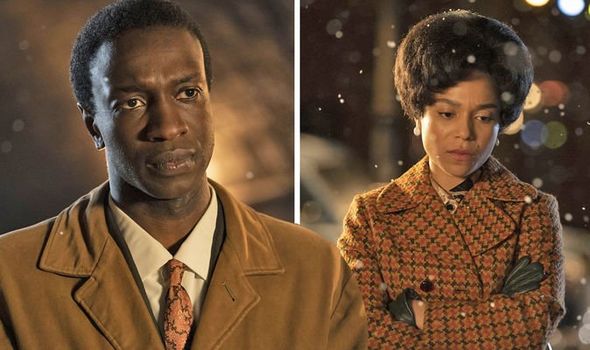 “There’s also a lot more about Cyril and Lucille’s relationship and how it is affected by Cyril’s journey towards becoming a pastor.”

And Zephryn added: “Cyril is coming to terms with his calling and his congregation is looking to him to guide them.

“So it’s a nice position for him to have in the Poplar community.

“As a mechanic, he thought his job would be fixing cars, but he now finds himself fixing lives. It’s quite touching.” 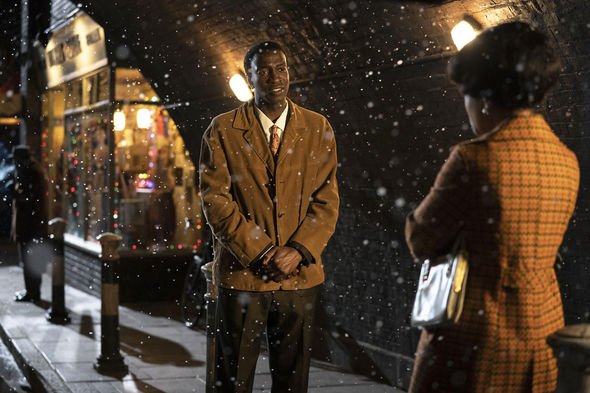 When asked whether the two should say “I do”, the actress who plays Leonie continued: “It would be lovely.

“We never know the next step for our characters, but yes, why not?”

And Zephryn explained: “It would be in keeping with the culture of that time.

“People from the Caribbean who came over on the Windrush tended to be very conservative and looked to the UK as a place where they could settle down and have a family, which meant marriage. 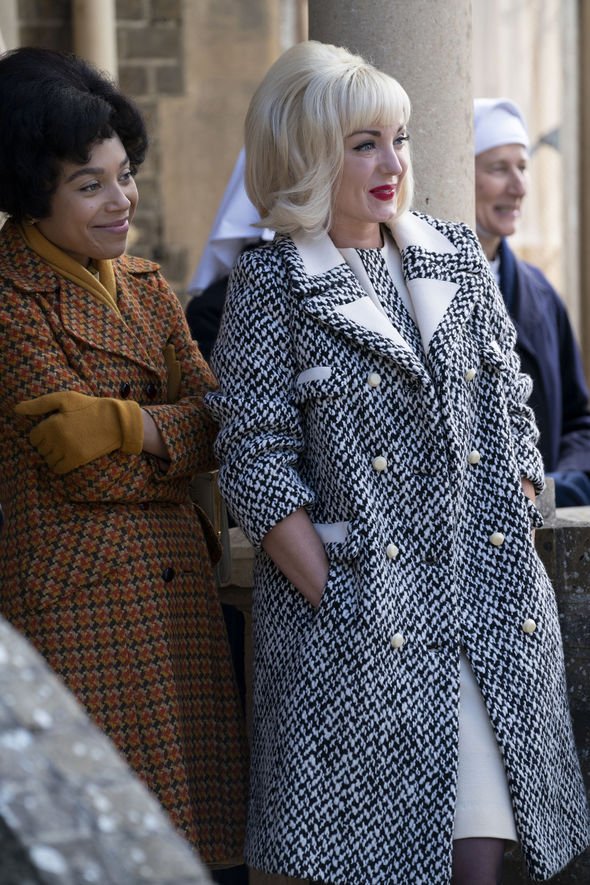 “So a wedding with Lucille would be something Cyril would long for. It would solidify his journey and feel like a new milestone for him.”

Some fans might be surprised when Leonie appears on screen over Christmas; she has been given a new look.

And “to a certain extent” the actress had a say in modernising her character.

“When Lucille joined, her fashion was inspired by the 1950s, so there were lots of circle dresses and sheath dresses.

“But we’ve now moved her forward, so there are some shapeless shift dresses, some drop waists and a new hairdo,” she told Radio Times.

As for the filming adaptations they have had to endure, “daily temperature checks” are in place, as well as directions keeping their social distance.

And there is also “a lot of red tape” around set to “keep everybody safe”.

Call The Midwife season one to nine are available to watch on BBC iPlayer now.