It came as meteorologist Carol Kirkwood, 60, presented the weather today from a stunning sunflower field in Alderton. The weather had taken a gloomy turn and the BBC Breakfast weather reporter sported a pink waterproof coat but was all smiles as she informed viewers of what was to come in the forecast. After expressing her love of the bright sunflowers, Sally Nugent labelled them as “looking sad,” to which Carol responded: “How can you say that?”

Earlier in the show, Sally stated: “We have sent Carol out to the most beautiful location.

“Unfortunately, we didn’t quite fix the weather for her.”

As she appeared on screens from a rainy field adorned with sunflowers, Carol commented: “You’re not wrong!”

However, she seemed in high spirits before she delivered the forecast, stating: “It is beautiful, though.” 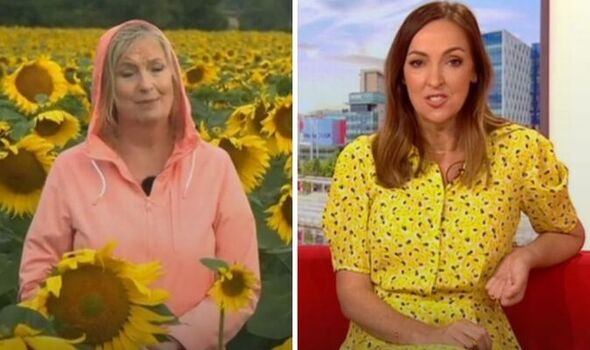 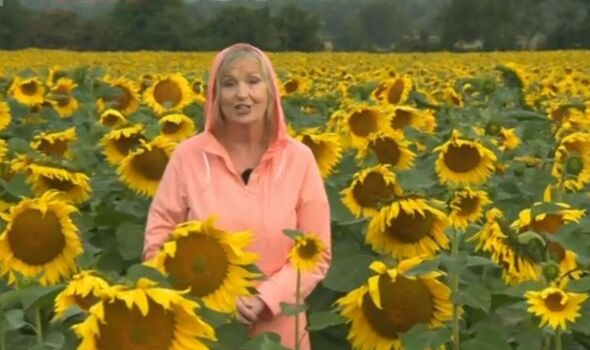 She explained: “I’m in Wiltshire, surrounded – do you know there’s 25 acres of sunflowers here, they were planted way back in April.

“Over a million seeds were planted – and just look at them!

“The reason they’ve been planted is because of the situation in the Ukraine and also Russia.

“Now, they produce 80 percent of sunflower oil and a farmer here decided he was going to do his bit to fill the gap in the UK. 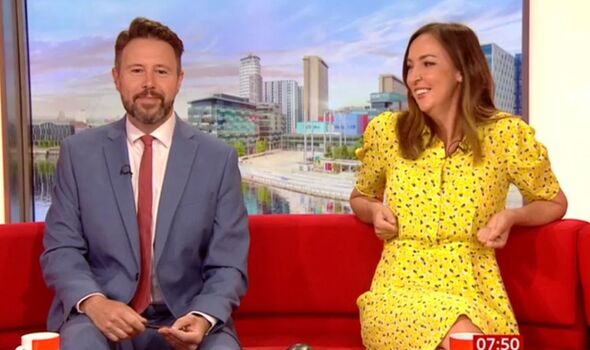 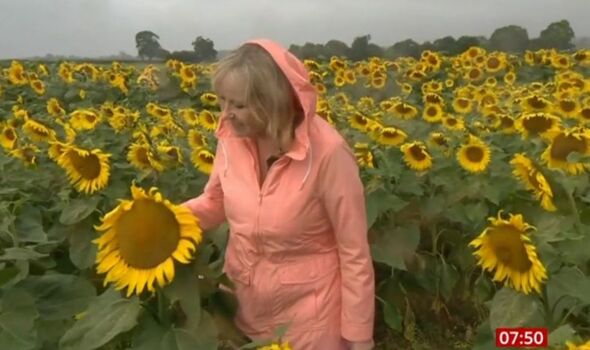 “They’ll be harvested in October and it’s the harvesting that’s the difficult bit.”

Carol couldn’t help but be distracted by her surroundings as she remarked: “But they are such a happy flower – look at that. Gorgeous!”

Later, Sally greeted Carol as she returned to give an update and claimed the field didn’t look as cheerful as Carol made out.

“The sunflowers look like they’re a little bit sad at the moment,” the Breakfast host said.

She added: “They’re not looking up at the sun anymore, are they? It’s the rain.”

A baffled Carol replied: “Sad? Sad?!”  as she seemed taken aback by the negative comment.

“How can you say that about a sunflower? Look!”

Pointing one towards the camera, she went on: “Gorgeous, gorgeous!”

Laughing, Sally told viewers: “She fixed that one!”

BBC Breakfast airs daily at 6am on BBC One.