Carol Kirkwood has been regularly updating BBC Breakfast viewers with weather news this week as many areas of the country prepare for extreme conditions. With flash flood warnings being issued to several regions following last week’s scorching heatwave, Carol joined Dan Walker and Louise Minchin to give those tuning into BBC the latest news on what the days ahead hold.

However, when the hosts cut to Carol for one of her weather segments, she had to correct them both after a clear blunder.

The blip first started as the show approached the 8:26am mark and Louise tried to share with viewers an insight as to what was coming up on the show.

Teasing his co-host for her error, Dan held his hands up and said: “Whoa!” 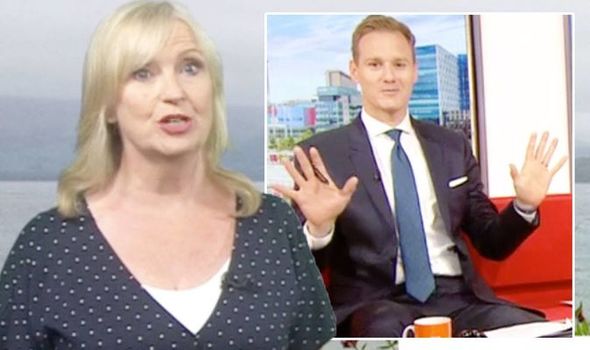 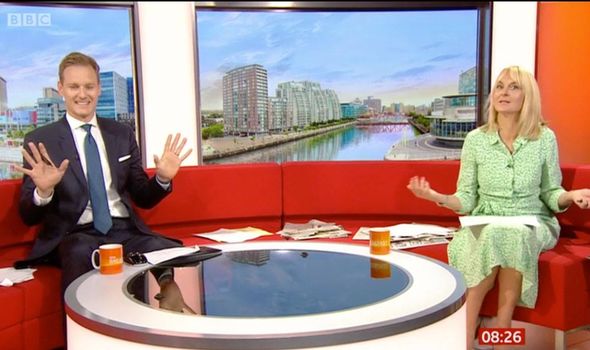 “It’s 8:26am, morning everybody! No lie in, sorry,” Louise joked as she realised her error.

Dan weighed in: “It is six o’clock somewhere,” as Louise got the show back on track.

After giving an update on what was to come, it was Dan’s turn to hand over proceedings to Carol, but he too ended up making a mistake in regards to the time of day.

“We’ll be speaking to Jessica (guest) in around 20 minutes time and we’ll obviously have the latest news and plenty more to pack in between nine o’clock.” 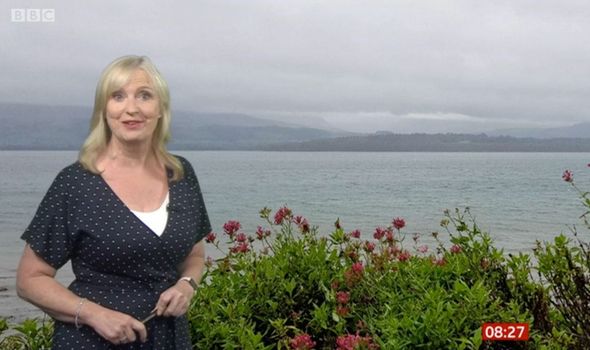 Louise and her co-host were left giggling after yet another timing mishap before she ended up introducing Carol.

“Shall we catch up on the weather?” Louise asked, before Dan added: “We’re all getting the time wrong here, sorry!

However, keen to make sure viewers had the right end of the stick, Carol decided to correct her colleagues’ blunder.

Carol then swept the blunder past as she shared the latest on what people can expect from today’s weather.

BBC Breakfast continues daily at 6am on BBC One.