Carol Vorderman gained nationwide fame presenting the popular game show ‘Countdown’, where she made more than 4,800 appearances over 26 years. She made her TV debut on the launch of Channel 4 in 1982 and became the first woman to appear on the broadcaster. There her ability to solve complex mathematical equations in a rapid time boggled audiences at home. But Carol’s talent was recognised decades before her first appearance on the small screen. She caught the attention of multiple maths teachers at school and honed being able to ‘beat the clock’ way before her TV years. But unearthed accounts reveal the educator who she considered an inspiration and who she credited for her love of tricky sums.

Carol Vorderman attributes much of her success to school teacher Parmer Parry, who despite ruling with an iron fist helped propel her to superstardom.

After her talent was recognised at Blessed Edward Jones Catholic High School in Rhyl, Wales, she was given additional lessons after school to further nurture her talent.

She admitted the educator was famous for throwing board-rubbers when pupils got answers wrong, during a 2009 Guardian interview, but remembered him fondly.

Carol recalled Mr Parry’s footsteps echoing down the corridors, due to him wearing steel-capped shoes, which she claimed psyched students up for calculus class.

The TV star described the teacher as someone who was “pretty wonderful, keen to push everyone to their best” and was reunited with him in 1997. 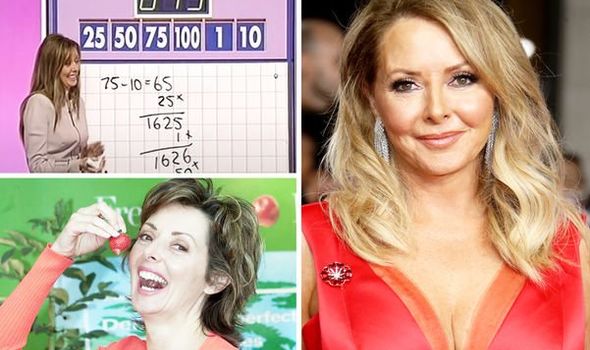 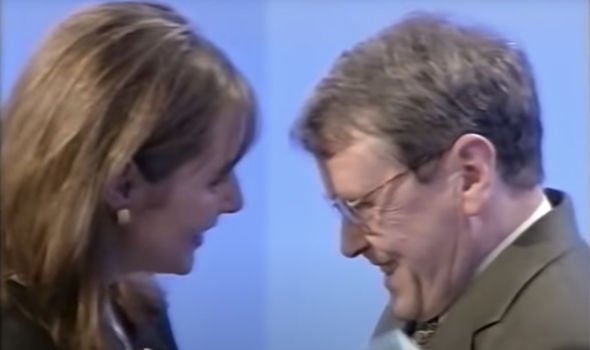 During an episode of the BBC show ‘This is Your Life’, she came face to face with the man who had helped to stoke her burning love of mathematics.

TV host Michael Aspel explained that Carol considered the teacher an “inspiration” and someone who “nurtured” her during those formative years.

Mr Parry proudly walked towards his former pupil, beaming as the pair embraced and gave each other a peck on the cheek.

Carol whispered “just the same” and “you look so well” to the educator as they smiled at one another.

As she recoiled her mouth dropped and as she lifted her hand to cover it, she quipped: “It’s a bit naughty having a kiss from your maths teacher, isn’t it really?” 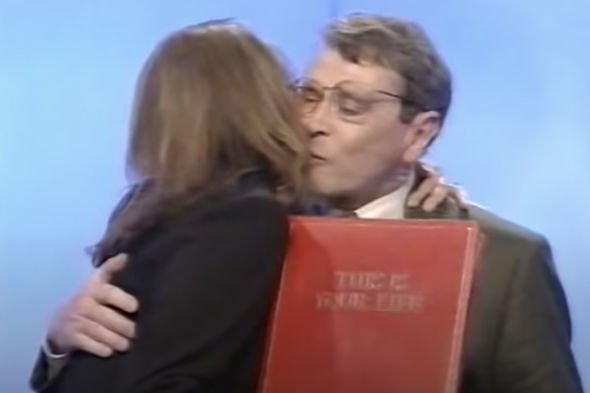 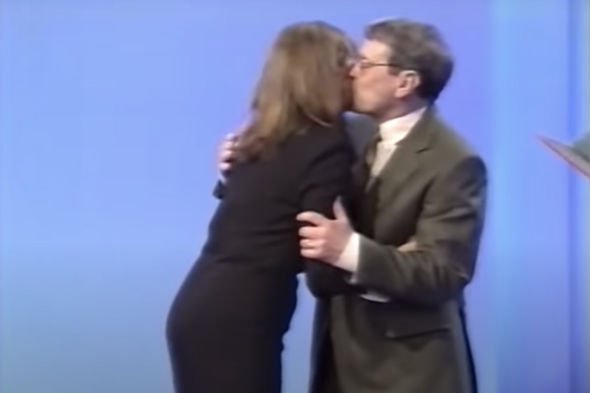 Host Mr Aspel told her “it’s alright now”, as she laughed while staring at the audience of her beloved childhood friends, family members and others nearest to her.

She clutched Mr Parry’s hand and held tight as he delivered touching words after being asked if Carol was his “star pupil”.

He said: “Well she was, her work was tremendous, whenever I had a pile of exercise books to mark I’d mark hers first… just to find out my own mistakes.

“Then I’d start marking the others. She’s a wonderful girl. We are very proud of her, all of us.”

The pair hugged and kissed once more before walking hand-in-hand to the front of the stage as the credits rolled – as the star’s then-husband Patrick King trailed behind them.