The doctor – who is played by Charles Venn in the popular medical soap – has a pretty rough time ahead of him after a run in with a man called Roy. 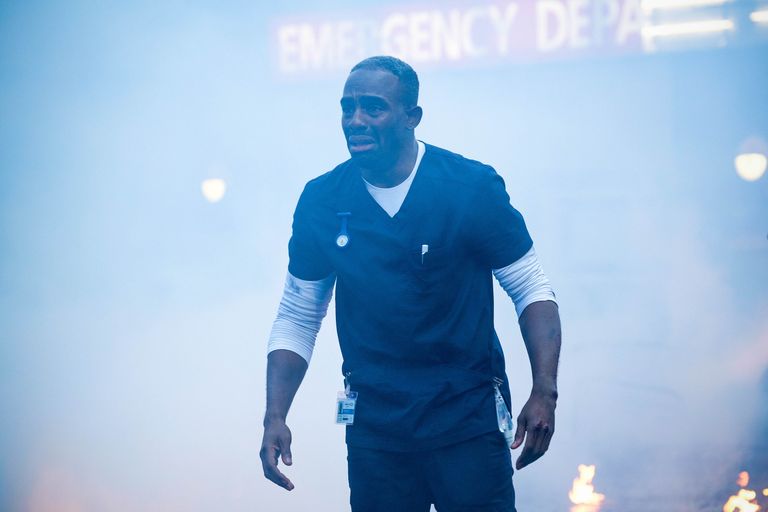 Jacob is already in a bad head space after Connie starts being awkward with him after she sees him talking to Nate's sister Tina.

This makes him second guess his decision of getting into a relationship with her was the best thing to do.

He soon forgets all about his love life drama when a 'patient' called Roy barges into the operating room where he is with a bomb strapped around his waist.

The patient picks on Jacob and blames him for losing his wife considering he was the doctor who looked after her a couple of months ago. 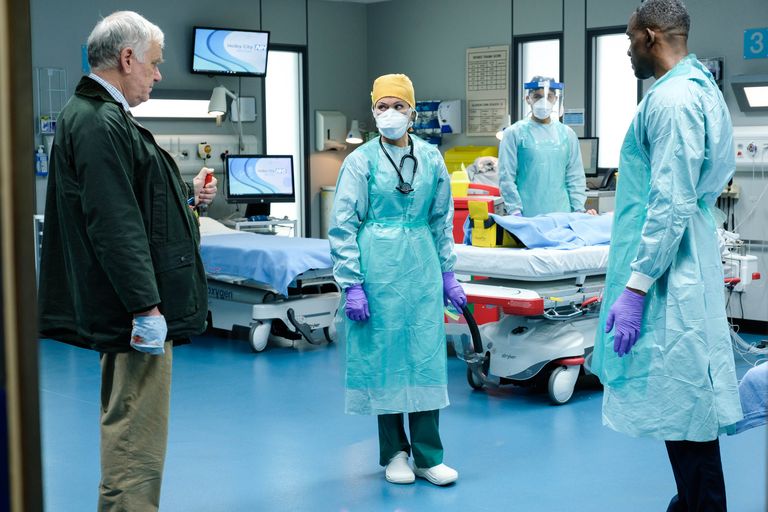 While he begs him not to press the button on his vest, Jacob manages to get the rest of the hospital to safety.

Roy explains to Jacob that he's angry with him because he failed to point out his wife's necrotising fasciitis.

A panicked Jacob tries to explain to him that the bacterial infection his wife had is extremely rare and he tried to do everything he could to save her.

It becomes clear that the troubled man has struggled to come to terms with his partner's death, especially during lockdown, and is looking for someone to blame. 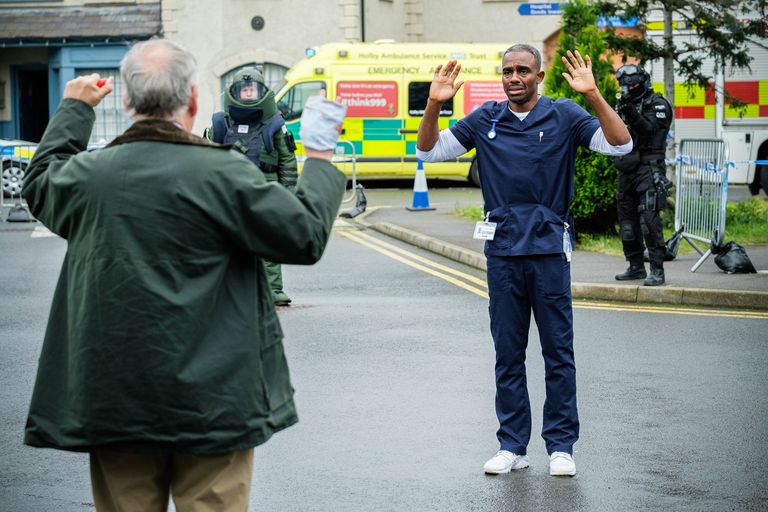 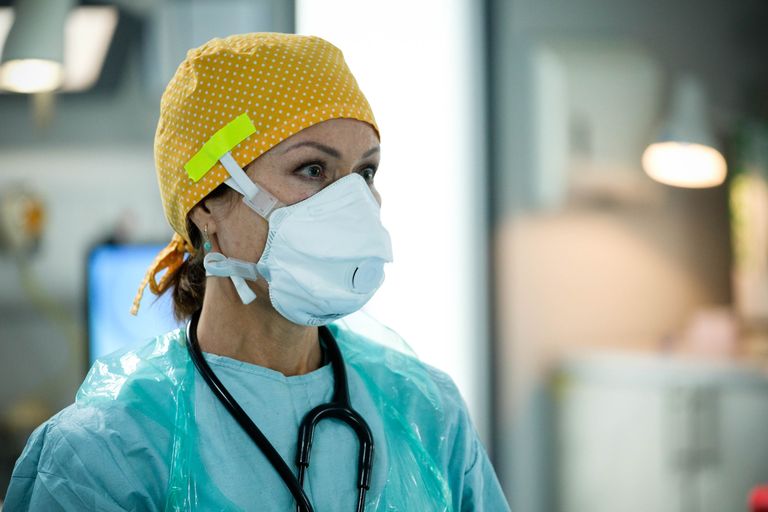 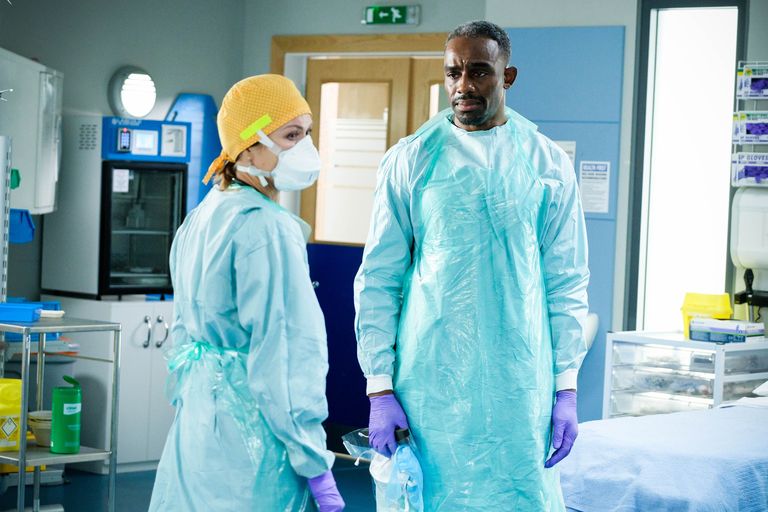 While Jacob battles with Roy to not press the button, Connie is left heartbroken as she believes that she'll never get to see him again.

After such an awful ordeal, where he nearly lost his life, Jacob realises what he wants in life – and it's not Connie.

And he brutally moves on from her quite quickly… can you guess who with?

Catch the next episode of Casualty this next Saturday (January 30) on BBC One.