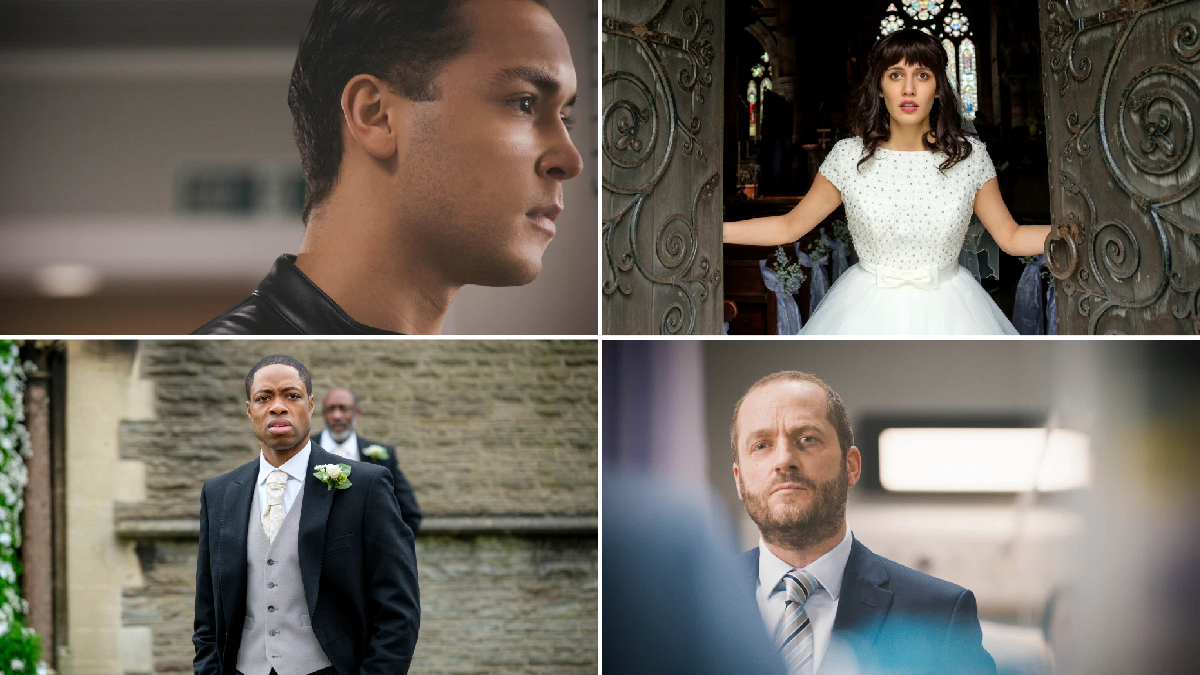 In the first of two Casualty episodes tonight, Marty (Shaheen Jafargholi) and Jan (Di Botcher) set out to trap Ciaran Coulson (Rick Warden) with Jan pretending to be a prospective patient at his clinic. Will she succeed in getting the evidence they need to make sure Ciaran doesn’t inflict the same kind of damage on other women as he has on Marty’s mum Bibi (Fisun Burgess)?

As Marty waits, he gets news from the ED. Bibi has been rushed back in to the department. What’s happened?

Tina (Adele James) is concerned when Jacob (Charles Venn) doesn’t seem to be his usual caring self as he struggles to run a busy department. Ignoring Charlie (Derek Thompson)’s advice, Jacob is determined to get everything running efficiently even if it means upsetting his team – but can Tina find a way to get through to him?

And an attack in a bar leaves a mother and daughter having to be honest with each other and find a way to move forward with their relationship.

Attention shifts to Fenisha (Olivia D’Lima) in the second episode. A call out to a cardiac arrest in a church throws her into disarray – this is the church where she was going to get married years earlier. As if that wasn’t enough of a walk down memory lane, there’s also a connection to new locum registrar Matthew Afolami (Osi Okerafor). Fenisha’s life is about to get even more complicated.

Rash (Neet Mohan) has a challenge on his hands when he has to work out what’s wrong with Ollie Hide (Harry Collett), who comes to the ED with some vague symptoms.

He has his work cut out as he’s got anxious David (Jason Durr) and the formidable Rosa (Jacey Salles) squabbling over how best to look after Ollie, and neither of them has much faith in Rash’s skills. Will he be able to come up with a diagnosis?