In the latest instalment of Celebrity MasterChef viewers watched Danny Jones, Lisa Snowden, Cliff  Parisi and Melanie Blatt try to impress judges John Torode and Gregg Wallace to earn a spot in the final. The first task they had to do was create a  “fantastical theatrical” showstopping dish although their presentations left viewers confused.

Before securing a place in the final the four remaining celebrities were set the brief of blowing away John and Gregg with a show-stopping creation.

Telling the cooks they could do whatever they wanted to impress them, John mentioned they could implement lights, smoke, mirrors and even fireworks to accompany their dish.

Given one hour and 45 minutes to complete their meal, the stars were told that at the end of the round one of them would be leaving the competition as it gets whittled down to three.

It wasn’t long before viewers discovered that each final dish would look very different as the finalists revealed what theatrical elements they’d be adding. 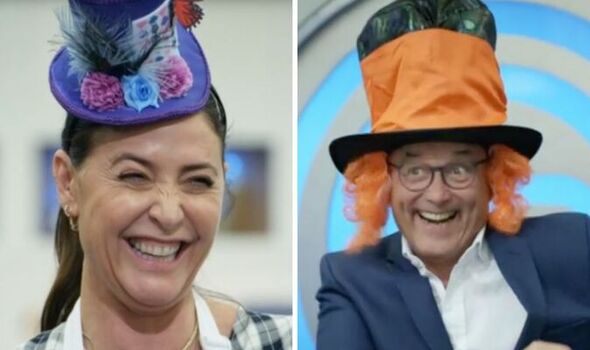 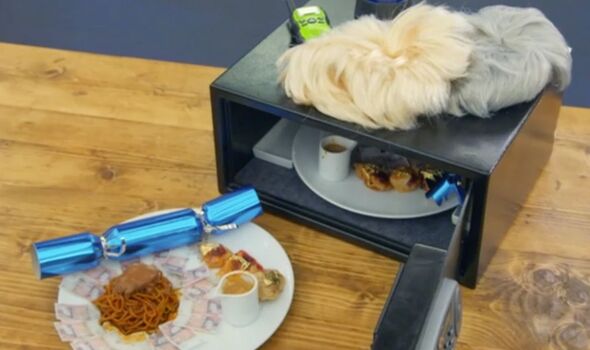 Cliff shared that his meal would be inspired by crime detective show The Sweeney with the judges having to break into a safe to get into their meal.

Danny on the other hand was drawing on his early days in McFly and wanted to present the food in a guitar case with smoke coming out of the sides.

Mel was using the season Spring as the catalyst for her meal with Lisa opting to do a twisted tea party similar to Alice in Wonderland.

When it came to serving Gregg and John, Lisa made the duo wear mad hatter top hats with ginger hair on the sides and Cliff spoke to them both via a walkie-talkie. 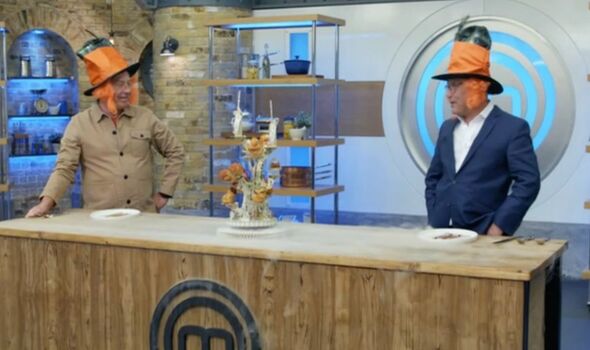 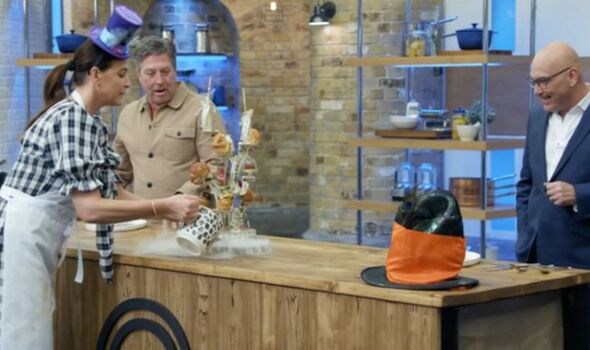 Watching each celebrity serve their theatrical dishes left viewers completely confused as to what was happening with some finding it unnecessary.

Michael McCartney said: “PLEASE HELP ME WHAT IS HAPPENING PLEASE”

With Pidders asking: “Just stumbled on #celebritymasterchef for the first time this series. John and Gregg are wearing wigs – wtf is going on?”

Cath Hiley said: “With the fancy dress this is morphing into Strictly Come Masterchef”

While Twitter user MGR1711 commented: “I never thought this show could get on my nerves but this is cringe.”

Despite his best efforts to impress John and Gregg with his crime-inspired Chinese takeaway dish, Cliff found himself being sent home during the show-stopping challenge.

Delivering the news to the finalists, John said: “Cliff, your food has been generous, you’re good fun.

“It’s been wonderful competition and we’re so sad to see you leave.”

Thanking them for their time, the Call The Midwife star admitted he’s found a new love for cooking and has made some friends from his time on the show.

Speaking to the camera, he said: “I could say that it’s easy, going out at this point it’s not, it’s hard.

“I’ve come so far and I’ve never ever expected to be here so it’s all a plus.”